Sugar, spice and extreme danger with a chance of bodily harm are the ingredients for a good dungeon crawl; and solid gameplay and memorable mechanics are the ingredients for a fun videogame experience. Dungeon Munchies takes up the executive chef role in an attempt to cook up a game that mixes up all of these aspects in a finger-licking Action-RPG, adding in a generous pinch of humour, seasoning it with plenty of story and topping it off with memorable (and very cute) characters.

The player takes control of a reanimated zombie and is subsequently employed by the ghost necromancer (and chef!) Simmer to help in her quest for magical ingredients, lost recipes and a way out of the mysterious underground facility where she once spent her life alongside friends - some of which are also under her employment plan. Fight, gather, cook and eat your way through a dungeon with as many combinations of power ups as your stomach can handle.

The Good - Kiss the chef!

The pinch of seasoning that brings Dungeon Munchies together as a good experience, enhancing every other positive aspect is simple but so, so important: the game is a riot. From character interactions and portraits, to descriptions, sprite work and small tidbits of worldbuilding, Dungeon Munchies is a very comedic game that has its visual humour cooked up to perfection. Menus and characters are full of small visual gags and quirks that will bring, at the very minimum, a good chuckle out of any player that cares to take a moment to look over what’s happening. It’s not a particularly highbrow type of humour but it’s an onslaught of dark & dorky humour that will make the day of any player that appreciates silly comedy. Dungeon Munchies is clearly having fun with itself and it’s truly contagious; a true full course meal for those players that appreciate silly and easy comedy (take the screenshot below for example as a frying pan with a face that looks bored or sad as you browse but when you cook, the face lights up in this absolutely delightful evil cackle like it’s an evil overlord setting fire to a country. It’s so stupid and I love it so much).

Following just behind the humour are the story and characters. Dungeon Munchies has a very involved character-driven plot line that both advances quickly and doesn’t take time away from the gameplay segments or drags on for too long, while giving the player plenty of context as to who’s around them in the world, what makes each character tick and even more mysteries to entice them to proceed further. In the story and character relevant sections, it’s possible for the player to talk to the characters again and again in order to get to know them better and see how they interact with one another in the game’s trademark silly, yet oddly wholesome manner. It’s a game full of dark humour and dangerous monsters but some of the most memorable moments with the characters involve learning about how much of an absolute dork every single one of these beings were in the past - and still are in death. On the other hand, exploring the underground facility-turned-dungeon has its own sense of story progression and the player has reasons for enticing them to try and comprehend what happened to the world itself as they advance through the game.

As an addendum, the character portraits are drawn in a cute but far from overbearing anime style that truly elevates the serviceable pixel art scenarios and sprites. Dungeon Munchies goes the extra mile to have a game that has its beautiful and expressive moments in spite of most of it being in simple pixel style, with an extremely fitting musical score for the more important moments. The character portraits are clean and charming, not to mention being excellent vehicles for more subtle visual gags that would be impossible to make on the small sprites of the game's overworld. It also bears mentioning that the ghost Necro-chef Simmer, being the closest thing to a main character that actually speaks, has absolutely golden portraits and gags all to herself, being a joy to watch in every one of her plentiful appearances. She might just be the most adorable ghost this side of Casper.

Topping it all off like a sweet dessert is the content. Dungeon Munchies feels like it should be a fairly short game but there’s enough to really sink your teeth into for a good chunk of time. There are multiple areas to explore, many kinds of enemies and recipes to cook and find and an incredibly large amount of combinations to cook and create. Dungeon Munchies allows the player to power themselves up with any combination of seven magical meals at a time, plus any combination of one primary and one secondary weapon. With every magic meal having its own effect, some interacting with different weapons in different ways, and the fairly expansive catalog to both categories, the player has enough experimenting room to whip up their perfect meal and kitchen tool set according to their own taste and go on to snap monsters in half for further ingredients.

Story and character wise, Dungeon Munchies does a truly excellent job. It feels like it would be an excellent movie or animated series in another universe. Sadly, it is a video game and there are aspects other than characters and story through which video games are judged, such as gameplay. And Dungeon Munchies plays poorly.

The core of the issue is the movement - Dungeon Munchies feels extremely floaty, with hard to control jumps, momentum that shifts very suddenly at a glance and unconventional arcs. The game gives the player more and more dynamic and fast movement options, such as double and triple jumps, dashes and midair dashes, but rather than feeling dynamic and freeing, it oftentimes feels like the zombie under the player’s control is more of a pinball with a life bar that is unable to stop itself from slamming face-first into spikes, enemies, monsters and the knife drawer on the way to the kitchen. Sometimes, trying to double jump onto a platform will have the zombie shoot off like a rocket the very moment his feet touch it as a buffered input rather than slowing down the momentum; and then of course, there will always be stage hazards in wait. The simple act of moving feels janky in Dungeon Munchies, even without the added mechanics.

And speaking of mechanics, Dungeon Munchies has many of them primarily based around the generous customisation of meals and weapons. However, it’s soon made clear that these meals are more like snacks. Weapons quickly become victims of power creep for upgraded versions of the same weapon, often only one or two areas later as the player kills a new enemy, obtains a new material and is immediately able to craft the next thing. The meals themselves all have different effects but some are potentially game-breaking by themselves or end up being shallow, resulting in a poor fit to the game’s high speed, low control, all-over-the-place combat. Everything is worth experimenting with once but many of these undercooked options lack seasoning.

Said combat often happens in very similar situations, too. Although there are many areas with shiny new coats of paint and new enemies, the actual level design itself is nothing to write home about. There are a lot of hallways in dungeon munchies and it’s not uncommon that enemies are placed either in very tight corridors or in a slightly bigger open area. Although it’s not too bad during the early game, it very quickly becomes jarring and annoying as certain types of enemies appear with their own new mechanics and seem to completely break the difficulty and balance of the game over their knee.

Dungeon Munchies' humour and characters resonated with me in a very personal way and I was laughing and chuckling my way through this game despite how bad the general gameplay itself felt at times. The game feels like it’s having fun with itself the entire way through and I am someone that felt that very heavily and joined in. I enjoyed my time with Dungeon Munchies in a very honest way despite how imperfect I know it is and the story and character moments simply matter to me much more than the gameplay shortcomings in this case.

Dungeon Munchies has its problems, without a shadow of a doubt, and for the more gameplay-oriented players, it might be unsalvageable; But for those that appreciate story and characters and are happy to embrace something not too serious and willing to have heavy ammounts of stupid fun with dark humour, references and a group of dorks that one could find in their own friend group, Dungeon Munchies is more than satisfactory. It is comforting.

Dungeon Munchies is not a five or four star meal; It is comfort food - a greasy, everything-on-top pizza that you share with others on a friday night when everyone is feeling too lazy to go and grab takeout. And sometimes, that just tastes much better than an expensive steak.

Thank you for checking out our Dungeon Munchies Switch review, thank you to Chorus Worldwide Games (via Player Two PR) for providing the review code and thank you to our $5 and up Patreon Backers for their ongoing support:

For more reading, check out our review of The Artful Escape. 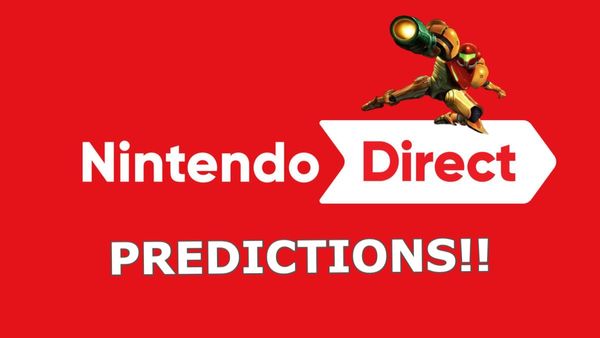 Tomorrow's Nintendo Direct has the potential to be a big one, being 40 minutes long and to focus mainly (but not exclusively) on games releasing in the first half of 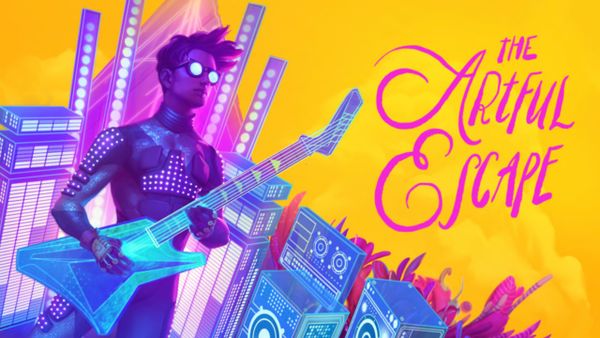 "The Artful Escape lacks substance as a video game."