Originally released on Nintendo 3DS, Layton’s Mystery Journey: Katrielle and the Millionaires’ Conspiracy made its way to the Nintendo Switch in a deluxe edition in Japan. It has now been confirmed that the game will indeed be coming to the west. Here’s the rundown:

Puzzle fans will be grabbing their magnifying glasses, notebooks and Joy-Con controllers this autumn, as LAYTON’S MYSTERY JOURNEYTM: Katrielle and the Millionaires’ Conspiracy – Deluxe Edition launches for Nintendo Switch on 8th November. Attendees at the Japan Expo event in France this weekend will be the first in Europe to get hands-on with the game, experiencing the distinctive Layton aesthetics and puzzle-solving gameplay in HD on the TV screen.

In this entry in the Layton mystery-puzzle series, the famous Professor Hershel Layton has gone missing, and it is up to his daughter Katrielle – a smart and spirited young lady with a knack of arriving at the truth in spite of paltry evidence – to take centre-stage as our new protagonist. She is aided in her endeavours by a colourful cast of characters new to the series, including a young student named Ernest Greeves who acts as her assistant, and Sherl, a talking dog who begins as Katrielle’s first client but quickly becomes her sidekick.

LAYTON’S MYSTERY JOURNEYTM: Katrielle and the Millionaires’ Conspiracy – Deluxe Edition marks the first time that a LAYTON series game is playable on TV screens, providing the perfect opportunity for would-be sleuths to share the joy of puzzle-solving with friends and family. The controls are as simple and intuitive as ever, with the game playable using either button controls, motion controls or the Nintendo Switch’s touch screen while in handheld mode. Furthermore, a host of new content and updated gameplay features mean that there is plenty to wrap one’s brain around for LAYTON series fans and newcomers alike. Here is an overview of what’s new:

Layton’s Mystery Journey: Katrielle and the Millionaires’ Conspiracy will be making its way onto Nintendo Switch on November 8. It’s party time! Pack your carry bag, grab those Joy-Cons and get ready to compete with your friends and family in some wild Nintendo Switch party games! This 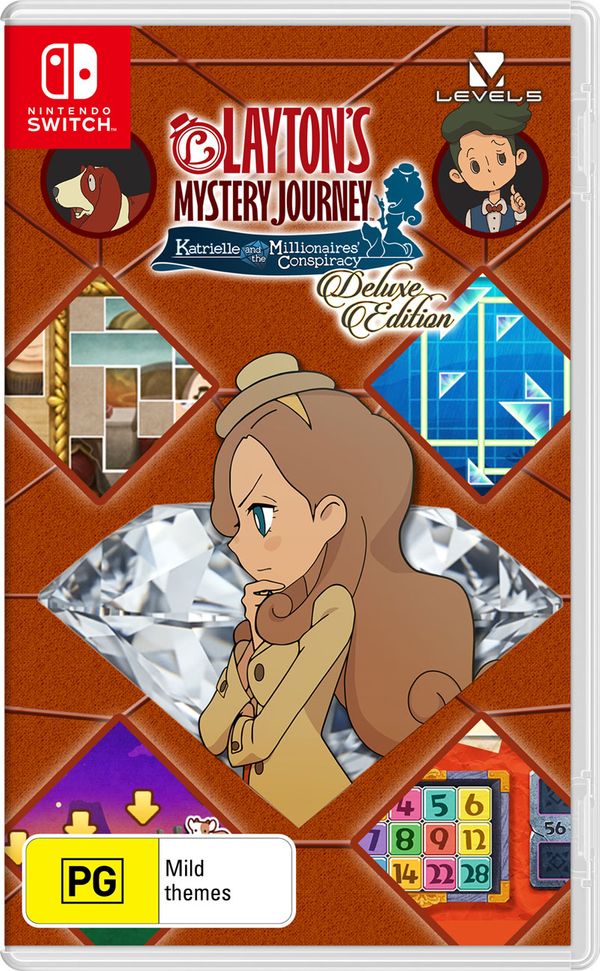 Originally released on Nintendo 3DS, Layton’s Mystery Journey: Katrielle and the Millionaires’ Conspiracy made its way to the Nintendo Switch in a deluxe edition in Japan. It