In a somewhat strange move for the series, Harvest Moon: Mad Dash has officially been announced for release in Europe by Rising Star Games due to popular demand. Here’s the rundown:

Natsume Inc., a worldwide developer and publisher of family-oriented video games, and Rising Star Games, video game publisher and long-standing partner of Natsume, today announced they have partnered to bring Harvest Moon: Mad Dash, a fast-paced farming game for the Nintendo Switch and PlayStation 4, to Europe this fall.

“Harvest Moon: Mad Dash creates a new experience with the familiar harvesting and farming fans love, but at a frantic puzzling pace!” said Hiro Maekawa, President & CEO of Natsume. “We are happy to introduce a new way to enjoy Harvest Moon with friends and family. The rapid puzzles require quick thinking, so players can grab a friend or two to work together in multiplayer mode to add even more to the fun!”

“Yeah, when we saw the excitement that Harvest Moon: Mad Dash generated at E3, we knew we had to bring it to Europe as well,” says Brjann Sigurgeirsson, CEO of Rising Star Games. “The fast-paced farming madness of the game is just irresistible. I’m convinced longtime fans and new players alike will be thrilled when we release Mad Dash this fall.”

Go solo or take a few friends along for the frenzy! Harvest, fish, milk, and more as you fulfil orders to complete each level! Things may start out easy, but you’ll hit the beach, the farm, and even the Underworld as you progress through the game! Have you ever tried to grow crops with molten lava falling on them?! That and other obstacles await you as you and your friends try to clear all the levels to restore the broken lighthouse!

No trailer has been provided and we couldn’t see any official footage of the game, but we do have some screenshots…

As stated in the press release, Harvest Moon: Mad Dash plans to release this Fall for Nintendo and PlayStation 4.

The launch of Super Monkey Ball: Banana Blitz HD is just around the corner on October 29th, and here we are with our first look at the remastered gameplay. Check 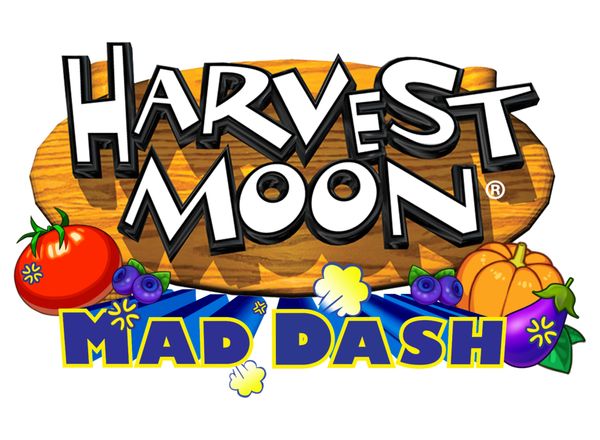