Celeste is a game full of powerful story moments and tough as nails platforming. The gameplay is very reminiscent to titles such as Super Meat Boy, but more forgiving in its approach. Celeste encourages you to try your best despite those moments when you feel as though it is hopeless, which ties in with the overall theme of the game.

Celeste follows the story of a young girl named Madeline who suffers from anxiety, low self-esteem and frequent panic attacks. Her goal is to climb the mountain Celeste to prove that she can overcome the voice inside her which tells her that she can’t. This game expertly empathises with those who suffer from mental illness and shows a great level of understanding.

Madeline interacts with various NPCs around her, and these dialogue sections show just how confusing mental illness can be for both the person experiencing it and for those around them. These interactions also provide encouraging messages that are in context to the game. Celeste demonstrates positive cognitive thinking methods that are commonly used to deal with symptoms of anxiety and depression. All of this is done through witty dialogue that can provide a laugh or two. It’s not all doom and gloom as Madeline is a fun and bubbly character whose anxiety can sometimes get the better of her. Madeline is a kind girl who often puts others before herself, a common occurrence with people who suffer from anxiety and depression.

Celeste also deals with accepting your problems and not trying to run from them; trying to learn from your mistakes rather than just simply giving up and wishing they’d go away.

If we are to compare the game’s approach to Super Meat Boy for a moment, that title tries to encourage frustration in the player by showing off your deaths. This is in contrast to Celeste that encourages you to persevere and to keep fighting no matter how many times you fail. It is a heartwarming approach that makes you feel as though you can learn from each and every death.

As you progress, Madeline interacts with her “more pragmatic side”, which is simply another way of talking about that voice in her head responsible for her anxiety and low self-esteem. The story takes on many clever twists and turns that will leave you itching to learn more.

As you run into NPCs along the way, you’ll find that many of them share common traits of battling inner turmoils. There are moments where the game allows you to continue conversations with NPCs to learn more about them, ultimately fleshing out their backstories.

The world and Madeline’s surroundings that you can interact with paints a much grander picture of what is taking place. The environments present themselves in such a way that provides further context to the overall narrative.

Celeste has moments where you get lost in the dialogue as it is so raw and honest. It is truly heartwarming to see this topic spoken so freely in a video game.

Celeste is a very challenging platformer that requires precision timing and pinpoint accuracy. For those who are not skilled at platformers, there is an assist mode that allows the player to experience the story without the added difficulty. Madeline can jump in eight different directions, dash, climb walls and perform other techniques that you can uncover later on in the game. When you die (and believe me, you will), you simply go back to the beginning of the frame, encouraging you to learn from your mistakes and to try again.

The climbing mechanic feels clever and intuitive, allowing for expert wall jumps and difficult challenges. Madeline also has a limit to her stamina when she is climbing, so she cannot hold on to a wall forever.

The dash mechanic is an ingenious method of adding more variety to the challenges. You only get one dash per jump, so you’ll need to use it wisely. Madeline’s hair also changes colour to indicate whether you have already used the dash mechanic. Whilst the precision platforming with the dash mechanic does provide a nice challenge, using the analogue stick whilst being limited to just eight directions can sometimes make you dash in a direction that you didn’t mean to go. This can add a layer of frustration to a game that is encouraging you to keep a level head.

Celeste doesn’t focus too heavily on tutorials and allows you to learn by doing. Other hints and tips are provided in loading screens on charming postcards which adds more personality to the plot.

In most frames, there are strawberries that you can collect. These collectibles do not have any effect on the game, they are just another challenge that are completely optional. However, when you collect the strawberry, you also need to make it back on to a safe surface. This disregards attempts of simply going for the Hail Mary and sacrificing yourself for it without consequence.

There are boss “fights” that simply require you to make your way through difficult platforming sections with an enemy obstructing your path. These sections require some quick reflexes and speed if you are to get through them. It is a unique take on the boss battle trope and mixes things up in new ways.

HD Rumble feels really intuitive in Celeste. It doesn’t provide anything special, but the tactic feedback does make the game, and the mountain, feel more alive.

The level design is potentially the most crucial part of this genre. If the platforming isn’t fun and exciting, then there’s no incentive to continue. Luckily, Celeste’s world design is on par with some of the greats, each new frame being as spectacular as the last. They require you to think every time before you attempt to tackle them and you learn more and more each time you die. As previously mentioned, the strawberries add a nice little bonus for extra challenge and they mix up the strategy you’d use before attempting them.

Celeste adds a lot for replayability, including branching paths, many collectibles, hidden secrets and B-Side Tape collectibles in every chapter that also needs to be found and collected. These B-Sides add new twists onto existing chapters. There are hidden areas that require a bit of exploration and you can uncover some truly fantastic easter eggs.

Madeline spends a lot of her time dashing through the air with the help of diamonds that allow for an extra dash. Sometimes you aren’t platforming, rather weaving through obstacles. As you proceed through different chapters, there are many different features that dramatically affect the way that you traverse the levels.

Branching paths allow for some exploration and replayability, but it can be upsetting knowing that you cannot go back every time to see what was on the other side. Sometimes the game doesn’t let you go back to a previous frame which prevents you from seeing what’s ahead before you go for that strawberry.

At times, it can be difficult to discern which way you need to go to proceed through the story. You could argue that in terms of game design, a map could have been useful; however, they may have opted not to provide a map for the sake of the story.

Celeste has a simple 16-bit art design that you commonly see with indie titles lately. But where this game really shines is how it uses this direction. There are many whimsical weather effects that take place, and the 3D lighting adds a layer of depth onto a flat 2D plane.

Character portraits during dialogue sections are well designed and sometimes have funny and unique animations. There are also some idle animations that add an extra level of charm to this already charming game.

Quite often, you’ll find yourself stopping just to marvel at some of the intriguing backgrounds…

As soon as you get to the main menu, you are instantly greeted with beautiful piano music that holds a sense of wonder and scope. Celeste’s levels each have their own unique tracks that perfectly encapsulates their moods. The only downside is that the tracks can become quite repetitive the longer you remain in the chapter.

Most tracks are retro inspired, carrying on the motif that is encompassed with the 16-bit art style. However, you may also find that these tracks also boast a modern twist. Celeste also allows for environments to affect the music, such as being submerged in water adds a muffled effect to the track.

The music is appropriately epic during boss fights and intense moments, but it also knows when to be sombre to convey the right mood.

The B-Side Tapes that were previously mentioned requires you to complete a platforming challenge that is primarily rhythm-based. These sections are expertly designed alongside catchy and challenging tunes.

The B-Side levels have new tracks that are just an absolute treat to play along with. And you’re going to need great music, because those levels are challenging!

If someone were to argue that video games aren’t a form of art, you’d show them Celeste. The story; the music; the visuals; the dialogue; the underlying themes; they all come together to make a truly impactful experience that cannot be replicated in other forms of media.

Some of the themes throughout this game may hit a little too close to home at times if you are someone who suffers from anxiety and depression. However, the nature of this game is presented in a way that encourages the player to give it their all and to be proud of ourselves, even when we’re feeling our lowest.

For anyone who loves video games, is curious about mental illness and doesn’t suffer from it themselves, Celeste is the first game to recommend. It approaches the topic in such an open way as well as being a fun and enjoyable experience.

Luckily, this game isn’t just a great story. The platforming is challenging yet fun. Celeste can hook you and provide that same level of risk-reward as other titles in the genre.

However, the difficulty does come with a caveat in that it is certainly not a game for everyone. You can adjust the difficulty by using the assist mode, however that can take away a lot of what makes this game so great. Hey fellow Switchaboos, let’s take a look at this week’s new releases for the Nintendo Switch! We have a jam packed week with 14 games coming out and 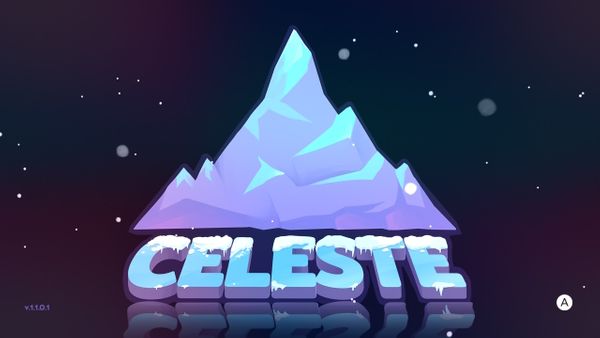 Celeste is a game full of powerful story moments and tough as nails platforming. The gameplay is very reminiscent to titles such as Super Meat Boy, but more forgiving in