For a while now, games have strayed away from the idea that multiplayer is included with every game. First it did away with couch co-op for a more robust online suite, and then they dropped multiplayer altogether in order to focus more on single-player gameplay, which developers and publishers now know, without a doubt, definitely sells. This left a gap in the market for online multiplayer games to be quickly filled with games wholeheartedly dedicated to it like Overwatch and Fortnite. However, this does not fill in this gap in the market perfectly, as online multiplayer does not capture the sheer chaotic energy of playing a game beside your friend or sibling, shouting victoriously in shared accomplishments or hard won triumphs. Many games fill this void, most of which obviously come from Nintendo, but no game captures this chaotic, stressful, yet rewarding multiplayer experience like Overcooked!; in my mind, it is one of the best new couch co-op experiences available today. However, Camped Out! steps up as a new contender in the market of couch co-op, billing itself as a frenetic experience for friends and families for up to four players to do as the name entails - camp out.

When played as a multiplayer game, Camped Out! lives up to its promise of being a frenetic experience. Each level has a set amount of goals that must be completed in a small amount of time, with plenty of hazards and not a lot of room to work. You must also utilise a set of tools, which all get gathered into a small, jumbled pile by the very nature of how they’re dispensed, furthering the cluttered and chaotic nature of the game. Each level has a set amount of wildlife meant to hinder you by stealing supplies you’ve gathered, and hazards to avoid in order to achieve your goal. Of course, the game can be played alone, but it is best enjoyed with more people; the more, the better.

Unfortunately, Camped Out!’s good qualities end there for me. My chief complaint is that the game is very repetitive. While hazards change and become more difficult as the game progresses, the basic core remains entirely unchanged. You are given three goals in each level, and the game does not deviate from them. Normally when talking about a title’s core gameplay loop, one needs to be very reductive. For example, in Overcooked!, the core gameplay loop is cooking food. However, there is much more to the game than that when you consider its recipes, how you go about cooking the recipes, and servicing the customers. In Camped Out!, I do not need to be reductive in talking about the gameplay loop of: Build a Camp, Build a Fire, Go to Sleep. Those goals do not change or deviate, and the player only finds literal hurdles in the way of achieving those goals in the form of spike pits and ghosts. This makes the game fun for a few hours, then very dull from then onward.

Secondly, while Camped Out! does feature a single-player mode, it is basically not worth playing. It removes all of the stress and chaos from the game that is the game’s main selling point, and turns it into a boring chore simulator. The normal difficulty when played alone isn’t balanced, which makes the game difficult in a very annoying sense. Every task you’re given has a time limit, and failure to complete the task within the time limit resets the task completely. Imagine being halfway across the map, and your tent explodes into a pile of sticks and rope while you’re gathering rocks. By the time you start heading back, the squirrels have come to take your sticks, as is of course the usual concern when camping, and scatter your rope and packed tent to the four winds.

Finally, the game’s art style is unimpressive. The characters in cutscenes and splash art look lifeless. They are made to look cartoonish with things like big, wide eyes and four fingered hands, however there is a little too much detail which ends up making them look uncomfortable. One particular issue I want to mention is the character Covington, while he wears a turban, it was fairly hard to tell when looking at his character in-game as the amount of detail made it look like hair. Finally on this topic, I respect the team for putting racial diversity in the game by making two of the three characters nonwhite, however I must raise an eyebrow on the racial sensitivity front. Quintana is a black, Australian Indiginous girl who has a little bit too much attention given to her lips when no other character has lips at all.

My personal opinion on Camped Out! is that it is not worth your time. However, there are definitely things to enjoy if you like a chaotic, somewhat stressful couch co-op game, overlooking its flaws. But I would be remiss if I did not mention that this game looks and feels like a nickel and dime knock off of Overcooked!. I brought up Overcooked! a few times in this review because, personally, I believe Camped Out! fails at every aspect that Overcooked! succeeds in. I would not dissuade someone from purchasing Camped Out! if the issues I put forth here are of no concern to you, but even as you press the buy button, I would remind you that there are better choices out there for a frenetic couch co-op experience.

Thank you for checking out our Camped Out! Switch review, thank you to INCA Studios for providing the review code and thank you to our Patreon Backers for their ongoing support:

For more reading, check out our Live A Live review.

"A work of pure passion and love, and it more than shows. 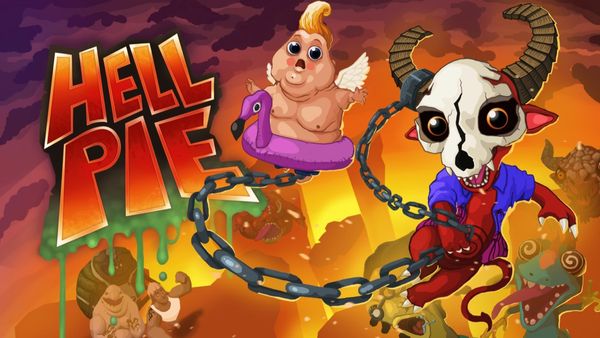 "Play this game, just not on Switch."