This game is purely a Zelda clone, and not in a good way. Manipulating the seasons to solve puzzles sounds like a good idea on paper but the overall execution of this game is extremely lacking. Every aspect of control with this game seems to work at half speed: combat is clunky and inconsistent and the season switching mechanic is slow and cumbersome; even moving around the overworld just feels off. It’s a real shame this game turned out the way it did, because it could’ve been something really special.

Enjoying our Ary and the Secret of Seasons Switch review so far? Don’t forget to like us on Facebook and follow us on Twitter for more Nintendo Switch content. Also, please consider supporting us on Patreon so that we can continue to do what we love doing.

The level design itself is decent and the season puzzles are probably the best thing about the game. That being said, they’re still nothing all that special. Imagine the most tedious dungeon in your least favorite Zelda game and then you might have a good measure for the dungeons in this game. They aren’t terrible per se, but the fact that the high point of this game is so low is pretty sad.

My first impression with the story is that it’s derivative to a fault. Fans of animated Disney films will see the inspiration for this game right away. Despite its lackluster framework, it does set up an interesting (albeit still derivative) story about gaining mastery over the seasons. The voice acting is decent and the dialogue has great moments but overall, the story is just as underwhelming as the rest of the game. Even if you’re a fan of Mulan and Avatar The Last Airbender, you likely won’t find this story all that appealing.

The graphics might look okay, if you squint. Otherwise, this looks like it released on the Wii. Ary and the Secret of Seasons features an ancient Chinese aesthetic that looks quite good while you’re standing still however once you move, the illusion disappears. The overworld is filled with motion blur, frame rate dips and disappearing textures. Some of this might be chalked up to being a pre-lauch copy but even if these performance issues were fixed with a patch, nothing short of a full overhaul would make this game look good. Oh, and the enemy designs are downright silly.

The music is another high point. It’s smooth and flows well with the action. It’s perhaps the most functional artistic effort made by Ary and the Secret of Seasons. A diamond in the rough to be sure, but I’ll give credit where it’s due: the score is actually pretty good.

This game is quite a mess. Between the lack of originality in nearly every aspect of its design, the glaring performance issues and bland inconsistent combat, there isn’t much good to say about it. On paper, Ary and the Secret of Seasons seems like a home run, but the lack of proper execution took this game that could’ve been a charming cult classic and turned it into a Playstation 2 title that you loved as a kid but realize it sucks as an adult. It’s a damn shame that this game is as bad as it is, because it had the potential to be decent. Even if the performance issues are patched, it won’t be enough to get this derailed train back on track.

Thank you for checking out our Ary and the Secret of Seasons Switch review, thank you to Dead Good Media for providing the review code and thank you to our $5 and up Patreon Backers for their ongoing support: The wait has been long but the video game to acknowledge the late AVICII is out now on Nintendo Switch. In AVICII Invector Encore Edition, this track-based rhythm game allows 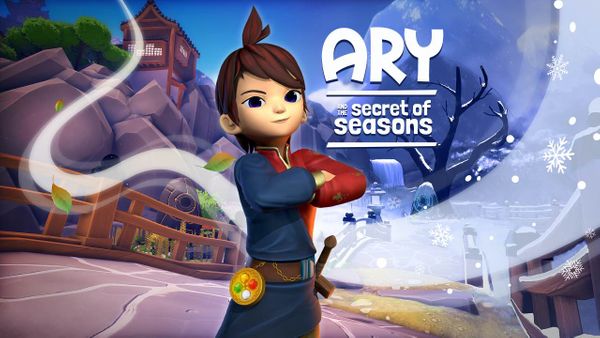 Ary and the Secret of Seasons is a game that looks like something I would enjoy, but can it really be judged by its trailer alone? The weather mechanics look