Charge up your air cannon and get ready to blast your opponents away in up to eight player multiplayer mayhem. In this action party game, Aeolis Tournament has you competing in a variety of different modes with nothing but your air cannon and some determination. Inspired by other party games like Mario Party and Fusion Frenzy, Aeolis Tournament aims to get the whole gang together, sitting around a single TV screen and competing to come out on top.

What is most appealing about Aeolis Tournament is how accessible it is to players of all ages. Its simple one-button gameplay may sound too simplistic on face value, but its how much variety each game mode provides.

There are six modes:

When I played this game with my housemates, we had three people staring at the TV on the edge of their seats, with us all cheering, laughing and smiling. While Quick Games lack competitive depth, the Tournament mode has a little more meat to the bone, despite still feeling somewhat bare.

Aeolis Tournament‘s online mode is perhaps its single-player saving grace. The CPU AI can be a challenge but it’s not very intelligent, with moments of the enemies deliberately running toward the edges in The Perfect Storm mode. Therefore, having online players to go up against gives the gave more legs, despite it not being without the odd bug that the developers have assured should be fixed around launch.

Enjoying our Aeolis Tournament Switch review so far? Don’t forget to like us on Facebook and follow us on Twitter for more Nintendo Switch content. Also, please consider supporting us on Patreon so that we can continue to do what we love doing.

I enjoyed the attention to detail when it came to the HD Rumble. As gamers, we are used to rumble going off when you’re either hit or an explosion happens, but the rumble in Aeolis Tournament goes off when you charge up your air blaster, stopping once its at max capacity. By doing this, the game provides a subconscious indicator when its best for the player to fire and that is good game design.

Whilst I wasn’t particularly surprised, I still found myself a little disappointed when the game revealed to not have a trace of story or plot progression. The crux of Aeolis Tournament is in its party aspect and whilst you can play these games against computer AI, the lack of plot or something to work toward can leave a feeling of emptiness. I found myself wanting to know why the mutated man-shark and the athletic bunny were blasting each other with airzookas. Is it Christmas morning and they each had one wrapped under the tree… who knows?

The only remnants of progression that Aeolis Tournament offers is achievements that give you in-game currency for you to spend on more customisation options and unlocking a few other variations on the pre-existing modes. It’s at least something, but it makes you only want to boot up the game when friends are around.

What does provide Aeolis Tournament with personality are the game’s characters. Each one is fun in their own way, despite some coming across as generic. However, there’s something endearing about being able to play around with hats for each character for mindless customisation. I mean, who doesn’t like seeing a wolf with sunglasses and a cat with an eyepatch? In addition, the cel shaded graphics and thick sketched character outlines makes its colours pop with a bright yet calming aesthetic.

Along with its inviting visuals, Aeolis Tournament has lighthearted and catchy music that is much more technical than one would initially expect. The sound effects and voice work are much less creative, but it’s a minor complaint.

Click here to read/watch our review of Swords and Sandals: Spartacus

Aeolis Tournament is a game that I will be bringing out at every party. Its simple one button mechanic makes it accessible for players of all skill levels whilst not relying on luck and its mode variety keeps the gameplay fresh. The main letdown is the games lack of single-player content, making it go down as forgettable unless you frequently have friends to play with.

Thank you for checking out our Aeolis Tournament switch review, thank you to Beyond Fun Studio for providing the review code and thank you to our $5 and up Patreon Backers for their ongoing support: We finally received a new Shin Megami Tensei V trailer, being the first bit of news since January 2017. Check it out: In addition, the Nintendo Switch will also be 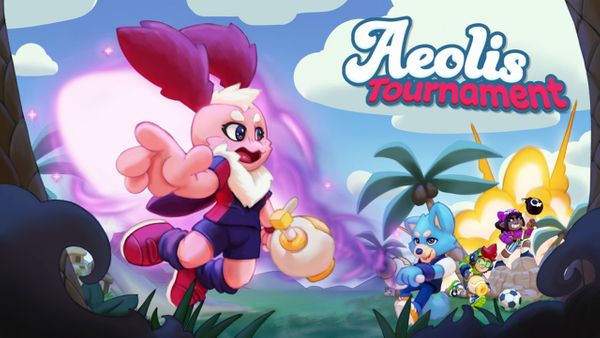 Charge up your air cannon and get ready to blast your opponents away in up to eight player multiplayer mayhem. In this action party game, Aeolis Tournament has you competing