With the announcements all coming at once, PQube have announced that Zengeon, an anime roguelite, is coming to Nintendo Switch.

Check out the announcement:

PQube and developer IndieLeague Studio are excited to introduce the new anime roguelite Zengeon! Inspired by ancient Chinese culture and deities, Zengeon is now available for PC on Steam and will release for Nintendo Switch, PlayStation 4 and Xbox One later this year.

Uncover the mystical story by collecting Memory Fragments in levels that change every time you play. Featuring random enemies, power-ups, bosses and puzzles every time, you can look forward to endless unique runs, both solo and via online multiplayer!

Six Unique Characters
Each student of the Celestial College controls a Guardian spirit with amazing abilities and features! Find the pair that appeals most to your playstyle and fight your way through the hordes of darkness!

Roguelite Thrill
Dying to one of the many hazards makes you lose everything except for the Memory Fragments you collected. Adapt to Zengeon’s challenges on your own or with up to three party members online!

Dynamic Power-ups
Randomised power-ups give your hits a chance to summon minions like lightning elementals, cause blizzards or heal you. Find your favourites as you mix and match!

Zengeon will release on Nintendo Switch later this year.

PC games and mobile apps seem to be finding their way onto the Nintendo eShop more and more often lately, but with mobile apps being even more accessible/portable than 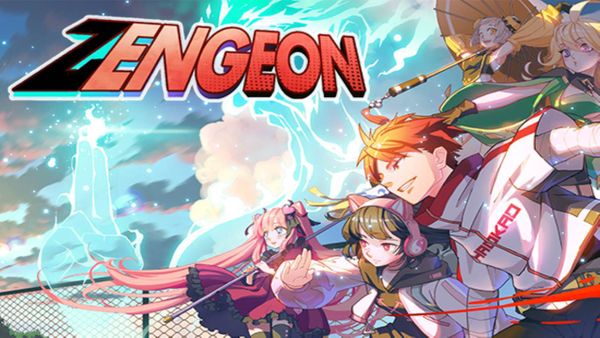 With the announcements all coming at once, PQube have announced that Zengeon, an anime roguelite, is coming to Nintendo Switch. Check out the announcement: PQube and developer IndieLeague Studio are