In a shock announcement, it was announced that WWE 2K Battlegrounds is launching on Windows PC, PS4, Xbox One, Google Stadia and Nintendo Switch. Here’s the news and a trailer:

Let’s begin with a surprise… We’ve got two words for you: NEW GAME! We’re thrilled to introduce you to WWE 2K Battlegrounds, a completely new WWE gaming experience that will feature arcade-style action and over-the-top Superstar designs, environments and moves. We’re focusing on social pick-up-and-play fun, but with plenty of depth for those who want to get way into it.

Whether you’re a casual gamer just learning the ropes or a passionate fan ready for all the action, WWE 2K Battlegrounds provides another way to enjoy WWE video game action. The game is being developed by Saber Interactive, the studio behind NBA 2K Playgrounds, who have been hard at work on WWE 2K Battlegrounds and are excited to let you smell what they’re cookin’.

WWE 2K Battlegrounds is scheduled to launch this fall and we look forward to sharing more information about the game in the coming months.

As stated in the press release, WWE 2K Battlegrounds will launch this fall. 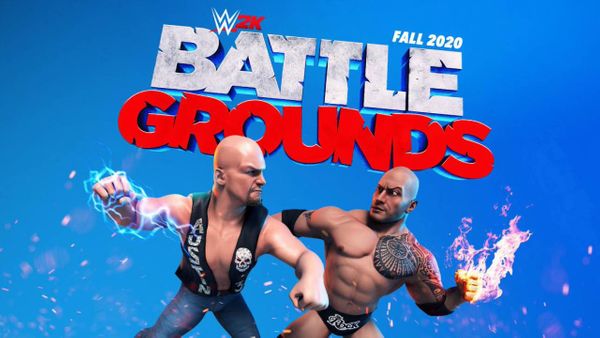 In a shock announcement, it was announced that WWE 2K Battlegrounds is launching on Windows PC, PS4, Xbox One, Google Stadia and Nintendo Switch. Here’s the news and