Triband’s WHAT THE GOLF? was announced during Nintendo’s Indie World Presentation and we always knew that it was releasing in May, but now we know that that exact date will be May 21st.

Not only has Triband confirmed this date, but they’ve also announced an exclusive 2-player party mode for the Nintendo Switch as well as gyro controls during certain courses and some other ‘surprises’.

Here are Triband’s words, as well as a new trailer:

We’re excited to announce that WHAT THE GOLF? will be available on the Nintendo Switch on May 21st with a brand new two-player Party mode, coming first to Nintendo Switch. Players can pre-order the game right now at 25% off on the regular $19.99 USD / €19.99 price tag.

This new and exciting local two-player Party mode allows friends to compete in a cavalcade of very, very serious golf courses in an attempt to make it to the flag, but both play at the same time (you know, like real golf). The Nintendo Switch version integrates some of the Switch functionalities like the touch screen and the gyro for some levels and also adds a few… surprises for players too.

A new Harvest Moon game is in the works, and this one is showing a lot more promise. However, the verdict remains to be seen as we have yet to 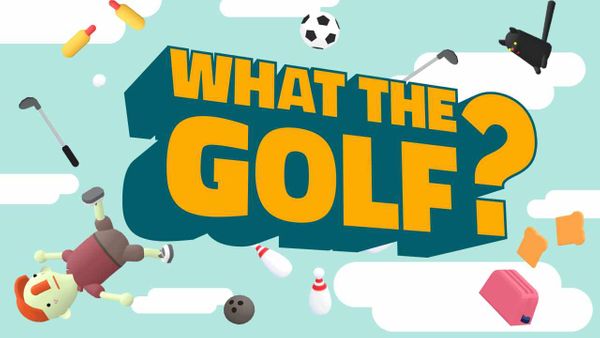 Triband’s WHAT THE GOLF? was announced during Nintendo’s Indie World Presentation and we always knew that it was releasing in May, but now we know that