How far will most people be willing to go from the place where they are born, and who would be willing to accompany them? For the young protagonist of What Lies in the Multiverse, the answers to those questions are “Pretty far”, and “some jerk in a purple hat” respectively. What Lies in the Multiverse is a 2D story-driven puzzle platformer developed by Iguanabee and Studio Voyager where the player has access to all of reality in order to go through puzzles, see the sights, and slowly piece together what tales the people of the multiverse can tell them - and what tales those can be! Grab a scarf, kid. It can get cold in those distant lands, and there’s a lot of ground to cover.

The Good - For science and adventure!

What Lies in the Multiverse is heavily character-driven with its plot and these are characters that absolutely deserve it. Although the recurring cast isn’t extremely large, each one has a bombastic and memorable presentation that easily cements their place in the player’s mind - with special mention going to Everett, an eccentric scientist with a large purple hat and a cane that can take him anywhere in the multiverse, and who takes the deuteragonist role alongside the playable main character, affectionately referred to as simply “the kid”. He and the characters that are introduced in short order carry the plot of the game on their backs and do not break a sweat over it. Their stories are compelling and engaging, and it is a joy to go through the game and learn more and more about the colorful cast of this game and the wondrous science fiction world that brought them together.

The cast, however, isn’t the only positive that What Lies in the Multiverse offers. The game is a riot - light hearted and comedic for the most part, it takes full advantage of its medium, presentation, character interactions and smash-cuts to sprinkle good comedy throughout the entire experience. Although the game also has its serious and dark moments, the comedy balances it out perfectly. Players that like a good laugh in their games will love the energy that What Lies in the Multiverse exudes in its dialogue and presentation. Speaking of presentation, it bears saying: although pixel art has already been proven to be able to produce some very beautiful scenarios, What Lies in the Multiverse has many settings and backgrounds that are excellent eye candy and deserve a closer look; the game even goes to the trouble of providing the occasional bench so the player can sit down and really take in the scenery and it is always worthwhile.

What Lies in the Multiverse wraps its core gameplay mechanics in creativity as well. The game controls well, with simple controls of run, jump and interact, topped off by the main gimmick of multiversal travel. At the click of a button, the entire scenario changes from a regular world to somewhere sunken into the depths of a zombie apocalypse, or a peaceful world overtaken by trees, among many other wonders of science-fiction. And of course, each universe changes how the player is meant to approach the puzzles in front of them. What Lies in the Multiverse gains full points for creativity and integration of story and gameplay in this regard: not only are the different universes at the disposition of the players exciting, beautiful and interesting, each one also brings an entire new mechanic, making sure that the gameplay stays fresh throughout.

What Lies in the Multiverse is fascinatingly creative with its scenarios and its main mechanics, but not with the puzzles themselves. The entire multiverse at the tip of the player’s fingers - and it is all in order to better move some boxes. The puzzles of What Lies in the Multiverse are wrapped up into creativity but at their core, many of them boil down to box puzzles or simply very mundane, ordinary and sometimes monotonous puzzles. It is somewhat disappointing that such an excellent concept - both story and gameplay-wise - as multiversal travel is used in favor of the most mundane type of puzzle. While hopping through dimensions is fun and the occasional platforming puzzle is much more engaging, it takes a long time for the puzzles to feel actually meaningful in the story.

And speaking of the story, there are a handful of occasions when the plotline is picking up and the game deems it’s time for some dialogue and exposition, promptly placing the player on a corridor where they will walk a few steps, meet a character for a dialogue box or three, and then the character will walk off only for the player to find themself again. It breaks the monotony of what would otherwise just be somewhat lengthy cutscenes but it’s still noticeable and the areas, while still very beautiful, do feel more noticeably empty and streamlined in these moments.

Finally, although the plot is heavily character driven and the recurring cast is by no means large, some characters get large heaps of action and development while others cruise by on their first impressions and force of personality alone. It would have been nice if every single character could have had as much development rather than some being left behind. Even then, it bears saying - none of the characters are bad; some are just static.

What Lies in the Multiverse is a road trip, taken on an old car with a loud and chaotic group of friends while the GPS isn’t working. It’s fun, high energy and you really feel like you got to know interesting people and places throughout. The negatives are less downfalls and more minor speed bumps along the way on a voyage that was funny, touching, serious and terribly engaging; a voyage that I was happy to take, and anyone that appreciates creativity and character-driven stories will be more than satisfied by.

Thank you for checking out our What Lies in the Multiverse Switch review, thank you to Untold Tales (via Wiretap Media) for providing the review code and thank you to our $5 and up Patreon Backers for their ongoing support:

For more reading, check out our review of Chocobo GP. 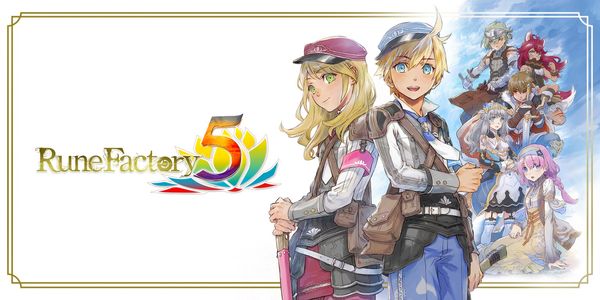 "Technical shortcomings turns an average game into a headache." 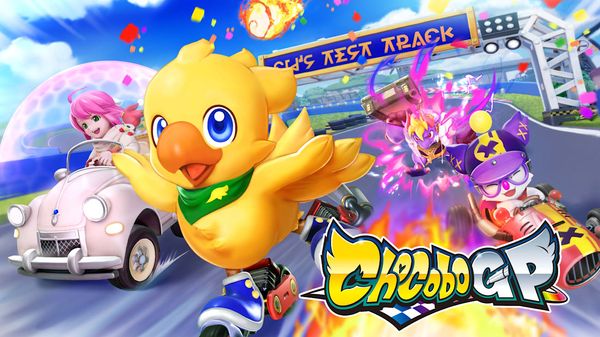 "Brought down by corporate greed."