You may know WayForward from their popular Shantae franchise, but they’ve definitely been known to dabble in some other genres as well. Here’s Vitamin Connection and what we know of it:

Prepare for a big dose of excitement delivered in a microscopic package with Vitamin Connection for Nintendo Switch! Developed by independent game studio WayForward and published physically by Limited Run Games, this Switch-exclusive one- or two-player action title will deliver thrills, laughs, and varied gameplay unlike anything else on the system.

In Vitamin Connection, players assume the roles of Vita-Boy and Mina-Girl and take control of the minuscule Capsule Ship to battle evil bacteria from within living organisms. By blasting subatomic foes with your Vitamin Beam, utilizing a special claw tool, and navigating maze-like stages, you’ll save the members of the Sable family – including the dog! – from a variety of hazardous and increasingly wacky predicaments. Each level also includes sub-games featuring rhythm challenges, Pong-like reflex tests, and more.

While the entire game can be played solo, Vitamin Connection also features an innovative, asymmetrical local two-player co-op mode, in which one player controls the Capsule Ship’s movement and shooting, while the other handles the ship’s rotation and aiming. Coordination and a connection between players are essential for success!

Vitamin Connection will initially be available exclusively as a physical release published by Limited Run Games, followed by a digital release from WayForward. Additional details about the preorder window, pricing, and release date will be announced at a later time. For more info, stay tuned to wayforward.com and limitedrungames.com. Oninaki is just over a week away of dropping onto the Nintendo Switch and the team simply wished to share their inspirations for making the game. Here’s what 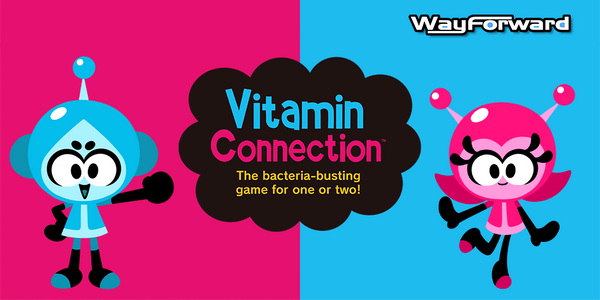 You may know WayForward from their popular Shantae franchise, but they’ve definitely been known to dabble in some other genres as well. Here’s Vitamin Connection and