WARBORN is a turn based strategy RPG set in space. With games like Fire Emblem dominating the genre, do independent developers have what it takes to make waves? If WARBORN is any indication, the answer is yes.

The gameplay is varied, simple and challenging. The combat system allows for substantial freedom and variety that can be the downfall of games like this. You have a wide variety of Pacific Rim/Gundam-style mech-suits in which to do battle and each different kind of mechanical soldier has different advantages and drawbacks. Scouts, for example, have a high range of mobility and recon abilities, but are limited to close combat.

One of the pitfalls that games like this tend to fall into is humanizing the soldiers. While that may work in a game with a heavier narrative that relies on death and tragedy, it adds an unnecessary layer of stress to combat. The anonymity of your soldiers makes it easier to make decisions and take risks.

WARBORN also allows you to call in reinforcements on the fly in most levels, instead of relying on a skeleton crew and hoping for the best. This adds a layer of strategy and fun to the combat. Do I recruit two snipers or one long range bomber? This freedom of variety allows you to play your way.

Enjoying our WARBORN Switch review so far? Don’t forget to like us on Facebook and follow us on Twitter for more Nintendo Switch content. Also, please consider supporting us on Patreon so that we can continue to do what we love doing.

The game provides a challenge that feels like a puzzle. Different plans of attack and different loadouts will yield different results and you have to find the one that works.

The combat arenas are made up of hexagonal panels while the layouts are also incredibly varied. The “panels” are laid out in a variety of different patterns with various textures and structures scattered throughout the maps with varying degrees of impedance. Forests and cities slow you down, but also provide cover. The maps remind me of Minecraft: simple shapes arranged in incredible designs.

The story in WARBORN is rich. The campaign contains four connected storylines with different narrators. The narrative is easy to get into and deep enough to hold the player’s interests. It relies pretty heavily on Science Fiction tropes, but that’s so common within the genre that it can’t possibly be considered a bad thing in this case; the story is still sophisticated enough to stand out in a sea of indie sci-fi games.

The graphics in WARBORN are simple but clean and the character models that appear in dialogue are varied and well-rendered. The mechs do get a little stale, since the enemies and protagonists are only distinguished by color, but they are still visually appealing. Backgrounds are recycled but well done and while the graphics aren’t exactly on the cutting edge, they are pleasing enough not to detract from the experience.

The music is good but predictable. It provides a good backdrop for the game as it is, but doesn’t take any risks. Like the graphics, repetitive but functional.

Click here to read our review of Red Wings: Aces of the Sky

WARBORN is a simpler version of Fire Emblem set in space, and that’s not a bad thing. It takes the fun head-scratching combat that makes the genre great and takes away the extraneous fluff like an arbitrary overworld and overly complicated story. Things like this may add to the complexity of a game, but they don’t always add to the enjoyment. WARBORN strips that away and keeps the bones intact. The repetitive nature of the graphics and music may hold the game back a bit, but overall it’s a fun tactical RPG, and that’s the whole point.

Thank you for checking out our WARBORN Switch review, thank you to PQube and thank you to our $5 and up Patreon Backers for their ongoing support: 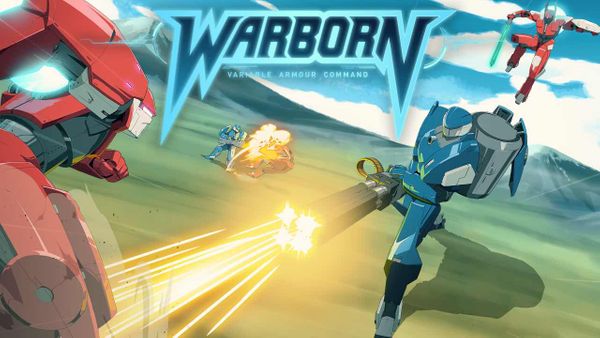 WARBORN is a turn based strategy RPG set in space. With games like Fire Emblem dominating the genre, do independent developers have what it takes to make waves? If WARBORN