In a world of Jimmy Neutron lookalikes with Sims-like gameplay and some Game Dev Tycoon style goalposts come Two Point Hospital, a brilliant simulation experience that puts you, a very likely unqualified individual, in charge of building a medical facility. What can go wrong?

As it turns out, everything can, as the choice is ultimately in the player’s hands, with the ability to make the hospital a torture chamber or a bustling 5-star establishment, with everything in-between being bound by the limits of whoever is holding the controller’s creative mind. That’s ultimately what made titles such as The Sims major hits, as it makes the experience unlimited in replay value, marking every cent as an hour of gameplay or more.

In terms of actual handling, Two Point Hospital is very clearly built for PC and not a whole lot has been altered to make it work for a handheld device or a controller, but with that being said, it is still an intuitive experience that is easy to pick up and run with, even if it can be a little cumbersome at times with the lack of a mouse. Building rooms and placing down items is surprisingly slick but navigating menus can be somewhat tedious.

However, if you’re playing Two Point Hospital with the Switch itself in your hands, it has a nifty touchscreen feature, which is the vastly superior way to play, as the game works excellently in this fashion as opposed to navigating through the UX with a controller. There’s also HD rumble and a slew of other brilliant exclusive Switch features, making this a worthwhile nab for long-haul flights, dull bus journeys or those long lunchtimes in the break room.

Enjoying our Two Point Hospital Switch review so far? Don’t forget to like us on Facebook and follow us on Twitter for more Nintendo Switch content. Also, please consider supporting us on Patreon so that we can continue to do what we love doing.

To top it off, even though there’s an unbelievable amount of content and replay value already available in the game, Two Point Hospital is going to be getting even more in future updates, so now is the perfect time to jump in and get neck-deep in some simulation shenanigans. It doesn’t need anything else, but it’s exciting to see the developers still funneling resources into this title.

The character models are unbelievably charming and the actual design of the world itself has a strange plastic and rubber feel to it, with a cartoon aesthetic, that works incredibly well. It’s odd, but that’s a style that works, especially given the humor and wit that Two Point Hospital is so rich with.

The port to the Switch has been very kind as the game looks incredible and doesn’t appear to have been downgraded too significantly, with crisp graphics and a slick user interface. It looks wonderful on the actual console itself and translates pretty nicely to bigger monitors or televisions.

The music has a retro feel to it, like an old-time shop, which fits perfectly in-line with the simulation and almost Orwellian atmosphere in which you are the all-seeing eye that peers upon your creation with the pawns in your long-winded game of chess dawdling about as they go along with their routines.

The sound effects are bouncy and cheerful, which depending on how you play, can feel unsettling in its juxtaposition or uplifting in its tonal consistency, but that’s entirely down to the player – as I made one of the worst hospitals I could, the happy-go-lucky charm felt forced and manufactured, which worked surprisingly well.

Click here to read our review of Rune Factory 4 Special

Two Point Hospital is a brilliant simulation game and the kind that you can find yourself sinking hours into without even realizing, due to the nature of how much there is to do and how big of a hook it has. The port is excellent and it has made the leap to the Nintendo console with impressive grace.

Thank you for checking out our Two Point Hospital Switch review, thank you Five Star Games for the review code and thank you to our $5 and up Patreon Backers for their ongoing support:

For this week’s Switch Kickstarter Project of the Week, we will be looking at Daniel Kaspo’s Edgeguard Keyboard Adapter. This device is slated to release approximately early/mid 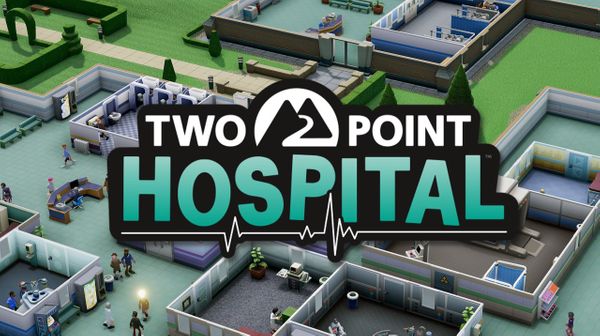 In a world of Jimmy Neutron lookalikes with Sims-like gameplay and some Game Dev Tycoon style goalposts come Two Point Hospital, a brilliant simulation experience that puts you, a very