The human race is nearly extinct by the hands of a demon army, and your task is to deliver the scroll that has the potential to save humankind. The Messenger is a 2D platformer akin to games like the original Ninja Gaiden on the NES. But this game takes it many steps further, with an intriguing plot and many gameplay shifts that will keep you hooked.

The Messenger’s fast-paced platforming gameplay is action-packed. Unsurprisingly as a ninja, your character is incredibly agile. You can freely climb up walls, jump long distances, learn to glide and use your Rope Dart to hookshot onto walls. To double jump, you are able to strike an enemy or object in mid-air and jump again. This makes for some interesting and crazy platforming challenges.

Boss battles range with various different challenges, often providing some tight platforming skill. At times you will need to fight agile bosses, whilst others will require you to climb onto your enemy in order to take out a weak spot. Some of these fights are incredibly creative, having to utilize different skills and spanning across epic landscapes.

Technically speaking, The Messenger runs incredibly smooth at a steady 60 FPS. Considering the nature of the game, it was make or break when considering the frame rate. But luckily, Sabotage Studio clearly made this a top priority.

The Messenger is certainly a difficult game, with few checkpoints in between deaths. There are no difficulty options, so what you see is what you get. The far apart checkpoints can be frustrating, but it harkens back to the unforgiving challenge of previous eras.

There are 45 optional collectibles called Power Seals that each require you to get around some tough platforming challenges. If you need help with any, click here for our guide that we’ve prepared.

On a negative note, the Messenger doesn’t have any HD Rumble (or any rumble at all). Whilst this may have been a design choice in order to stay true to foregone eras, implementing this feature could have vastly improved tactile feedback.

When you begin the game, you are chosen as the Messenger who must deliver the scroll to the east in order to rid the land of demons who have nearly succeeded in wiping out the entire human race. However as you progress, there is much more to this story than appears on face value. The Messenger takes many twists and turns, constantly surprising you and keeping you intrigued.

When you die, you are sent back to the last checkpoint. Nothing special there but instead of losing any gems, a demon named Quarble brings you back who requires payment. He won’t go away unless you’ve paid him for his services by collecting enough gems as you progress. It’s a neat way of providing story context to the death system.

Despite coming off as a grim struggle to save humanity, the dialogue can be light-hearted and humorous despite coming across as corny at times. Quarble has a lively personality, often voicing his opinion every time you die. His little quips at the player’s expense may be frustrating after the hundredth death, but it certainly adds a lot of personality to an NPC that was a nice surprise to begin with.

The game’s graphical hook is that it passes between 8 and 16 bit art styles. And yet the shift in presentation isn’t just cosmetic as it is implemented within the context of the plot, but we won’t say anymore on that to avoid spoiler territory.

Towards the latter sections of the game, there are various riddles that must be solved that concern previous characters and locations, so we recommend you don’t skip through the dialogue.

As you progress frame-by-frame, each contain challenging platforming sections that require you to make use of every ability. There are a lot of clever challenges that will test your skills and will require some thinking before attempting.

Once you get past a certain point in the game, it becomes much less linear, allowing you to freely roam around and collect Power Seals. You can pass through dimension shifts that swap between 8 and 16 bit aesthetics, which also changes many details to the layout, allowing you to access new areas and obtain collectibles that you were unable to before. The only downside to this is that these newly-open world levels still contain remnants of the difficult linear design (such as pitfalls and instant deaths), therefore creating a sometimes frustratingly difficult Metroidvania experience that can require some backtracking. It also limits what they can do with the open-world shift, but you have to commend the ingenuity despite being perhaps a tad too ambitious. In order to progress the story since the game turns into a Metroidvania, you’ll need to collect six musical note keys that will play the melody in order to break the curse.

many gamers’ concerns with indie titles are whether they are getting enough gameplay hours to warrant the purchase. However, The Messenger is a considerably sizable game (approximately 15-20 hours) with a whole lot to do in it. Under normal circumstances the game have been guilty of being drawn out, but the story and plot progression makes it seamless. This is due to its shift from a linear experience to an adventure, combining two games into one.

The big selling point to The Messenger is its shift between 8 and 16 bit graphics. Sometimes when indie developers approach the nostalgic 8/16-Bit art style, it can often come out looking fuzzy or overdone. However, Sabotage Studio seem to know exactly what makes this approach special. The graphics are crisp, and the color choices work well in contrast to each other.

The widescreen cinemascope aspect ratio is perfect for this type of game, being able to see enemies and projectiles coming from a distance. This presentation choice, coupled with crisp colors and animations, really brings the game to life.

The Messenger’s soundtrack is done with chiptune effects, recreating the classic music experienced during the 8 and 16 bit era. The melodies are catchy and embody the environments well. You’ll often find yourself humming some of the game’s tunes hours after you’ve put the game down. But this also may be because the nostalgia-inducing soundtrack can often get a bit too repetitive.

When the game changes from 8 bit to 16 bit graphics, it also changes in audio quality, recreating the jump between 8 and 16 bit consoles of the 80s and 90s. This shift is instantly noticeable and adds to The Messenger’s unique presentation. It’s not just in the soundtrack, but also in the sound effects; the slash of the sword, the enemies’ cries, even the sound when you pause, it’s all more refined that reflects the different eras in gaming.

The Messenger feels like a much more refined NES/SNES game, that stays true to classic action platformers and Metroidvanias. Its story takes you on a rollercoaster of twists and turns, with some shifts in gameplay and world design that will keep you on your toes. The gameplay is smooth and precise, and running, jumping and whizzing through the worlds is seamlessly enjoyable. Expect to see The Messenger in many top indie games on the Nintendo Switch lists.

What do you think of The Messenger? Do you agree with our review? Let us know in the Comments section below.

Stuck on where to find every Secondary Job in Octopath Traveler? Well, we thought we’d put up a little guide for you. We’re still working on 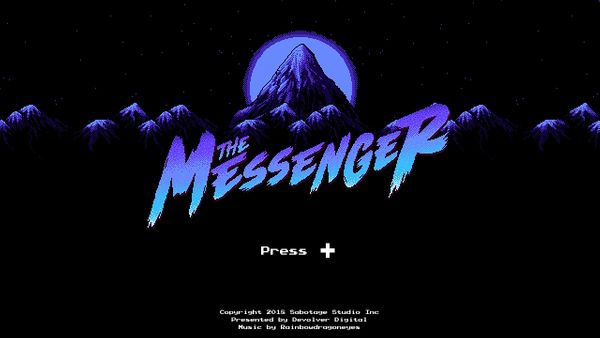