As soon as The Messenger turns into a Metroidvania, you may be a little confused as to where to go. You get told that you need to find six key but, where are they? To get you started, let’s go find that first key!

First off, you’ll want to take the first teleport portal from the left in the Tower of Time HQ (where the Prophet is). As you arrive in Autumn Falls, you will find out that the scroll was actually a map, which will definitely come in handy.

In the image below, you will be where the portal is and you’ll want to go where the arrow is on the left.

As you make your way over in that direction, you’ll realize that you’ll be going through portals that will take you from 16 bit to 8 bit (and vice versa). When this happens, your environments also change, which mixes up the gameplay and the way that you explore.

You’ll soon realize that when you arrive at the frame that’s just left of where we want to be, there is no way to get there. But there is in the future (but that’s the way that we’ll be coming back from). Instead, drop down and go through this portal from the left-hand side…

After going through the portal, you’ll notice that you can now head down where you couldn’t before.

In the next frame, you’ll want to use your Rope Dart on the ring. Don’t worry about the wall, when you go through the portal, it will no longer be there.

At this part, attack the breakable blocks that will allow you to carry on.

Now that you’ve gotten the hang of it, proceed all the way down and go through the circle portal so that you’re here…

This next bit is a bit of a cheap shot, but it teaches you to be on your toes and expect the unexpected. When you go through the circle portal, the ground will disappear and you’ll fall into a pit. So while you’re falling, you can either rope dart to the wall on the right to think about your next move, or just glide your way down, attack the monster, then jump and glide again to safety.

Now make you way to this frame…

You may think that if you Rope Dart onto the ring and fling yourself across, you’ll get to the other side and through to the next frame, but that entrance won’t be there in the past. You’ll still want to go through that portal, but then you’ll need to head back up to the right platform and doing it again, going from past to future.

And then keep going until you reach the first key: the Key of Hope!

We hope this guide on the first key has helped.

Here are a few more that may come in handy… In The Messenger, each Phobekin is in need of your help. When you find and save all four, you will be able to progress through to the final levels, but 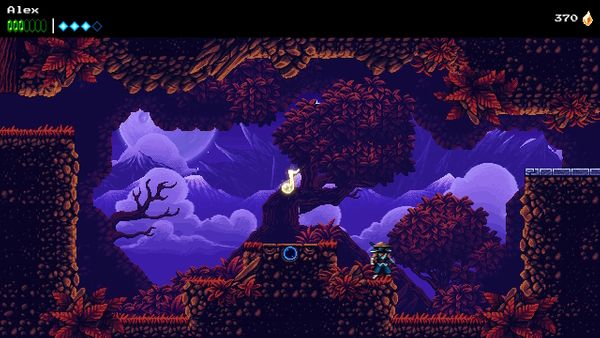 As soon as The Messenger turns into a Metroidvania, you may be a little confused as to where to go. You get told that you need to find six key