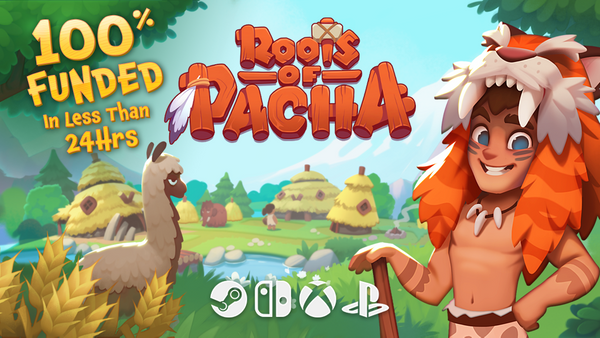 For this week’s Switch Kickstarter Project of the Week, we will be looking at Soda Den's Roots of Pacha. The game is slated to release in April 2022 on Windows PC (via Steam) and Nintendo Switch, followed up by releases on Mac OS & Linux (via Steam), PlayStation and Xbox