This week sure isn’t the most exciting week in terms of new releases as it is mainly filled with small indie titles and some shovelware. However, there are a few notable releases here… but we’ll let you guys be the judge of that!

Published By Other Ocean

Gunhouse is part puzzle, part active tower defence game. Make big combos and launch a hail of bullets at the alien invaders who want to consume your orphan friends. With a tonne of weapon upgrades and infinite levels, rain death from above and protect your valuable orphans.

InnerSpace is an exploration flying game set in a world of inside-out planets without horizons. Glide through amazing visuals with ancient skies and abandoned oceans to discover the lost history where gods still wander.

Developed By The Vanir Project

Nightmare Boy takes place in Donorok, in the state of Noctum. After the king disappears, you’ll need to make your way through wacky settings whilst the chaos slowly absorbs terrain from the surrounding regions.

Energy Balance is a number puzzle game that requires you to swap power units in such a way that the sums form correct chains both vertically and horizontally. The game has a low barrier for entry but can require skill as the game progresses.

World to the West

World to the West is an action adventure game that follows Lumina, Teri, Knaus and Clonington on an adventure full of twists and turns. World to the West is set in a world of fantastical science. It’s focussed on exploration, action and environmental puzzles that offer many different solutions based on your ability to think creatively with each character’s abilities.

This hilarious game lets you insult your friends and family in a whole new way. There are four different conflict scenarios that have different dynamic environments and situations. And if there’s no one around to insult, you can always jump online and insult people all around the world. So, it’s basically the internet.

From the same team that brought you Oh… Sir! The Insult Simulator, this game has a similar approach where the goal is to roast Hollywood-style opponents. You can play it with friends and family, online against anyone around in the world or by yourself. The game also allows for you to make verbal combos which are much deeper than you’d initially expect.

Take part in this wacky cartoon racer in races pitting good versus evil. Lure them over to your side and turn them over before they turn you over – in other words, watch your back. There are seven racing worlds to conquer, each containing different challenges and awards.

Power Spikes II is a volleyball game that features an intense Hyper Mode. The world’s strongest eight teams compete along with the World Men’s and World Women’s teams in this futuristic fighting volleyball game.

This unique puzzle game requires you to use your wits, count as fast as you can and flip your perspective backwards and forwards at an impossible rate. With 77 challenging stages and six different modes to play in, this game will leave you addicted and seeing numbers in your sleep!

Ambition of the Slimes

Ambition of the Slimes in a turn-based tactical RPG akin to titles such as Fire Emblem and Final Fantasy Tactics. The weakest monster ever know, the Slime, is finally standing up for its rights. As you fight through levels, unveil the ambitions of the Slime monster.

Darkest dungeon is a challenging roguelike turn-based RPG all about the psychological stresses of adventuring. It has a very gothic visual artstyle with a lot of black and red. Uncover strange mysteries and fight fearsome monsters with an innovative strategic turn-based combat system.

Brawl drops you into the darkness of The Emporium with eight unique characters. Use each of these characters’ abilities to fight your way to the end. There are over 20 interactive maps and all can be played with your friends and family up to four players. Use powerups to upgrade your bombs and be even more deadly than usual.

This game has you play as Vesta, a witty six-year old girl who lives in a desolate underground maze – the ruins of a once-bright city inhabited by humans and perfect machine. Kept company by her friend BOT and her helper DROID, explore 36 different levels, each with their own unique environments, solve numerous puzzles and uncover the truth of this story.

Baseball Riot is a physics based puzzle game with a layer of slapstick comedy added in for good measure. Take control of retired baseball batter Gabe Carpaccio and smash baseballs at various enemies to free his former teammates. This title is packed with more than 100 levels that are filled with plenty of enemies and a lot of awesome challenges.

See what we mean? Nothing spectacular. Although if we had to pick a game this week, we’d have to go with…

World to the West!

From the team that brought you Teslagrad, World to the West is a top-down action adventure game that is sprawling with areas to explore and enemies to defeat. We do have to give an honorable shoutout to Vesta as it was a very close call for us; but in the end, World to the West just snuck in. Rain Games has always supported Nintendo systems and they don’t appear to be slowing down any time soon. 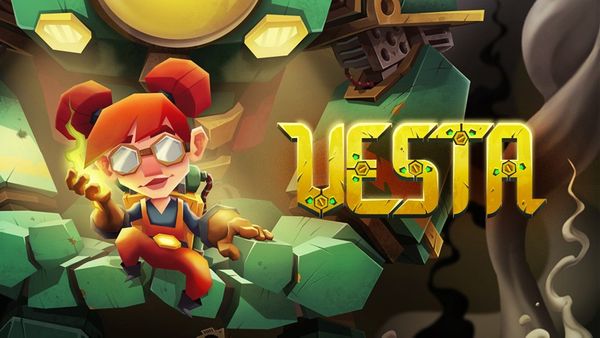