Star Wars: The Force Unleashed has a weird history as it came about at two different important impasses of nerd culture: the weird transitional period between the Xbox/PS2 and 360/PS3 era, and the beginning of the new Star Wars canon established by The Clone Wars TV series. For starters, there are two entirely different versions of The Force Unleashed: The PS2 and Wii versions of this title are entirely different from the better known PS3/360 versions, having been developed independently from each other and feel very different to play. The new Nintendo Switch version is a port of the Wii/PS2 version. This was also the first game to establish that the Star Wars universe, which was generally considered complete after the release of Revenge of the Sith, had more stories to tell on the periphery of the established canon, a trend that continues to this day to the joy of fans worldwide. While it might’ve been concurrent to The Clone Wars, The Force Unleashed broke new ground for video games to fill a similar role in the established universe. Oh, and the game is also fun, which is the most important thing.

Star Wars: The Force Unleashed is probably the most fun representation of the force in a video game to date. Your abilities are devastatingly powerful, incredibly varied, and, most importantly, wildly fun. The different ways for you to mow down your enemies ensures that the combat never gets stale, and the way the force manifests in combat scenarios feels very intuitive and simple. The lightsaber mechanics are a little “hack and slash” repetitive but it doesn’t really bring the experience down at all because, for the most part, using your lightsaber is optional. The enemies you face are incredibly diverse as well: apart from the usual armor-clad baddies, there are a plethora of aliens and force users to test your powers against. In addition to having probably the only enjoyable quick-time events ever, the scale, aesthetics and character moments embedded into the boss fights make them truly noteworthy, not just for a Star Wars game, but in general. The motion controls are also only really for novelty at this point. They don’t really drag anything down, since they’re optional, but the controls are so polished in the regular mode that to use the motion controls feels even sillier than usual.

Another lynchpin of The Force Unleashed is the amazing cast and story. A lot of the major characters here would go on to have big roles in The Clone Wars and Rebels, and it makes sense that LucasArts would’ve kept them around because the actors really fill out their characters and play well off each other. This story feels like it could’ve been a season of a TV show and these actors are doing some heavy lifting to make these characters shine through in the very brief windows the cutscenes provide, since there aren’t that many and they’re not too long.

The story itself also moves at a quick pace and feels as much at home in the Star Wars universe as it does as a self contained narrative. The writers seemed to have a lot of confidence to position this story and its cast of almost entirely new characters the way it plays out. A lesser story would’ve beaten the audience over the head with callbacks and appearances to characters we’ve already met, but The Force Unleashed sprinkles them sparingly and effectively throughout. Every appearance of an established character feels earned and plot relevant.

Star Wars: The Force Unleashed has a problem with revisiting planets that grinds the action of the story down. Almost every planet is revisited more than once along your journey, but worst of all, you have to return to the Jedi Temple on Coruscant, which was pretty cool the first time, for a minimum of three missions. The only reason this level was cool the first time is because of the lore attached to the name, because in terms of level design, it’s the most cookie-cutter of all locations: beige walls and hallways filled with statues. At the very least, the other planets felt like cool sci-fi set pieces in a way The Jedi Temple just doesn’t. This fact is even more annoying since there’s a lack of satisfying motivation for you to return to these locations; it’s often justified by vague orders from Darth Vader or an equally vague “feeling” the protagonist has.

The level design is also pretty uninteresting and does little to motivate exploration. The stages are so linear that there isn’t much room for exploration, but there is also nothing interesting enough about the locales to make me want to see more of them than the bare minimum. This bit of Felucia looks exactly the same as that bit over there, so why would I go over there? If it wasn’t for the collectible items, there would be no reason to deviate from the beaten path in what little opportunity there is, and since the collectibles are Korok-seed-under-a-random-rock levels of tedium most of the time, there’s no motivation to look for them because apart from a slightly different coloured lightsaber or a sense of rigid completionism, there’s no fun in looking for things. There are no clever puzzles or skill involved in finding them, it almost always boils down to destroying the environment willy-nilly or looking in random corners.

Unfortunately, The Force Unleashed suffers from a blight that affects the entire Star Wars saga: an unmotivated romance subplot. I’d like to clarify before I go any further, this is not a complaint about the mere presence of a romantic storyline or a knock against the performances which were overall great; the problem is the female lead, Juno, seemingly only exists to be a so-called love interest for the protagonist. The game tells us that she’s a badass Imperial combat pilot, but we never get to see her do anything. She sits in the ship and waits for Starkiller to come back from his most recent massacre and chauffeurs him around the galaxy. Her presence in cutscenes is fairly minimal (although when she does get some meaty dialogue, all of twice it ever happens, the actress kills it) and (spoilers) when the romance is revealed at the end of the game, it’s sincerely jarring. At least we get moments of development for Starkiller within the missions because he gets to talk to people outside the ship. Juno is used as a prop in this game, and both the actress and character deserved better. The droid helper gets better characterisation than our romantic lead, which is a big problem.

Coming back to Star Wars: The Force Unleashed was something I was really excited for, but the experience itself was bittersweet. This is a game that somehow holds up enough to be fun, but shows its age enough that a modern audience is likely going to be slightly disappointed by its limitations. No matter how fun and varied the combat is, the bottlenecked nature of the level design is going to feel very constricting. Even though most of the story still reads well and is superbly acted by the entire cast, the tacked on romance and poor characterisation of the romantic lead is going to leave the audience unsatisfied.

The Force Unleashed was a perfect game when I was a 10 year old boy because it had all of the best bits of Star Wars to me: a cool protagonist that had cool force powers and fought against cool alien villains; but now, I need more than the cool factor from the media I consume, especially Star Wars. This game still has the things I loved back in 2008, but it also has a lot of mediocre remnants from that era of 3D action games that I’d rather leave behind.

Thank you for checking out our Star Wars: The Force Unleashed Switch review, thank you to Aspyr for providing the review code and thank you to our $5 and up Patreon Backers for their ongoing support:

For more reading, check out our review of Sockventure. 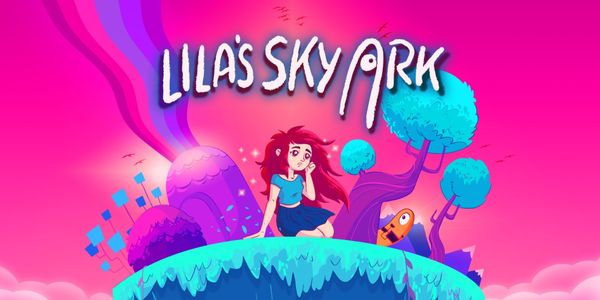 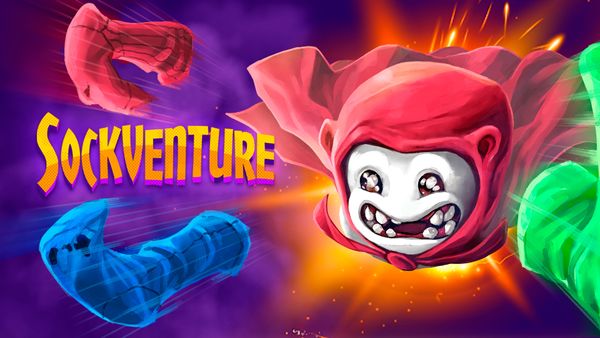 "Knocked my socks off."