The fifth boss guide for Retro City Girls is for Noize, a rockstar with adoring fans who just wants to be loved. Let’s take her down by beginning with…

The first portion of this phase will simply have you trying to avoid the Guitar Hero-esque buttons. There’s no trick to it, just jump over as many as you can.

When the buttons stop, watch the row of speakers light up from right to left. When the leftmost speakers light up, Noise will crash down onto you a half a second later. So, make sure to double-tap and run away and slightly up or down to avoid the rainbow shockwave.

Noize will then dash over to a part of the dance floor with a straight line trail and her axe left behind. Get in close to attack but as soon as the axe pulls back a little, quickly run away as that axe is coming back like a boomerang.

Whilst all this is happening, raving fans will run towards you (why they’re running towards you and not Noize, I couldn’t say). These fans are easy to take as they require only one quick attack.

After that, same thing with the speaker lights and Noize coming down on you. She will then follow up with twice as many raving fans and her axe will fling around more than before, so watch out for where she ends up to attack her.

The main difference here is that Noize will occasionally jump and strum on her guitar, created two energy balls of light that will shoot out on either side and slowly draw in on you. Simply avoid them as much as you can until they fade (I’d recommend ignoring the fans until the energy balls have faded as they barely get in your way).

Phase 3 is all going to be the same (but with six raving fans), however there is just one new trick up Noize’s white leather sleeve.

When you’re up close with her, Noize will sometimes sink into the ground. She will then reappear with a bright beam of light in a corner and shoot a wave of fire towards you that is easy to jump over.

Keep up the strategy and you’ll soon be victorious!

The River City Girls Boss Statue locations can be difficult to find. They’re seemingly everywhere but then again, not so much. In total throughout River City Girls, there 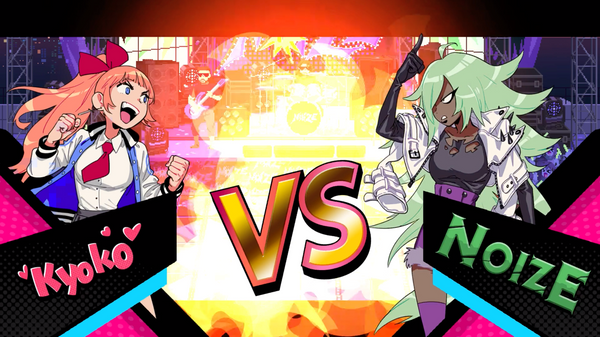