Rise: Race the Future is an arcade rally racing game set in the not too distant future. With ten specially designed cars exclusively for this game (Anthony Jannarelly) that are equipped to tackle a wide variety of terrain (even across water), this game lets you see a glimpse into what may be to come in the world of rally racing.

Rise: Race the Future has a nice variety of cars that you can unlock the more you proceed throughout the game. These cars feel nice and responsive, with an arcade feel that is inviting to those who just want to have a good time and not take the game too seriously. There is a boost ability which can be used tactically to overtake opponents, gain a more comprehensive lead and be able to get yourself out of a tailspin.

The game has three modes: Challenges, Championship and Time Attack. For its arcade nature, Challenges offers the most variety with certain criteria to be met, such as beating a specific car or finishing without using the boost feature; the Championships offer various conditions and races, providing that feeling of progression whilst the odd spectator cheers you on; and lastly, the Time Attack mode allows you to attempt to beat your high score with the optional inclusion of your ghost to compete against – pretty standard there.

The glaring omissions of local and online multiplayer was a major shock as it greatly shortens the game’s staying power. Once you have completed all nine championships, conquered the challenges and unlocked all the cars, there’s nothing left to do aside from race your ghosts. Multiplayer has been a staple in racing games since the genre’s inception, so playing through one without it is like taking trading away from Pokémon.

Rise: Race the Future is a no-brainer for HD Rumble, but it is a feature that was somehow ignored during the porting process to Nintendo Switch. Any rumble would have been good but with the Joy-Cons remaining still throughout the entire game, it is certainly a glaring omission.

As you’d expect from more of the game’s rally courses, the terrain has an effect on the way that your car handles. Dirt tracks are more unstable and snowy tracks cause your car to slide more. Not to sound like a broken record here, but HD Rumble would have felt amazing with the game’s focus different terrain

The courses can sometimes add some great variety that keeps the game interesting. with some areas being a lot wider and less linear, it leads you to also consider which direction to take over simply just trying to get into the best position for the next inevitable turn. It also wouldn’t be an arcade racer without some shortcuts that are risky to get to but can shave seconds off your time, making them the difference between winning and losing.

Despite its clear sense of progression, with competing in one competition after another and ticking off challenges, there is no sense of story, dialogue or context given throughout the entire game. Rise: Race the Future is ‘set in a near distant future’ and despite the coolness of some car designs looking slightly more out there, the tyres turning sideways when driving on water, a random aircraft floating in the air and some neo-western design choices, there is absolutely no context given to this – not even descriptions for tracks or cars or an acknowledgement when you win a championship. It’s not a deal-breaker, it just would have been nice if just a little extra effort went into this aspect.

The problem with budget racing simulators is that they are always going to be compared to the elite games of the genre like Forza and Gran Turismo. These games are known for pushing consoles and hardware to their limits, wowing us each and every time with their hyper realism.

With all that being said, Rise: Race the Future does a respectable job with believable assets and effects (such as droplets flicking onto the screen when driving through water or dirt splatters on your car). For a $16.49US game on the Nintendo Switch running at 1080p resolution, it gets the job done with little to no performance issues in the process. Draw distance is also a very important aspect in racing games and whilst Rise: Race the Future does a respectable job on this, there were a few instances where I questioned a turn in the distance on long stretches of road.

However, the same cannot be said for the game in handheld mode. Whilst it is obvious the the game drops to 720p in handheld mode as all games on Nintendo Switch do, Rise also suffers from frame rate dips and the nature of the game does not do well on a small screen. Needing to see what is coming up ahead is crucial and the smaller screen in addition to the lower resolution and unstable frame rate makes it an eye-sore.

The music when racing is fast and upbeat, just as you’d expect from an arcade racing simulator such as this. It gets the player into the zone without taking too much attention away from the gameplay. It may be nothing special and occasionally somewhat generic, but it gets the job done.

However, the issue with the tracks is that they are incredibly repetitive and coupled that with repetitive gameplay, the whole atmosphere just gets old and tiresome very quickly.

If the Nintendo Switch is the only modern console that you own and you don’t mind playing a game exclusively in TV Mode, then sure, Rise: Race the Future could absolutely be a fun experience for you. But as it stands as a fully functioning Nintendo Switch port, the game just doesn’t do well for the console’s portable design. Couple that with the lack of multiplayer of any kind (which is absurd for a racing game on the Switch) and its lack of personality, and you’ve got yourself a racing game that gets old quicker than the game’s boost mechanic. For this week’s Switch Kickstarter Project of the Week, we will be looking at Roach Game’s Kingdoms of the Dump. The game is slated to release in 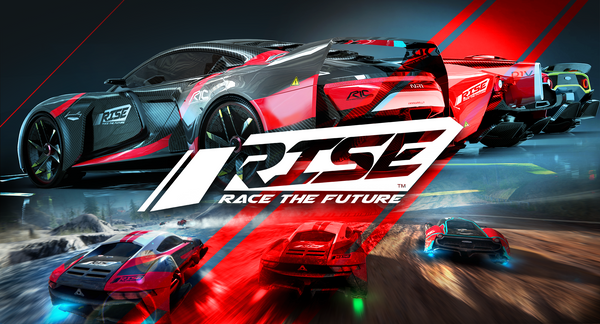 Rise: Race the Future is an arcade rally racing game set in the not too distant future. With ten specially designed cars exclusively for this game (Anthony Jannarelly) that are