A young cloud leaves home with a dream: to find a place where a cloud can be free to do whatever they wish, rain whenever they want and on whomever they wish. In Rain on Your Parade, you play as a young Cloud in a level-based, light puzzle game as they journey to this promised land, using a selection of weather abilities to cause mischief and mayhem along the way. Your antics will range from slightly annoying to very destructive as you soak those in your path. The forecast says rain is on the way.

At its core, Rain on Your Parade’s gameplay is simple. Move with the control stick and hold A to rain. The challenge and variety of the game comes from its mission, as it contains a wide selection of mini-game tasks to complete throughout its levels. A common goal will be to “Soak all the hoomans” using the rain ability but objectives will range from putting out fires to causing them. You’re asked in one level to do something mischievous like ruin a date and in the next, something destructive like using condensation to absorb acid, and raining it on crops to kill them and on cars to erode them.

As you progress, you will unlock new abilities like thunder to scare people and cause fires and snow to make people and cars slide, resulting in more destruction. The challenge of the game is in finding out how to accomplish the objectives as some of them aren’t very straight forward. There was only one level that gave me a genuine challenge in which I needed to navigate through a field of rocket launchers; however not getting hit was only a bonus objective. My only critique of the gameplay is that it’s shallow. It’s fun, but that’s about all it is.

Enjoying our Rain on Your Parade Switch Review so far? Don't forget to like us on Facebook and follow us on Twitter for more Nintendo Switch content. Also, please consider supporting us on Patreon so that we can continue to keep the website running and get our fortnightly podcast two days early.

Rain on Your Parade has a surface level story that serves as a backdrop and provides a small amount of comedy. A grandfather is telling a bedtime story to his grandson about the cloud that traveled across the land to a place where it could rain on whomever they want, whenever they want - A magical place called ‘Seattle’. My comment on the story is that it’s somewhat unnecessary. As stated in the gameplay section, it consists of a lot of short mini-game levels that are disjointed and unrelated to one another. This story comes up in a scarce few cutscenes that serves more to interrupt the gameplay to force a story that doesn’t even need to be there.

Another element is a large elderly thunderhead cloud that will often appear to introduce some abilities that you’re about to acquire, update you on your progress on the game and toss in a quip here and there. This character’s inclusion only further invalidates the grandfather story element but overall, it’s a minor complaint given how infrequent the grandfather appears. Some of the levels will feature their own mini-stories that will further disjoint the game’s pace considering the paper-thin overarching plot that is introduced via the grandfather.

Rain on Your Parade features a handcrafted motif. The Cloud you play as is cut from cardboard and suspended from string. The environments look to be made from paper and the people and cars like plastic figures. The whole game looks like a school project diorama and for the majority of Rain on Your Parade, the levels take place in either suburban or urban environments.

A small handful of levels feature references to other pop culture, often done for comedic purposes. Some examples are a Metal Gear Solid inspired level in a snowfield called “Cardboard Gear Cloud,” a level based on the American version of the television show The Office and a Silent Hill inspired level in a dirty abandoned hospital called “Cloudy Hill.”

The music in Rain on Your Parade is varied to match the levels’ themes. The level selection map is paired with a cheerful chirp synth tune, while most levels that aren’t referencing anything will feature more conventional instrumentation. A level that takes place on a farm will feature a calming piano and plucking guitar duo while a level within a school will have a more upbeat drum and keyboard pairing.

In the way of sound design, animals and nature sound natural, fitting with an overarching theme of a lot of the game’s levels being nature rebelling against man. Couple that with The Cloud’s victims’ high-pitched, panic sounds and that’s Rain on Your Parade in a nutshell.

Rain on Your Parade is not a wasted experience but it also is not a memorable one. While there is fun to be had, there is no challenge, intrigue or much of anything to compliment the fun to elevate the game past what it feels like, being a WarioWare wannabe. There are attempts at humor throughout the game but for me personally, they don’t always connect. The humor can range from jabs at the games industry like criticizing the abundance of micro transactions, to references to memes and pop culture. The issue I take with it is that the humor can come off as whiney and some of the references are already outdated (for example, a ‘hide your kids, hide your wife’ reference). Overall, I feel that this game would have been better suited as a mobile app due to its sheer simplicity in game design.

Thank you for checking out our Rain on Your Parade Switch review, thank you to Elijah Montoya for providing the review code and thank you to our $5 and up Patreon Backers for their ongoing support: 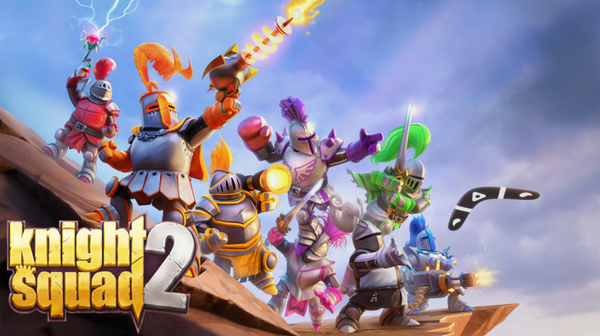 "Will it be nominated for tonnes of awards? Unlikely. Is it a fun time to be had with friends? Absolutely!" 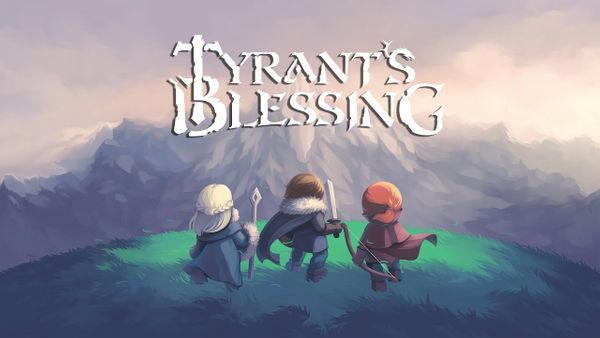 For this week’s Switch Kickstarter Project of the Week, we will be looking at Mercury Games's Tyrant's Blessing. The game is slated to release in Q1 2022 on PC,