The most dastardly rogue of them all, Jack, has been revived by the Devil himself to rid the world of the magician that’s destined to save humankind. Pumpkin Jack is a 3D platformer in a similar vein to Jak and Daxter but with a linear structure and an aesthetic to naturally accompany October 31st. Halloween is nearly upon us and what better way to celebrate than with a spoooooky game?!

Jack’s platforming efforts are executed with wonderful precision, making the gameplay a real treat for any fans who love to frolic around in a 3D space. Although Jack’s move arsenal is limited, focussing mainly on combat, a lacklustre ranged attack with the help of his crow companion, the ability to double jump and dodge roll, Pumpkin Jack makes use of these skills in a smooth yet predictable fashion.

Z Targeting has been a staple in action adventure games since The Legend of Zelda: Ocarina of Time and whenever a game that’s heavy on melee combat lacks this feature, it’s always jarring, to say the least. Combat in Pumpkin Jack feels lacklustre and somewhat clumsy, especially without the Z targeting, and would always look forward to the platforming focussed areas.

During boss fights, the “Z targeting” is automatically set on the boss itself, which creates a myriad of issues. You can turn off the automatic camera controls so that you can control it at your will, but a Z targeting button would have been ideal. Firstly, this makes it difficult for you as the player to attack the smaller enemies that spawn and secondly, when you do think you’re targeting in the right direction, you may be sorely mistaken. There were a few deaths that were created by this exact issue and going through the entire rigmarole multiple times over will leave your mind numb with frustration.

Throughout each level, you can go out of your way to collect Crow Skulls. These can then be used as currency in order to purchase cosmetic costume changes. The Crow Skulls also provide a tasty collectible which no 3D platformer would be complete without.

Enjoying our Pumpkin Jack Switch review so far? Don’t forget to like us on Facebook and follow us on Twitter for more Nintendo Switch content. Also, please consider supporting us on Patreon so that we can continue to do what we love doing.

I was ecstatic when I came across the first mine cart level because I love mine cart levels; however after 15 minutes of continuous deaths, I quickly remembered how much I hate mine cart levels. Its approach in Pumpkin Jack is from an over the shoulder, third person perspective, making you rely on steering, jumping and using your crow buddy to knock down the hazards before you. It’s a fun approach, but it’s also quite jarring when the depth perception and rolling hills makes it difficult to discern exactly what’s coming up next. Trial and error will be your way through them and with no checkpoints throughout, they’re not something you look forward to.

Pumpkin Jack is a strictly linear platformer that doesn’t provide much reason to stray from the well-trodden path; I also mean well-trodden literally as there is either a literal pathway or clear progression points to nudge you in certain directions. You may find the odd secret here and there that will reward you with Crow Skulls, but these aren’t terribly difficult to uncover. The level design doesn’t begin to show inspiring creativity until you reach the third chapter where you’ll ride a phantom gondola and attempt to guide your way through a Legend of Zelda inspired Lost Woods, as it were.

Another aspect of the level design that I must take my hat off to are the quick puzzle segments where Jack’s head detaches from his body. When this happens, you simply control the pumpkin in a much more confined space where you’ll find your actions much more limited. This may not sound intriguing, but it’s the way that Nicolas Meyssonnier has designed these puzzles to include forward thinking, memory matching puzzles and the like. To be honest, I almost found myself wanting more of these.

The plot itself is quirky and lighthearted, playing on the anti-hero angle in a way that brings its characters to life (sometimes metaphorically). Each NPC has their own quirk and they each delightfully break the forth wall in subtle (and sometimes not so subtle) manners.

There’s also nothing better than a smart alec protagonist with a chip on his shoulder. Not only that, the banter between Jack and various NPCs is a dry, witty humour that will make any player chuckle. I especially have to highlight the line where Jack says that an NPC looks soulless, only for the NPC to respond with, “of course I look soulless, I’m a salesman”. As someone who used to work in sales, that quip struck a chord.

I remember playing the demo of the PC version of Pumpkin Jack just a few weeks ago and I can safely say that graphically, the Switch’s version is a considerable downgrade. The game still run smoothly and despite the odd hiccup here and there, it was certainly a wise decision from a gameplay perspective. The aesthetic however, despite being subpar on a technical standpoint, is immaculate, setting an eery Halloween vibe that is reminiscent of a Tim Burton movie. Whether it be as obvious as the purple tint of the world or the fine touches with Jack’s arms being two sticks tied together by rope, there’s a lot to visually admire about this game.

Honestly, the soundtrack can be quite cliche but ultimately, it fits the bill. It primarily takes on the low brass bass line and doesn’t stray too far from it; that is until it blurs the line between copyright with the William Tell Overture when riding the horse and Beethoven’s Für Elise during a specific puzzle segment.

Click here to read our review of Space Crew

The 3D platformer is difficult to pull off and as Pumpkin Jack was solely developed by one Nicolas Meyssonnier, my hat immediately goes off to what they have achieved with this game. While the game has a lot of charm and is released at the perfect time of year, its Switch version suffers from the technical limitations of the hardware. Despite this, Pumpkin Jack is a fantastic addition to the 3D platforming genre and wonderfully encapsulates that Tim Burton-esque vibe.

Thank you for checking out our Pumpkin Jack Switch review, thank you to Headup Games for providing the review code and thank you to our $5 and up Patreon Backers for their ongoing support: 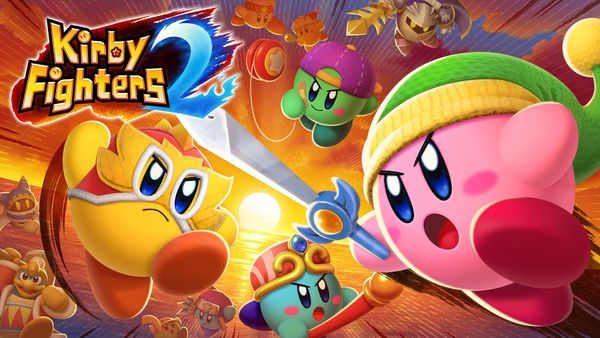 While most Kirby games have an emphasis on platforming with combat mixed in, Kirby Fighters 2 is a nice change of pace: nothing but combat. While the Kirby series has

On the 30th anniversary of the original Fire Emblem Entry on Famicom, Nintendo will be re-releasing the game on the Nintendo Switch and for the first time ever, it will