Back at PAX Aus 2018, we interviewed Michael from Shadowplay Studios to talk about Projection: First Light. It’s been almost two years since then and after its timed exclusive stint on Apple Arcade, the light-based puzzle platformer is finally coming to Nintendo Switch on September 29. Here’s the announcement:

Guide Greta on her journey to self-enlightenment as she explores breathtaking locations, including China, Victorian England, Turkey, Indonesia, and more. Harness Greta’s light-manipulating ability to travel through this world while learning about each culture’s powerful connection to this ancient artform.

Illuminate the path forward to see the world in a new light. Build platforms from shadows so Greta can overcome obstacles and navigate through ornate environments. Bend light and shadows to discover creative solutions to puzzles and uncover alternate pathways.

Absorb the dazzling details of the places Greta visits, each meticulously designed to recreate the distinct shadow puppetry of the region and era. Encounter legendary heroes from the various cultures and lean on their powerful auras to face off against mythological creatures and learn more about Greta’s newfound light-bending powers.

Developer Shadowplay Studios consulted with famed Australian shadow puppeteer and historian Richard Bradshaw to ensure every aspect of Projection: First Light is presented accurately with the utmost respect to the nations featured within the game. Accompanied by ethereal music performed by period-authentic instruments, the word of Projection: First Light stands as an interactive showcase of shadow puppetry throughout the ages. After a rambunctious night of drinking for Gregor Samsa’s friend Josef’s birthday, Gregor finds himself with the worst hangover imaginable as he is unwillingly transformed into 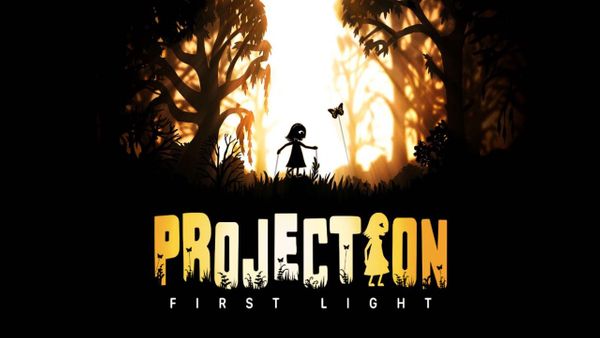