Persona 3 Portable, a remake released in 2010 of a game released in 2006 being re-released in 2023, is coming to a wider audience after the massively successful release of Persona 5 and its uptake of interest in the franchise. Be prepared for aged mechanics, but also a compelling story as Persona 3 Portable is the title that set the groundwork for the series as a whole. Accept death, be brave and take a look at this historical piece of media as Atlus releases it on modern consoles.

Without going into details, there is an intriguing story to explore in Persona 3 Portable that touches on the themes of accepting death and standing strong. Coming to your new school and dorm rooms, everything has this weird hue to the world. Arriving at your dorm, you encounter a strange boy, sign a contract and meet a fellow classmate. Then, everything returns to normal. Eventually, you learn about an additional hour of every day that happens when the clock strikes 12 called the Dark Hour that only certain people can experience. You’ll unfold the mysteries that are beholden to Tartarus, while attending school and forming bonds with your friends and other people that help you out along the way. This is all what helped define Persona as a franchise and sets things up for future additions to perfect the formula.

Exclusive to Persona 3 Portable is the option to choose between a male or female playable character which has changes to how scenes play out, as well as gameplay features. And it’s here where you now have the option to form social links with all the characters; you aren’t forced into dating every character you reach max social link with and you get to choose your velvet room attendant between two options.

The main issues I have with Persona 3 Portable is mostly due to the age of the game and this being a re-release and not a remaster, which would have been preferred. You have no control of your party members in combat which can lead to the AI performing actions you don’t want them to, so strategy has to be taken more cautiously. So be careful when working your way through Tartarus and saving the world in the dark hour.

Another missing factor that really shows the age of the game is that the free roaming aspect of exploring the world with your character just isn’t here. There is only a cursor you move around to interact, similar to a point and click adventure game, which doesn’t help to sell the world of the game as it’s own living, breathing space unlike Persona 4 or Persona 5. Unfortunately, there is a version of Persona 3 that does have both animated cutscenes and free roaming, but that’s not the version that is being re-released here.

Ultimately, Persona 3 Portable is an excellent title and well worth any JRPG fan or Persona fan's time. You can take your time to explore the world, but you’ll just have to deal with some of the more aged mechanics and the lack of free roaming to immerse yourself more. However the story, music and history to set up the franchise truly makes it all worthwhile. Dive into the Dark Hour - as you’ll need those extra hours of the day to experience this time-consuming franchise - and enjoy yourself as either the main character or the female variant (choose the female, trust me).

Thank you for checking out our Persona 3 Portable Switch review, thank you to Atlus (via Five Star Games PR) for providing the review code and thank you to our Patreon Backers for their ongoing support:

"The Cosmic Shake feels like it came from the early 2000s, warts and all."

"More than deserves the title masterpiece." 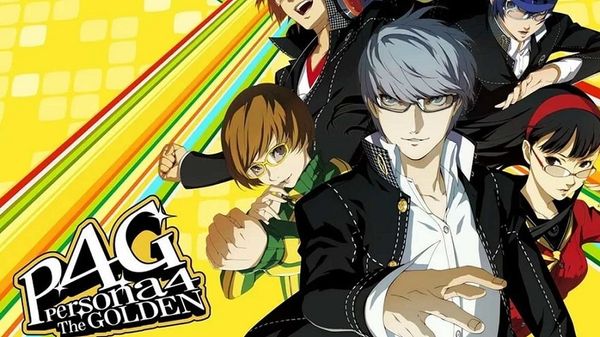 "This port is so close to perfection."