Oceanhorn 2: Knights of the Lost Realm is the long awaited sequel to Oceanhorn: Monster of Uncharted Seas. The second instalment was first released on Apple Arcade over a year ago and I, for one, have been eagerly awaiting its release on the Switch as the original was such a perfect Switch game in terms of look, feel and scope and the sequel had the same feeling around it. Both games are homages to the Legend of Zelda series and play very similarly i.e. action RPGs with a heavy emphasis on exploration and puzzle solving. The developers over at the Finnish studio Cornfox & Bros are clearly big Zelda fans!

In late 2018, I went on holiday to Tenerife with my then-girlfriend (now-wife). Two memorable things happened on that trip; one, I proposed, and two, I bought the original Oceanhorn the day before we travelled and played it for most of the holiday. Of course the engagement was the highlight of the trip (in case my wife is reading this) BUT, Oceanhorn was a charming game oozing with class. I absolutely loved it, hence my excitement for the sequel!

As mentioned in the introduction, you could be playing either of the Oceanhorn games and if you zone out a bit and forget exactly what you’re playing, they could easily be the latest entry in the Legend of Zelda series. There are hearts in the top left of the screen representing your health, there are heart pieces that you need to collect to increase your hearts, there are bombs, bombable walls AND treasure chests. You get the idea. For anyone who read my Axiom Verge review from a few weeks ago, I said:

It is often asked; when does an homage become a shameless copycat piece? And vice versa. It seems that if a game is awesome then that discussion point becomes moot anyway…

By that, I meant that some people will play this game for 15 minutes and dismiss it as a Zelda rip-off – and it kind of is. But I view it more as a Zelda tribute, and a darn good one at that.

What further increased my anticipation of Oceanhorn 2 was that the series was taking the big step up to a 3D world/environment. Similar to the jump that the Zelda series made from the first four games in the main series (which were 2D top-down perspective games) to the expansive 3D world of Ocarina of Time. That jump is made here from Oceanhorn 1 to 2 – and Cornfox & Bros have done a fantastic job in making that transition. There are large open areas to explore and also large villages with a number of characters to interact with. The first hour or two of the game is frustratingly linear as it pushes you down a certain path but as you open up the world map, you feel free to explore and it really starts to come into its own. The puzzles you encounter along the way in the beacons (beacons being what they call dungeons in this game) are a lot of fun and really get the old cogs in the brain going. The overall feel of the world, along with the game’s natural charm, makes for a fun and positive playing experience.

It’s not all plain-sailing though and there are a couple of weak areas of the game that I found frustrating. The combat could be a lot more varied, as normally you just jab your sword at an enemy until it dies. The lack of combat variation makes it tempting to just run past enemies rather than engage with them. Speaking of running – I also found the stamina gauge to be pretty annoying; you cover a lot of ground in this game as you travel around and the walking pace is quite slow, so inevitably you hold down the run button, but your stamina runs out rather quickly. The same stamina bar is used for swimming which led to some farcical moments where I ran towards water (exhausting my stamina bar) and then went into some waist-high water and instantly drowned and died due to my stamina already being empty! I felt it would have been good to have the running and swimming gauges as two separate things. You do get an item that allows you to swim indefinitely with no stamina limitations but that doesn’t come until about half-way through the game.

Enjoying our Oceanhorn 2: Knights of the Lost Realm Switch review so far? Don’t forget to like us on Facebook and follow us on Twitter for more Nintendo Switch content. Also, please consider supporting us on Patreon so that we can continue to do what we love doing.

Lastly, you meet other characters/companions along the way who join you on your journey, kind of like building a party in a turn-based RPG. However, this whole mechanic felt a bit like it was added-in as an after-thought and could have been executed a lot better.

The world itself is substantially big and there’s a lot to explore. There’s a hub town called White City which serves as the centre piece to the expansive world and from there, you explore all sorts of terrains; jungles, lagoons etc. You can also travel the overarching world map using various different modes of transport at different moments in the game, similar to how you travel around the world map in Final Fantasy 7 and 8 in an airship, etc.

The in-game map could have been better; I love game exploration and love a good in-game map as a result. However in Oceanhorn 2, there isn’t a map key and you can’t zoom-in which makes reading the map a bit difficult at times.

You play as the vaguely named character ‘Hero’ as he tries to help the elder Master Mayfair regain the Sacred Emblems from the evil Mesmeroth. The story is engaging but a fairly standard affair for a fantasy RPG. There were some humorous moments in the script and the characters are quite interesting which stops it from being dull and formulaic. The plot gets quite dark at times which I like, rather than falling into the trap that a lot of games do by having a rose-tinted, sugary sweet plot.

Oceanhorn 2 looks gorgeous. I loved the graphical design and the developers have done a commendable job of making all of the environments feel endless. By that, I mean despite there being boundaries to the environments, they still give the illusion that there aren’t in fact any boundaries, which is really clever. The graphics are vibrant and fresh and the various terrains are beautifully designed whether it be sand, water, trees, etc.

The music is solid yet unspectacular – it serves a purpose as competent background music but I didn’t find myself humming any of the tunes after I stopped playing. There’s also full voice acting which is a nice touch and one that I didn’t expect. This further demonstrates the effort that was made to take the series to the next level (successfully).

This game is awesome. It’s well-made and fun, a must-have for any Zelda fan. I really wanted to give this game 90%, however there are a couple of elements which felt under-cooked and slightly wide of the mark to me, such as the combat and the companions. If it wasn’t for those elements, I would be screaming from the rooftops about this game, but instead I’m merely… talking from the rooftops? The Oceanhorn series is growing exponentially better and if Cornfox & Bros develop a third game and continue the upward curve, then it will surely be a doozy!

Thank you for checking out our Oceanhorn 2: Knights of the Lost Realm Switch review, thank you to Plan of Attack PR for providing the review code and thank you to our $5 and up Patreon Backers for their ongoing support: 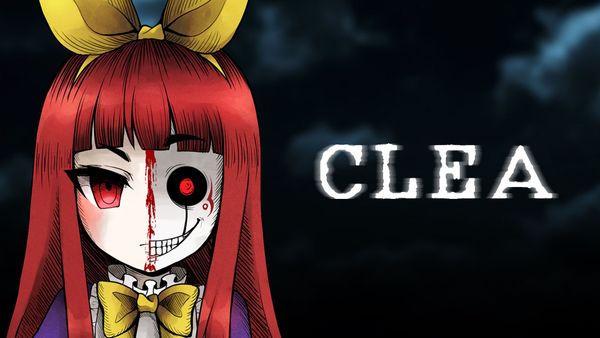 In a mysterious mansion where Clea and her younger brother must avoid the other-worldly Chaos Servants that have escaped from their parents’ laboratory, Clea‘s survival horror motif 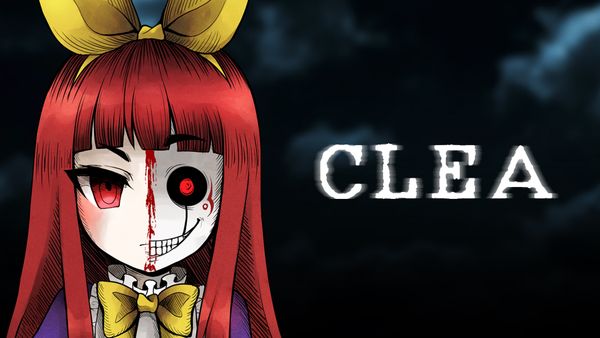 Right before Halloween, PR Hound have announced that Clea, a survival horror game from Australian developer InvertMouse and publisher Sekai Games, will be coming to Nintendo Switch on October 30