NUTS is developed by Joon, Pol, Muuutsch, Char & Torfi and published by Noodlecake; it’s being released on Switch having already been released on Apple Arcade earlier in 2021. NUTS is a first person adventure game based around the surveillance of squirrels, but all is not as it seems...

In NUTS, you play as a scientific researcher who has been dispatched to Melmoth Forest to investigate the behaviour of squirrels in the area. You are set tasks by your new boss over the phone – Dr Nina Scholz – and most of these tasks involve leaving your caravan and dispatching tripod cameras into various positions in order to record the movement and activities of said squirrels.

The game is very much based around trial and error – you are equipped with a GPS tracker which gives you an indication of where you need to position your equipment and once you’ve done this, you then return to your caravan and record the footage overnight, play it back and check if you’ve recorded what’s required by Dr Scholz. When you inevitably haven’t got it right the first time, it’s a case of going out again and repositioning your equipment, returning to the caravan and checking the footage again, and rinse and repeat. This may sound tedious but I actually found it strangely addictive.

The squirrels don’t appear until you return to the caravan so you do need to use your nous and be tactical so as to ensure you don’t have to make too many trips back and forth. Each time you leave the caravan to reposition your equipment, there is a day counter (Day 1, Day 2) etc, so the incentive is to record the required footage in as few days as possible. When you’ve got the right image on the camera, you print-screen and fax it to Dr Scholz, at which point she calls you on the phone in your caravan if you’ve been successful with your image capturing.

You move on to a new area/chapter once you’ve completed your task(s), so this keeps it fresh as you get to experience different environments. I did find some of the tasks in some of the chapters more arbitrary than others, for example I really enjoyed the ones where you have to find the squirrels’ secret hidden stash but in other chapters, you have to record an image of the squirrel at certain timestamps (10 seconds, 20 seconds etc) and this felt like it was shoehorned into the story a bit just to give you a task to do. However, broadly speaking, the tasks are engaging and addictive.

So, this is a cutesy Pokemon Snap style photography game, right? Wrong! NUTS is anything but. Yes, you do spend most, if not all, of your time positioning cameras to try and capture images of cute squirrels, but this game is set against a significantly darker backdrop with a plot that intertwines scientific research with environmental and deforestation issues. I’m not sure if this is what the developers intended but throughout the whole game, I was expecting some kind of Blair Witch Project situation to develop because it really does have a creepy undertone to it. You feel very isolated and, at times, you wonder whether you are truly alone in the forest…

The graphics in NUTS are generally monochrome with a pastel-y kind of haze to the environments. Full colour would have really brought the environments to life but I appreciate that we’re talking about different budgets and resources when it comes to the indie market. However, if you like your games to be detailed and colourful graphically, then probably best to look elsewhere.

There are also some glaring issues with the clipping – for example, the cameras you carry around clip into pretty much every surface before you place them down, so this could have been a lot tidier.

The music is purely ambient but it certainly compliments the slightly creepy tone I mentioned earlier. The voice acting in this game certainly deserves a special mention – Dr Nina Scholz is the only talking character but it’s a fine piece of voice acting, indeed.

I really enjoyed playing NUTS and I think the main reason for this was because it just wasn’t what I expected at all (in a good way). It’s both relaxing and calming, but also a bit scary at times, and I really enjoyed that ambience as it’s something I haven’t really experienced in a game before. There’s not really any replay value towards the end, which is a shame but while it lasts, NUTS is fun, addictive and slickly crafted.

Thank you for checking out our NUTS Switch review, thank you to Popagenda PR for the review code and thank you to our $5 and up Patreon Backers for their ongoing support:

If you've followed us at all over the past two years, you'd know that we are unbelievably excited for Drop Bear Bytes' upcoming Aussie outback themed CRPG Broken Roads. As 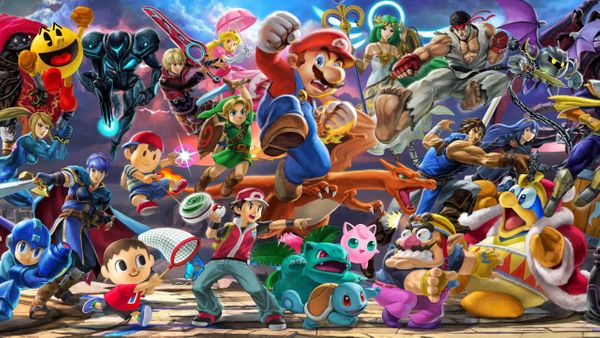 During Nintendo's latest fiscal report earnings, in addition to the news that the Switch has now officially outsold the Nintendo 3DS, the company has also revealed the 20 best selling