In Nirvana Pilot Yume, The year is 3080 and the G.U.R.U. (Great Ultrathought Race of the Universe) is the newly accepted method of resolving interplanetary disputes. Play as Eye Ardain, a retired legend who fell from grace after his terrible racing accident, as one day, a bright-eyed newcomer Yume knocks on your door and requests to be your racing partner, guiding each other through meditation and focussing on the other’s telepathic view. It’s all about trust and synchronisation, but how does this translate to a video game that bounces back and forth between a high octane racer and an anime visual novel?

Outside of the basic visual novel dialogue segments, the main crux of the gameplay focusses on long stretches of race tracks in your vehicle. The idea is to avoid all hazards whilst driving at blazing speeds and get to the end. The races are challenging, even for more experienced players. You’ll need to grow accustomed to using the break button and not to worry about high scores until you grow more accustomed to the controls. That being said, I often noticed that certain inputs didn’t seem to register correctly, especially when jumping. This caused unwarranted losses, making me groan with frustration.

Both your victories/failures in racing and your dialogue choices have an effect on your Nirvana Sync, which is always at a percentage out of 100. This number represents how insync you are with your pilot partner and how much you trust each other. In terms of gameplay, the higher the number, the more attempts you get at a course. It’s an odd system as it means that the more you lose, the greater your chance is to lose again, but to play devil’s advocate, it certainly increases the stakes.

Enjoying our Nirvana Pilot Yume Switch review so far? Don’t forget to like us on Facebook and follow us on Twitter for more Nintendo Switch content. Also, please consider supporting us on Patreon so that we can continue to do what we love doing.

When I say racing, you aren’t actually racing against other racers, rather you are doing everything in your ability to make it to the end of the course without crashing. There are no checkpoints, so you’ll need to complete each race in a single attempt from start-to-finish. This. Is. infuriating! Especially if you nearly get to the end a jump input doesn’t compute correctly.

Due to the game’s graphics, it can often be difficult for you to see what’s coming up ahead, so as mentioned before, breaking is essential unless you memorise the track and have the reflexes of a cat. Tracks that had less pitfalls and more walls that can be clearly seen in the background were a lot more cohesive and fair.

Nirvana Pilot Yume starts off with a flashback, providing context to the character you play as and their reluctance to get back into the game (so to speak).

The dialogue feels awkward and robotic, with phrases that are simply too rigid and stiff to reflect natural conversation. There are also frequent grammatical errors that make the dialogue increasingly cringeworthy.

There is a lot of fan service and sexual inuendo that will make many players roll their eyes. It certainly isn’t as bad as some other games of this direction, with more subtle references that leave larger shreds of dignity intact, but it’s certainly deliberate nonetheless.

If you’re a fan of Japanese 80s anime, the art style may feel nostalgic to you. Each character seems to have those sharply drawn features screams anime before anime was cool in the west.

During the game’s loadup, there is a seizure warning and after playing the game for an hour, I can definitely see why. The colours in the racing section, coupled with the fast movement and CRT filter (whilst cool), is an eye sore that will literally hurt your eyes.

The soundtrack is repetitive when in the visual novel portion and doesn’t offer much in the way of personality. It fits the theme of a neo-space racer well, but with the same synth melody repeating, you can see how that can get old quickly.

The music whilst racing though is the opposite, with a nice variety and high octane adrenaline that gets the blood pumping. If only that wasn’t let down by near impossible course design, it might’ve been a treat to listen to.

Nirvana Pilot Yume may be a competent space racer that can tend to be a tad too challenging for most, but aside from that, it has a lot of glaring issues. The dialogue is atrociously written and the fan service just makes it all the more cringeworthy. It simply cannot be recommended unless you have the taste for its specific flavours.

Thank you for checking out our Nirvana Pilot Yume Switch review, thank you Red Deer Games for providing us the review code and thank you to our $5 and up Patreon Backer for their ongoing support: Neon Abyss is a game that Team17 have been hyping up for a little while now and today, they’ve announced that it will also be coming to consoles 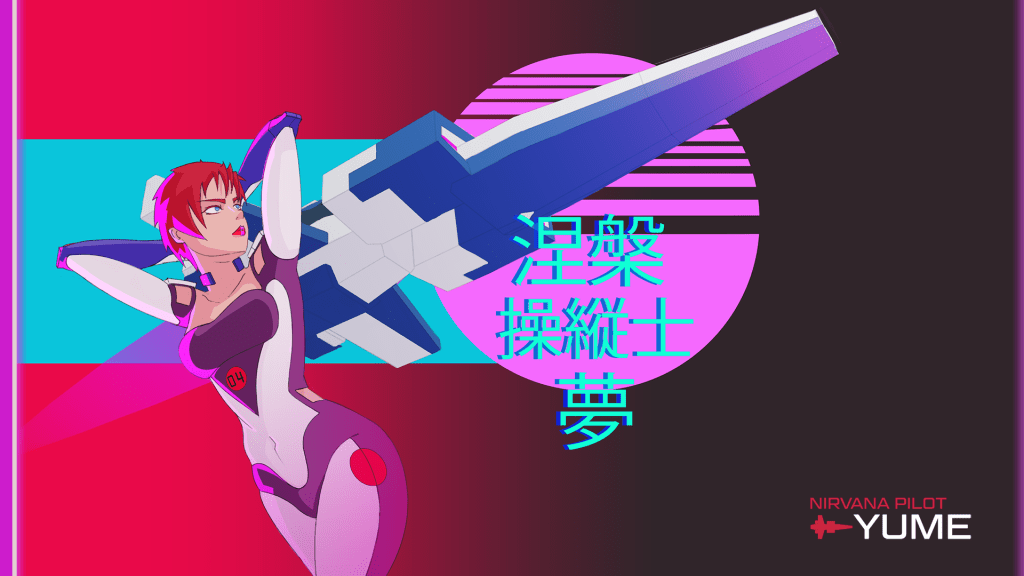