Nintendo isn’t a stranger to filing new and wacky patents and today, they’ve filed another under the US Patent & Trademark Office that shows improved 3D tracking to be utilised on TV screens. The technology shown in the Nintendo patent also grants the ability to create 3D images from a flat 2D plane.

As shown in the image, the technology requires a camera to be situated on top of the TV, whilst a marker is placed on the person (shown in the image situated in the middle of the person’s glasses). This camera then tracks the marker, allowing for more accurate 3D images to be projected from the TV.

This patent is in fact a continuation of a previously filed Nintendo patent from 2010 that addressed issues of 3D technology at the time.

So what does this mean for gaming? Well for one, this could potentially allow the Switch to display 3D images without the need for glasses, just like the Nintendo 3DS. It could also allow for more accurate collision detection in regards to the players position and the objects and projectiles in game.

What do you think of this patent? Do you think that Nintendo should see how far they can take 3D gaming technology? Let us know in the Comments section below. In an update video on Metroid Prime 4, Shinya Takahashi gave some troubling news. Takahashi explained that the game wasn’t meeting the quality standards that Nintendo expect of 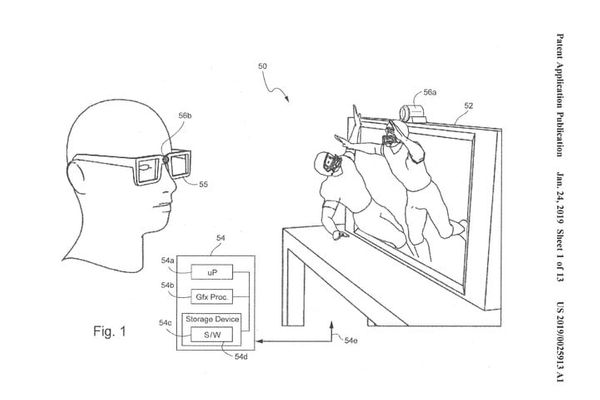 Nintendo isn’t a stranger to filing new and wacky patents and today, they’ve filed another under the US Patent & Trademark Office that shows improved 3D