In this Nindies Showcase, we were treated with a lot of unique Nindie titles. So let’s just get straight into the announcements…

Note: Release Dates are all set for North America.

We’ve been waiting a while for this one, but it’s fantastic to know that Hyper Light Drifter is coming with exclusive Switch content: a new costume to better detect gearbit crates and drifter belts, new weapons such as the crystal shot and the deadly blade caster and a new challenge called Tower Climb.

Treasure Stack is a unique falling block puzzle game that is combined with 2D platforming. Choose from a cast of characters and use the hookshot and other abilities to bring down blocks that fall from above. Treasure Stack also features cross-play with other consoles (not specified which consoles).

This arcade title features various cubes on an adventure to save their friend. Duke it out on pillars and platforms in a 3D space, or even play local multiplayer against friends and family. Exclusively for Nintendo Switch, you can play as Joy-Vot, allowing you to use tilt controls.

Coming first to Nintendo Switch, this game takes place in a location inspired by rural Japan. Play as Mineko and explore a wacky world full of mystery and fun… and cats. With over 20 hours of story-based gameplay with four regions to explore and plenty of quests to undertake, this game is a relaxing adventure for days.

In this sprite-based 2D action platformer, explore a medieval metropolis on the verge of crisis. With an all new co-op mode, push back against the rapid advances of a crazed emperor and angered spirits. There is also a 4-player battle mode if you grow tired of saving the world. Samurai Gunn 2 also comes with a beautiful graphic novel based on the adventures in the game (featuring touch controls in handheld mode).

Bullet Age is a Switch console exclusive that takes place after a nuclear fallout. Play as Ash on a mission to save New Haven from the effects of a nutrogen blast. Bullet Age also features co-op mode, so you can save New Haven with a friend. With a beautiful art style and an arsenal of swords and guns at your disposal, this Nindie features multiple areas to explore and upgradeable gear. Exclusively to the Nintendo Switch version, HD Rumble feels as intuitive as ever, and even allows you to uncover various secrets.

The World Next Door

In this story-driven Nindie play as June, a rebellious girl trapped in a magical world. With a unique reputation system, meet and make friends with all sorts of interesting individuals. Your choices also shapes the story, allowing for multiple playthroughs. Battle bosses in real-time puzzle battles by activating runes in order to cast spells, or you can play in 1v1 versus mode against friends and family.

Explore a variety of levels that have all been created by players who have shared their creations online (including your own). You can even play through these levels in up to 4-player co-op. It’s not Super Mario Maker, but it’s the next best thing.

King of the Hat

Hold onto your hat because once you lose it, you lose. In this 2D action party game, knock off your opponent’s hat before they can knock off yours. With simple 2-button controls, anyone can jump in and play. This Nindie has a lot of personality to it and will make you laugh out loud (or at least chuckle a little).

This hilarious stealth game has you play as a cheeky goose with one mission: cause as much trouble for the people as possible. In this hilarious adventure, reek havoc on the townsfolk as you steal keys, hats and various other objects that they’re needing to get through their daily lives.

What did you think? Are there any Nindie titles that sparked your interest? let us know in the Comments section below. The Nintendo Switch has so many amazing indie titles that can be considered some of the best games on the system. There are a lot of them, so instead of 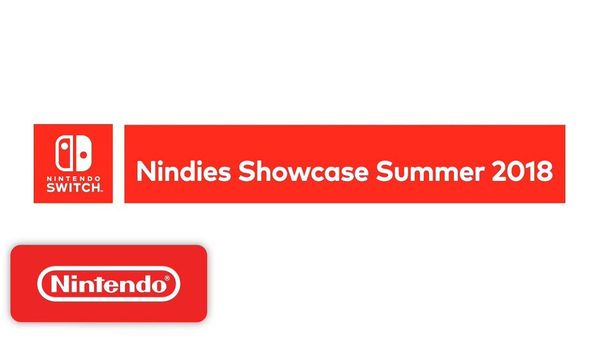 In this Nindies Showcase, we were treated with a lot of unique Nindie titles. So let’s just get straight into the announcements…   Note: Release Dates are