Minesweeper Genius is the next evolution for Minesweeping. While the gameplay is similar enough that Minesweeper veterans will ease into it, it provides difficult, calculating puzzles that are satisfying to complete.

A great amount of mental gymnastics is required in the later stages, which is exactly what I play Minesweeper for. Special tiles that allow the player to jump over other tiles, swap rows, and move entire columns, spice up gameplay, and add a much-needed arcade element to the already-perfected numbers game.

There is a noticeable lack of a ‘safe’ tile flag. Especially past the first five regions, I found myself forgetting where safes were, which forced me to go back and recall ‘because this has four bombs, this has two, this has five, and this has two, that must mean…’ It was frustrating, but I suppose that’s the point of Minesweeper, isn’t it?

Unfortunately, the biggest flaw in Minesweeper Genius is how it plays. The path to the final tile is predetermined, with only one path to follow. This means that there are no dead ends to trap the player into. Subsequently, it takes a large amount of thinking out of the equation. I found myself easily passing the first seven islands, as well as the expert levels attached to each. Special tiles, instead of aiding the player in passing a heavily-infested bomb area, instead act as a safe haven, sure to set the player on the right path, as the path is one single track. At first it felt rewarding, but the repetition and ease to complete paths rather than puzzles is the downfall of Minesweeper Genius.

At first I assumed to be a janitor. Turns out its Aristotle attempting to escape from the clutches of aliens. This is easily ignored, and isn’t played up at all during gameplay. It would have been nice to have multiple characters to play as, or even just simple reskins to allow players to express themselves.

The soundtrack has a sort of techno beat to it, and is nicely unobtrusive when attempting to solve complicated puzzles. It does what it sets out to do.

The graphics are whimsical, vibrant, and colourful, while also giving clear, concise information to the player. I never felt like the graphics hindered the gameplay, only acting as a nice addition to the primary focus of the game – the gameplay.

While Minesweeper Genius does a lot of things right, the distinct lack of thinking required through the flawed pathing system, combined with the repetitive gameplay, won’t make it the next soduku or minesweeping classic that tests one’s ability of deduction. However, that still didn’t hinder from my time spent playing, and any fan of Minesweeper should give this a go. For this week’s Switch Kickstarter Project of the Week, we will be looking at Vethergen’s Serin Fate. Here’s the description: “You are born a Witch… And 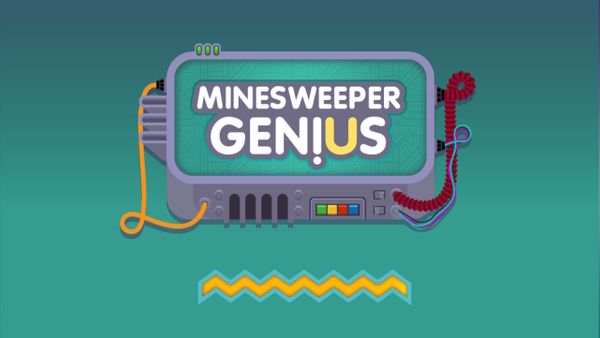 Minesweeper Genius is the next evolution for Minesweeping. While the gameplay is similar enough that Minesweeper veterans will ease into it, it provides difficult, calculating puzzles that are satisfying to