In a shock move, Bethesda parent company ZeniMax along with all of its subsidiaries, including Bethesda. For those who may be unfamiliar with the name, Bethesda have been the company behind iconic game franchises such as The Elder Scrolls, Fallout, DOOM, Wolfenstein and more. In addition to Bethesda, the deal also sees Microsoft acquiring other developers like Arkane, Tango Gameworks, MachineGames, id Software, Roundhouse Studios and Alpha Dog.

The acquisition cost Microsoft a staggering $7.5bil (USD) and is one of the largest acquisitions in video game history. Microsoft has been making bold moves recently in attempts to secure more exclusive support on its hardware and this is certainly the boldest move yet.

Here is the full announcement from Microsoft:

Today is a special day, as we welcome some of the most accomplished studios in the games industry to Xbox. We are thrilled to announce Microsoft has entered into an agreement to acquire ZeniMax Media, parent company of Bethesda Softworks.

As one of the largest, most critically acclaimed, privately held game developers and publishers in the world, Bethesda is an incredibly talented group of 2,300 people worldwide who make up some of the most accomplished creative studios in our industry across Bethesda Softworks, Bethesda Game Studios, id Software, ZeniMax Online Studios, Arkane, MachineGames, Tango Gameworks, Alpha Dog, and Roundhouse Studios. These are the teams responsible for franchises like The Elder Scrolls, Fallout, Wolfenstein, DOOM, Dishonored, Prey, Quake, Starfield and many more.

Bethesda’s games have always had a special place on Xbox and in the hearts of millions of gamers around the world. Our teams have a close and storied history working together, from the amazing first DOOM, and its id Tech engine, innovating games on PCs to Bethesda bringing their first console game to the original Xbox, the groundbreaking The Elder Scrolls III: Morrowind. Over the years I’ve had many deep conversations with the creative leaders at Bethesda on the future of gaming and we’ve long shared similar visions for the opportunities for creators and their games to reach more players in more ways.

Just as they took the bold first steps to bring The Elder Scrolls franchise to the original Xbox, Bethesda were early supporters of Xbox Game Pass, bringing their games to new audiences across devices and have been actively investing in new gaming technology like cloud streaming of games. We will be adding Bethesda’s iconic franchises to Xbox Game Pass for console and PC. One of the things that has me most excited is seeing the roadmap with Bethesda’s future games, some announced and many unannounced, to Xbox console and PC including Starfield, the highly anticipated, new space epic currently in development by Bethesda Game Studios.

Like us, Bethesda are passionate believers in building a diverse array of creative experiences, in exploring new game franchises, and in telling stories in bold ways. All of their great work will of course continue and grow and we look forward to empowering them with the resources and support of Microsoft to scale their creative visions to more players in new ways for you.

All of our work, and the foundation of our relationship with you, starts with a commitment to deliver a breadth of amazing games to discover and play on Xbox. Over the last few weeks, we’ve been excited to share more detail on important elements of a plan we’ve been building towards for years. A plan that is the fulfilment of a promise, to you the Xbox player, to deliver the most performant, immersive and compatible next-generation gaming experiences, and the freedom to play blockbuster games with your friends, anytime, anywhere. Today is a landmark step in our journey together and I’m incredibly energized by what this step means for Xbox.

Please join me in welcoming all of our friends at Bethesda to Team Xbox.

So what does this mean for the future of Bethesda on Nintendo consoles? Bethesda has shown immense support since the Switch launched back in 2017, bringing flagship titles The Elder Scrolls V: Skyrim, DOOM and soon enough, DOOM Eternal. In an interview with Bloomberg, Phil Spencer stated that titles coming to other consoles will be decided on a “case by case basis” and that all other previously announced games coming to other consoles will be honoured (such as the aforementioned DOOM Eternal on Switch). Microsoft have a strong relationship with Nintendo, having brought first party titles such as Ori and the Blind Forest, Ori and the Will of Wisps, Cuphead and Minecraft.

Only time will tell how this acquisition will shake up the video game industry but if you’re an Xbox Game Pass subscriber, this is great news for you.

The life of a successful startup is a common tale, but not when said startup is built above other failed startups and your goal as an intern is to delve 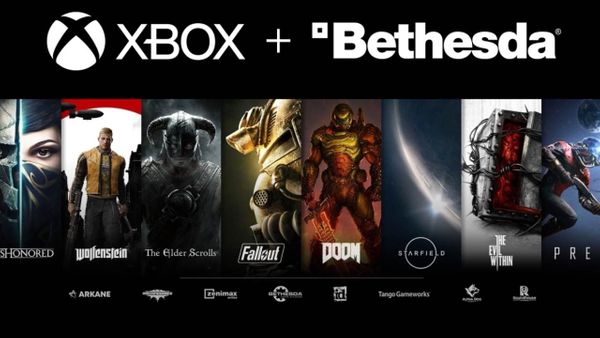 In a shock move, Bethesda parent company ZeniMax along with all of its subsidiaries, including Bethesda. For those who may be unfamiliar with the name, Bethesda have been the company