It’s that time again; the Olympics are almost upon us and as is now tradition, a Mario & Sonic at the Olympic Games title has released in anticipation. This being the first entry to release on the Nintendo Switch, let’s see how the Italian plumber and the Blue Blur fare when they compete in the biggest sporting event hosted in their country of origin.

Mario & Sonic at the Olympic Games Tokyo 2020 is very similar to its counterparts on the Wii and Wii U systems (we’re very aware that they also released titles on the Nintendo DS and 3DS systems, but they functioned differently at their core). However with the Switch being the hybrid console that it is, it gets the best of both worlds by having the option to either play on a single screen or connecting multiple switches together via local wireless connection.

To get to the gameplay itself, each event is… okay. They’re nothing special, rather they simply get the job done without ever providing a ‘wow’ moment. As is the same with most games filled with a wide variety of mini-games, each one feels like a watered down version of something that could be much bigger had they had the creative freedom to do so. The Dream Events attempt to mix up the variety, however Dream Racing feels like a watered down version of Mario Kart 8 Deluxe and Dream Shooting feels like a target practice mini-game for Splatoon 2 (albeit with a beautiful Edo Japanese setting). The only Dream Event that I found to be unique was Dream Karate which had four players duke it out beat ’em up style on a chequered board where you gain points depending on where your opponents land after you hit them (that and it had a sweet Super Mario 64 Castle Theme remix track).

In addition to the Dream events, you also have the addition of Retro Events. These are made up of your standard Olympic events that are beginning to feel repetitive and rehashed, but the addition of them is charming nonetheless. The events take of a more classic control approach with them only having a button control scheme as an option. They feel like they would be right at home on the NES or SEGA Mega Drive/Genesis… sometimes simplicity just works.

Moving on to the main events, it all seems like it’s been done before, but this time on Nintendo Switch. And this, ladies and gentlemen, is where we get to Mario & Sonic at the Olympic Games Tokyo 2020’s biggest issue: the motion controls. The Wii Remotes acted with the sensor, allowing them to be well aligned with a stationery point of concentration; the Switch’s Joy-Cons do not have this alleviator, causing many calibration issues and moments where the motion controls just do not work. For the sake of this review, we attempted to play this game as much as we could with the Joy-Cons and after an hour of constant struggle, it just wasn’t worth the hassle.

Enjoying our Mario & Sonic at the Olympic Games Tokyo 2020 Switch review so far? Don’t forget to like us on Facebook and follow us on Twitter for more Nintendo Switch content. Also, please consider supporting us on Patreon so that we can continue to do what we love doing.

The online functionality is also quite lacklustre and I often found myself struggling to find anyone to play with. You can partake in either Ranked or Free-Play modes which determine the level of seriousness that you’ll be undertaking. You can also see your own rankings which are recorded when playing in both online and single-player modes. Whilst it was somewhat embarrassing to see some of my efforts land in the 10,000s, it certainly captures the spirit of the Olympic Games.

HD Rumble is a given in Mario & Sonic and it feels great here. Feeling the drawback in archery brings the event to life and that goes with many of the other events. It’s nothing groundbreaking and I never stopped to marvel at it, but it’s nice tactile feedback that is always welcomed.

With the 2020 iteration of Mario & Sonic at the Olympic Games, it’s great to see that Nintendo and SEGA took the opportunity to celebrate Japan’s history and involvement in the event. Whilst the dialogue is dry in the Story Mode and it all moves along with choppy pacing, the concept itself in ingenious. Dr. Eggman and Bowser set out to trap Mario and Sonic in a video game machine that takes them back to the Tokyo 1964 Olympic Games but in classic villain style, they also get brought back. That means that those remaining in the present time must do what they can on their end to bring them back. The story goes back and forth between the two time periods, evenly breaking up the present and retro events.

Another nice addition is that you can walk up to trophies scattered around that contains both Olympic and character trivia. As someone who really enjoys watching the Olympic Games, and video games (obviously), I found the facts to be fascinating and it all to be a welcomed inclusion.

As is to be expected from a Mario & Sonic game, the game’s aesthetic is bright and colourful, making each section an absolute joy to play through (or even watch). It may not compare in terms of detail – you can’t see each individual hair on Mario’s moustache like in Super Mario Odyssey or each thread on Luigi’s hat in Luigi’s Mansion 3 – but it’s still a joy to behold regardless.

The retro inspired events are a nice inclusion as it allows variety to the game’s colour theme. In this modern era of gaming, it’s not as shocking to see Mario & Sonic in the same game, but if you throw in their 8 and 16 bit renditions of themselves to the mix, that’s when we enter a parallel universe that 90s kids never in their wildest dreams thought would be a reality.

The music is as grand as you’d expect for an entry in the Mario & Sonic at the Olympic Games, but this edition takes it to a whole new level with a lot of inspiration taken from Japanese history. You also get the classic retro events that come with their own retro style music and this is a lot of fun.

Check out our review of Ni no Kuni: Wrath of the White Witch

Mario & Sonic at the Olympic Games Tokyo 2020 is another entry in the series that doesn’t do much to break the mould that it has built for itself. The cultural touches to Tokyo holding the 2020 Olympic Games helps to breathe life into the presentation, but the gameplay itself with its woeful motion controls just goes to show that system’s motion controls don’t quite stack up to that of the Wii/Wii U’s.

Thank you for checking out our Mario & Sonic at the Olympic Games Tokyo 2020 Switch review and thank you to our $5 and up Patreon Backers for their ongoing support: 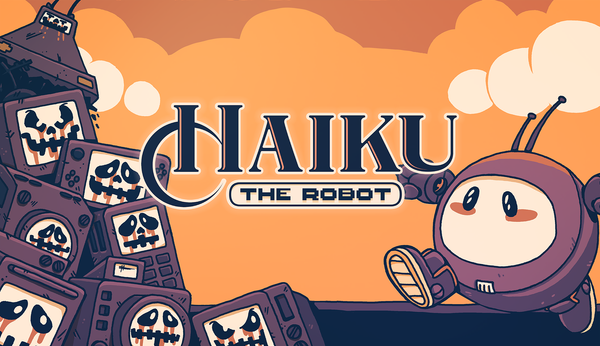