For this week’s Switch Kickstarter Project of the Week, we will be looking at Whitethorn Digital’s Evan’s Remains. The game is slated to release in May 2020 on PC and Consoles (including Nintendo Switch). Here’s the rundown:

Evan’s Remains is a mystery adventure that merges puzzle-platforming with visual novel elements.  It follows the journey of Dysis in her attempt to find Evan, a genius who has suddenly gone missing.

Evan’s Remains combines logic-based platforming with narrative-driven visual novel elements.  The game features gorgeous pixel-graphics, and puzzles that must be solved using logic, rather than dexterity or skill.  Throughout the game, players will slowly uncover the story of the disappearance of the missing boy: Evan, and the nature of Dysis’ quest to find him.

Evan, the genius boy, has been missing for years.  One day, a letter claiming to have been written by Evan surfaces, stating that he is on an uninhabited island in the Pacific Ocean. With unknown motives, he specifically requests a girl named Dysis come to find him.  The player controls Dysis throughout the story, as we learn more about both her and Evan.

As the player progresses through the puzzles in groups of two to four, the game pivots back and forth between the puzzle-platforming and visual novel segments.  Through the narrative moments, we uncover more of the story, and new puzzle mechanics are introduced.  The challenge of the puzzles lies in the player’s ability to understand and solve the puzzles using logic, rather than to overcome challenges based on physical skill.  As the difficulty curve increases, the puzzles become more complex by combining two or more of the previously introduced mechanics.

As we follow Dysis in her quest to locate Evan, more of the underlying mystery surrounding her motives and Evan’s disappearance will begin to take shape.  Each of the disparate puzzle pieces – both narrative and mechanical – which previously seemed unrelated will slowly begin to fit together as players uncover the truth behind the mysterious island.

Evan’s Remains tries to convey a strong feeling of mystery and to leave the player wondering – “just what is really going on here?”.  Like its inspirations – Ace Attorney, Ghost Trick, Danganronpa, Yume Nikki, and many others – we hope players will feel a profound sense of satisfaction as they slowly piece together the narrative.

There are no enemies, no punishments, and no failures in Evan’s Remains – there is no ‘game over’.  Sit back, relax, solve some puzzles, and immerse yourself in a story rich in mystery and punctuated by dialogue from a unique cast of characters.

Click here to check out Evan’s Remains on Kickstarter and perhaps consider chucking a few $ their way. Recently, we covered the announcement of Team17’s new game Automachef and now, the game finally has a firm release date: Team17, a global games label, creative partner and 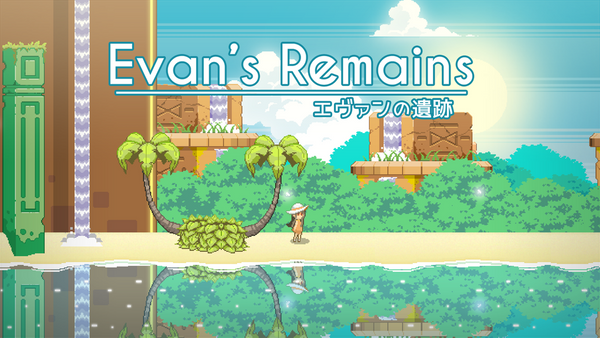 For this week’s Switch Kickstarter Project of the Week, we will be looking at Whitethorn Digital’s Evan’s Remains. The game is slated to release in