For this week’s Switch Kickstarter Project of the Week, we will be looking at Fervir’s Creature Keeper. The game is slated to release in 2021 and when asked about a Switch release, here’s what was said:

I hear you on that Switch port. I’m planning something.

Creature Keeper is a top-down action-adventure RPG where you can befriend wild creatures and raise them to fight alongside you! Scout the creatures of the world and build up your dream team! Cook foods to strengthen your creatures and craft trinkets from the materials grown in your pocket garden. Learn skills from your strongest to help you take on bigger creatures.

Creature Keeper is inspired by many games to make the creatures and combat shine. From the Zelda, Rune Factory, and Diablo games; to Path of Exile, and Ragnarok Online.

Creature Keeper is being developed by the exact same creator of Tangledeep, a 16-bit dungeon crawler that saw great success of Nintendo Switch. However, Creature Keeper looks like it takes the top-down action-adventure genre that one step further with the ability to befriend creatures and have them fight alongside you. A very unique idea and one that’s going to make me feel like the druid I always pretended to be in many D&D campaigns.

Creature Keeper requires $30,000USD and is currently sitting at $14,800 after 522 backers with 23 days remaining. So if you’d like to support the development of this game and secure yourself, click the link below.

If you’ve never played these classic RPGs, then now may well be the perfect time. In Baldur’s Gate 1 and 2, the mechanics of the beloved 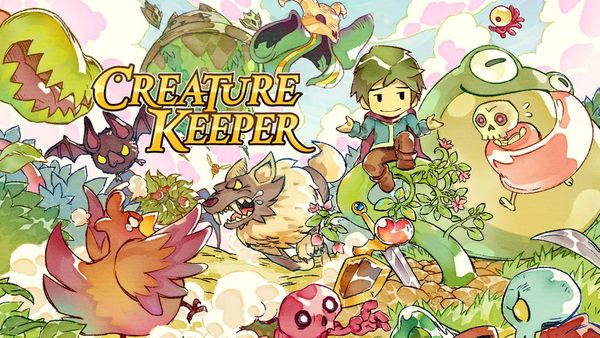 For this week’s Switch Kickstarter Project of the Week, we will be looking at Fervir’s Creature Keeper. The game is slated to release in 2021 and when