For this week’s Switch Kickstarter Project of the Week, we will be looking at Streamline Games’ Bake ‘n Switch. The game is slated to release approximately in September 2020 on PC (via Steam) and Nintendo Switch.

Bake ‘n Switch is a couch co-op and PvP party brawler for up to 4-players where adorable living dough creatures must be sacrificed to the Guardians of Dough! Work as a team or sabotage each other to merge, punch, and bake the Doughs before time runs out. The bigger the Buns, the higher the points. Work your way through increasingly challenging levels that are easy to pick up, but hard to master and come face-to-face with a Guardian in the final Boss fight. Hey, it’s a breadful task, but someone’s gotta do it!

Bake’n Switch starts out simple; the Dough is alive and wants to #GetBaked. Flavor them in pools of pineapple and watermelon while fighting off the bad guys. Sounds award-winning, right?! Well, it gets more nuanced than that, but we’ll get to the Doughvolution a little later.

Promoted by Nintendo themselves during their December 2019 Indie World Presentation, Bake ‘n Switch looks to be a promising couch co-op cooking game with online multiplayer from day one. Its colourful aesthetic, wide level variety and playful personality gives us Switch owners something incredible to look forward to in just a few months time.

Bake ‘n Switch requires US $30,000 and it is currently sitting at US $13,103 after 285 backers with 27 days remaining. If you’d like to support the development of this game to help it reach its goal, click the link below to visit the Kickstarter page. 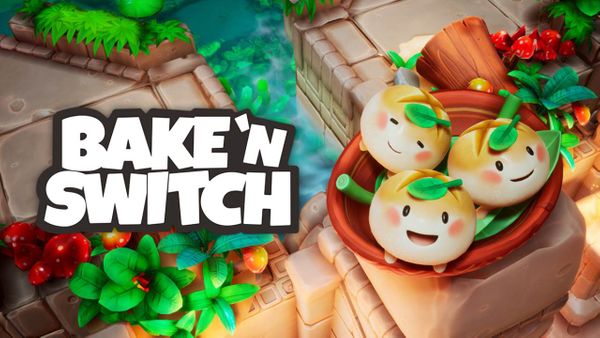