Reposted and reformatted/edited with kind permission from /u/ChronoWaster who originally authored this article at Reddit here.

If you want to make the most powerful Poppi possible you are going to have to play a significant amount of Tiger! Tiger!. However simply getting the chest at the end of the stage and making it back alive profits very little ether. Here are the things I learned to make it easier.

The goal of Tiger! Tiger! is to reach the bottom of the stage and collect the big chest, then surface to the top. That is at least how you beat a stage, the real goal is to collect as much ether as possible to then upgrade the Poppis with.

By playing Tiger Tiger, you get to earn things that help you upgrade Poppi.

Other Tip lists have listed these, and I will as well, to maintain appearances.

The score you get at the end of a run of Tiger! Tiger! is only important for 1-2 of Poppi’s affinity skills. The only real rewards come from the ether and mods, both for use in PoppiSwap.

Mods can be found in the 9 chests placed on any given stage, 8 small and 1 large. The small ones can contain ether or mods, and the large ether, mods, or a core crystal. You will only get the spoils of a chest if you make it to the end of the stage with them. However the mods obtained are random, likely each stage has a pool of mods it can reward, but I am largely unsure. So while the type of mod is likely tied to stage, their rank (I,II,III,…) is tied to your “reward value” which increases as you progress the story.

Ether on the other hand can be used in PoppiSwap to unlock new slots to equip mods, increase power total (each mod has a power cost, becoming greater at higher ranks), or purchasing more mods.

What this translates to is that ether is far more valuable than mods, as you have a better chance of simply making the mods you want for your Poppis then un-boxing them, as many simply don’t drop in the stages available when you could craft/purchases them. This is sadly only if you are vigilant find the various manuals that unlock more mods for purchase scattered about Alrest.

Edit Credit to /u/Jerbit: However, worry not, you can crystallize Mods in the “create/crystallize Parts” menu by pressing Y. This can net you some nice payout for you extra Mods.

Progressing through chapters will unlock more stages for unlock (you still have to clear the earlier stages, no medals required) as of chapter 8 there are 5 possible stages.

It will also raise the Reward value. As far as I am aware, Reward Value has 3 stages (as of chapter 8) level one is the value when you first get Poppi, level 3 is unlocked at the end of chapter 7 / Start of 8, and level 2 is somewhere in between. Increased Reward Value will grant higher rank mods, and more ether from chests and medals (elaborated in gathering ether).

There are a few ways to get ether during a stage:

STAGE 2: THE ONE TRUE STAGE

These coins are suspiciously to the side here.

Stage 2 is the best stage to gather ether, plain and simple. It is by my experience the easiest stage to obtain the ether badge. More so then on other stages, on stage 2 most of its maps have ether located in tight groups, or in nice vertical lines. This however is but a cherry on top of stage 2’s real power, the bonus zone.

On stage 2 when you see a crab hiding in a rock alcove, get exited. If it is on the right side of the map then you will see 2 ether gems bordering the edge of the screen. By rubbing up onto the edge you will be taken to another area where a masked Noppon will rain ether gems and spikes urchins from on high. Each gem is worth 10 ether. Getting hit by an urchin will put you back to the main map, you will have a moment of I-frames and will have taken no damage. You will also reach a time limit after 10-25 sec returning you regardless of how well you perform.

What is most powerful about this bonus is that you obtain the ether before you get the Ether Badge bonus, so your 550 ether can easily become a bonus 1100 or more. Sometimes the bonus area entrance will appear twice and maybe more on a map, and you can enter the bonus zone again.

With the mid-game Tiger! Tiger! awards, a perfect run of any stage can get you ~1.3k – 2.2k ether, but getting a bonus zone on stage 2 could grant another 1.2k, or more if you get lucky, and that is too much value to pass up.

I hope this helps you young punks out there, just trying to make Poppi the god she deserves to be, scarping for any bits of ether to collect the 100k + you need to unlock all the slots, even though you may hate playing Tiger! Tiger!

Hey fellow Switchaboos! I hope you’re all in festive moods because the Switch is giving us a crazy TWENTY-ONE games to download this week right before Christmas! This is going to be a big one, so let’s get started… Note: All prices 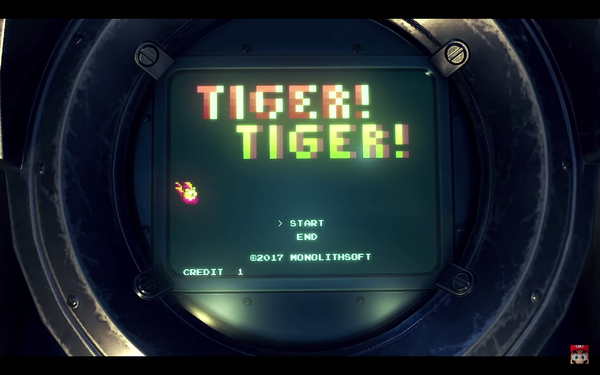 Reposted and reformatted/edited with kind permission from /u/ChronoWaster who originally authored this article at Reddit here. If you want to make the most powerful Poppi possible you are