The Final Boss in Gato Roboto is certainly a challenging fight, as you’d expect. It’s actually split up into two parts, so let’s get into it…

The first manoeuvre that the Final Boss will do is to bob levitate up and down, occasionally firing downwards. To avoid this, simply dash through them and with enough time, double jump and shoot a missile at the glass dome protecting the human inside.

The second attack is the final boss bouncing along the ground, back and forth. For this, it’s best to time your dashes not through the enemy, but underneath so that you have enough time to jump up and fire another missile before you have to dash again.

The third attack is the final boss falling to the ground completely and making a beeline straight towards you. This one is easy, simply double jump over and dash if you need to. Try to focus more on dodging, but try to sneak in the odd missile now and then.

Once you’ve got them down to half health, they’ll start stamping down at you. Simply try to get as far away from them as possible, dashing and making for the opposite side when you need to, and double jump to shoot missiles at the dome.

Lastly, the boss will send energy beams down at you, moving left to right. Don’t try to attack here; simply concentrate on dashing through them and wait for them to stop.

The boss will then start from the beginning of its attacks and continue until you’ve dropped its health down to zero.

This next and final boss battle is simply an all out brawl. The boss will continue to jump back and forth and attempt to shoot you. So the best defence is a good offence. Continue to double jump around, which will help you to avoid taking a lot of damage and simply fire missiles at the most opportune moments. The trick here is to keep moving. You don’t want to stand still for too long because he WILL get you.

The boss will then begin to throw grenades at you. This one isn’t rocket science, simply jump and dash away from it, keeping your enemy’s position in mind.

Lastly, the final boss will shoot downwards, levitating himself and moving back and forth. Dodge through them until he stops and repeat the process until he goes down.

And with that, congratulations! You’ve beaten Gato Roboto! In 2017, Japan received the seiken densetsu (Secret of Mana) collection on the Nintendo Switch that featured the first three games in the series: Seiken Densetsu (Final Fantasy Adventure), Seiken 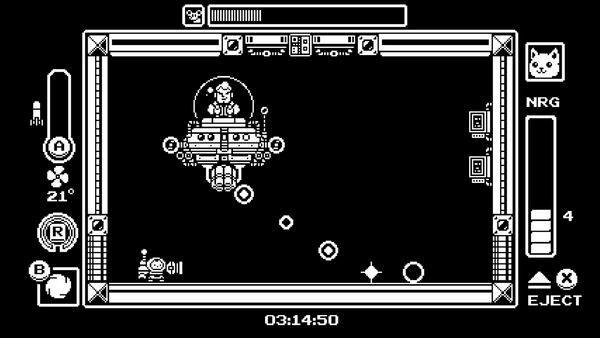 The Final Boss in Gato Roboto is certainly a challenging fight, as you’d expect. It’s actually split up into two parts, so let’s get