The horror phenomenon, Friday the 13th, is coming to Nintendo Switch in a brand new iteration; full of horror, jump scares and bloody violence. Here’s the rundown:

Friday the 13th: The Game – Ultimate Slasher Edition for the Nintendo Switch includes:

– Eight-Person Multiplayer and Single Player Modes – On maps spanning multiple iconic locations from the movie franchise, players will match up online as either Jason Voorhees or a Camp Counselor trying to survive the night. Players seeking lower pressure slasher fun can take the fight offline in matches with AI bots.

– Killer Variety – Players can don the mask of their favorite incarnations of Jason Voorhees as depicted in films two through nine. Each Jason is hand-crafted with specific strengths, weaknesses, and exclusive brutal kills. The retail edition offers even more brutal execution options, with the Pick Axe, Pig Splitter and Machete Kill Packs.

– Character Customization – As players level up, they will unlock new playable Counselor and Jason models that can be purchased with Customization Points (CPs). CPs also unlock new kills for Jason, game-changing perks that help Camp Counselors survive the night, emotes for self-expression, and various regalia appropriate for a funeral … or seven. The retail edition includes the Spring Break ’84 Clothing and Halloween Costume Packs for players to try on before the murder party.

Friday the 13th is due to release on August 13th… on a Tuesday?

In a seemingly random move, Ubisoft has just announced a brand new Rabbids game. However, what’s uncommon about this is that it has only been officially revealed to 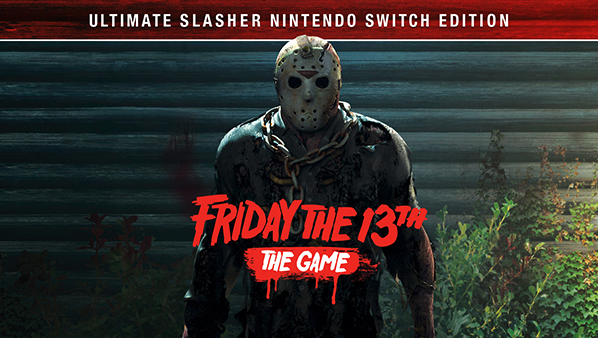 The horror phenomenon, Friday the 13th, is coming to Nintendo Switch in a brand new iteration; full of horror, jump scares and bloody violence. Here’s the rundown: Friday