FEZ is a puzzle platformer that was originally released back in 2012, with this being the first time it has been released on a Nintendo system. Explore a 2D world with a new perspective - in 3D! With your magical fez hat on, you are now tasked with saving the universe. Widely praised for its unique gameplay back when it was initially released, the question to ask in 2021 is whether it truly holds up after nine years of modern darling indie games.

An interestingly designed puzzle platformer that makes use of 2D and 3D with changing planes of a cube, FEZ features many of the hallmarks that have become staples in modern indie titles. This 2D puzzle platformer contains some unique mechanics as previously mentioned, which results in various clever puzzle elements such as turning panels to continue an explosion around a tower or altering the location of platforms which allows you to scale higher up them. While this is a neat mechanic, it can lead to some frustrating moments when you can see how to keep moving forward but you can’t quite do so in the right order.

There is one benefit to platforming though; when you die from falling, you instantly reappear from the last solid location you were standing on (unless you land in water which forces you to start again). I died many times this way, especially when I was attempting to reach lower points and could not find a way to hang onto the edge in order to get lower afterwards. While the platforming is mostly fluent, this is such a difficult manoeuvre to pull off, making it consistently frustrating to deal with.

FEZ has you go around in order to find smaller cubes and combine them into larger cubes (or just find the larger cubes by themselves); doing so unlocks more areas in the game’s world. The small cubes tend to float around levels and are easier to collect while the large ones tend to be situated at the end of a stretch of levels or in a puzzle room. While this provides a solid form of progression, they can sometimes feel arbitrarily or even few and far between each other.

Enjoying our FEZ Switch Review so far? Please consider supporting us on Patreon so that we can continue to keep the website running and get our fortnightly podcast two days early.

Being a puzzle platformer, the level design has to be stellar and boast a balance of challenge whilst not being fundamentally frustrating. While FEZ does a sufficient job at this, it doesn’t prevent the sheer frustration of knowing what you have to do but not being able to follow the correct path intended by the developers. Each explorable screen generally has a vertical path but I felt like I was missing things by entering doors half way up which led to new screens, only to head back in to find another door which would lead somewhere else entirely. This is made further frustrating with the mess of a UI that is the game’s map.

To start things off, you wake up and climb to the top of your town where you are given a fez hat and then everything glitches. The universe is falling apart and you find out that your village was only one side of a four-sided polygonal shape but now, you can access each side due to the fez upon your head. Your task is to collect cubes in order to restore the universe to its rightful state and save everything from collapsing into itself. The remainder of the story requires more effort from the player, such as using a cipher to read a cryptic language and exploring the bizarrely cubed world in its entirety.

Visually, FEZ uses a combination of 2D pixel and 3D voxel art styles which, at the time of its initial release, wasn’t overused in the indie scene and it certainly holds up to this day. There are distinct areas which conform to specific themes but on a sour note, the lightning flashes from one section in particular actually hurt my eyes and made me die several times. However, the aesthetic certainly helps to keep FEZ in a more timeless state as it is executed marvellously.

The music has a very ambient feeling as you explore around the world, with twists of electronics featuring variations depending on the area you are in. However, the general sound effects tend to be louder than everything else, as simply walking around or climbing becomes glaringly overpowering. The ambient music is very peaceful and calming, helping to prevent some level of frustration felt from the puzzles, but it fails to execute its intention when you can barely hear it.

Despite certainly being an interestingly designed game with its fair share of mysteries, I found myself not having as much fun with it as I’d expected. Rooms with no purpose, a complete lack of navigational ease and a challenging to follow UI does not help either, especially with the in-game map not being all that user-friendly. FEZ is very much a game of its time and while there is merit to porting the game over to the Switch, there are others which are more worth your money and time.

Thank you for checking out our FEZ Switch review, thank you to Polytron (via Popagenda PR) for providing the review code and thank you to our $5 and up Patreon Backers for their ongoing support: 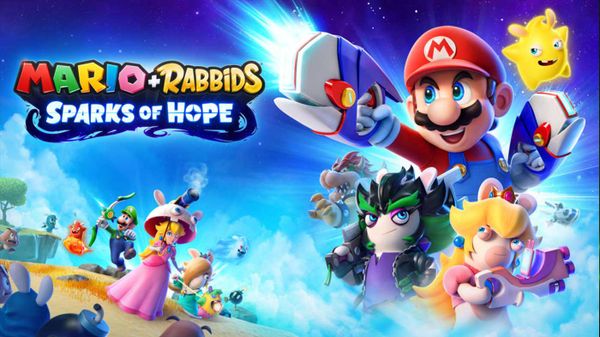 Ubisoft's E3 press conference is less than 12 hours away but Nintendo may have just let a major announcement slip with a listing of Mario + Rabbids: Sparks of Hope on 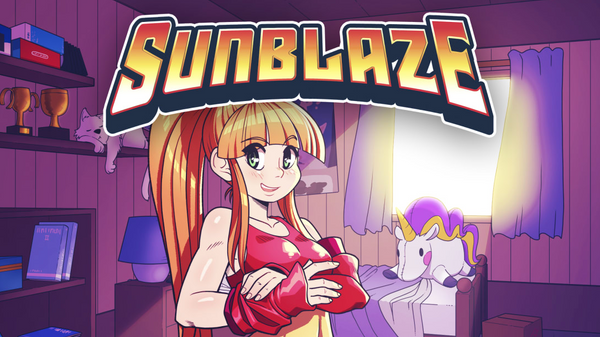 "A lovely escapade packed to the brim with hundreds of increasingly difficult levels."