Ding Dong XL is a simplistic arcade game that has you shooting a ball from one side to the other. It may not sound like much, but the concept relies on its addictive simplicity instead of attempting to complicate things. It just depends on whether the core of the game is worth the buck.

Ding Dong XL has a very simplistic yet addictive set of rules. The game follows a simple one button design and your task is to simply get from one side to the next as many times as possible whilst avoiding the shapes that come from either side in order to rack up the highest score that you possibly can.

There are various temporary power-ups that you can collect throughout your playthrough, mixing up the gameplay in simple yet effective ways. My favourite is the nuke that destroys all shapes that are currently on the screen, allowing you to spam the button and gain multiple points. However there are others, such as one thatincreases your speed, slows down time and gain extra points. Lastly, the game contains a Close Call system that encourages you to take risks, rewarding you with extra points.

Ding Dong XL encourages both fast-paced action and risk-taking. There will be moments where you may find it difficult to find an opening however the longer you wait, the bigger your ball grows, increasing your chances of being hit. A neat little touch is that when you pause the game and then unpause, the game gives you a second to slowly ease back into it as timing is very important.

The longer you last, the more difficult it gets as the shapes begin to appear from either side in greater numbers. The gameplay can tend to grow stale after a few playthroughs, however Ding Dong XL is primarily designed for quick runs to kill some time.

As Ding Dong XL is a budget title, it may be a bit much to expect this, but I believe that the game could have greatly benefited from some HD Rumble. There is no rumble whatsoever in the game so if anything, I would like it to be added in a future update.

The level design is basic and straightforward, but it does what it sets out to achieve. For longevity’s sake, it may have done well to add a few different modes in order to mix up the variety, such as potentially making a horizontal level.

There is a Dual mode that either has you controlling two balls at once or allowing you to share a controller with a friend. With two players, this mode makes the game much more fun and exciting, but with a single player controlling both balls at once… it hurts my brain.

The art direction for Ding Dong XL is smooth an easy on the eyes, coupled with neon-lighting effects to accompany the dance-style soundtrack. The background is made up of criss-crossed squares, assisting you to make judgment calls as the shapes make their way across.

With every point that you earn, you receive a numerical form of currency that allows you to unlock skins for your ball. This is absolutely a very neat touch and there are some comical ones to boot. I would have liked if the skins had special abilities to mix up the gameplay, or even if they encouraged more of one power-up over another, for the sake of strategy.

Ding Dong XL’s soundtrack is very upbeat and catchy. It perfectly gets you in the zone by providing that extra kick of adrenaline. If I had to describe it by genre, I would say that it has a dance/techno flavour to it, keeping inline with the neon art motif.

The only downside to the soundtrack is that it is VERY repetitive, often becoming annoying. It would’ve been a neat touch if you could unlock more tracks via the point currency system, encouraging you to continue playing and unlocking more than just skins.

Ding Dong XL is a charming little arcade game that will surprise you in its effective simplicity. At a measly $0.99USD, it’s a no-brainer for anyone who is looking to kill a few minutes. However at that low price comes some missed opportunities as the game would have greatly benefited from more unlockables, modes and gameplay variety. At the Pokemon Conference, a sequel to the Nintendo 3DS version of Detective Pikachu was announced for Nintendo Switch. For those who played the 3DS game, you may know that 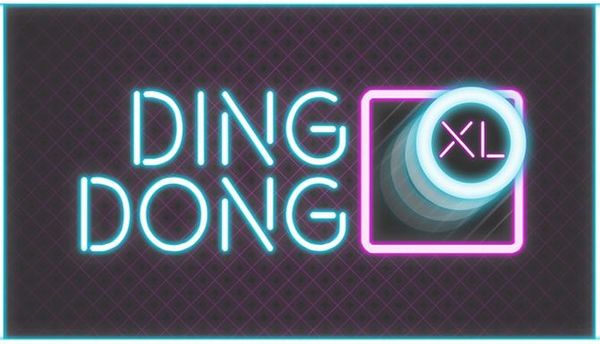 Ding Dong XL is a simplistic arcade game that has you shooting a ball from one side to the other. It may not sound like much, but the concept relies