Zombie games have certainly earned themselves a reputation. Dark themes, gritty environments and dramatic stories are great, but when they permeate an entire genre where the only variance is whether or not the zombies shamble or sprint, they’ve become tired. Thankfully, Death Road to Canada offers a fresh alternative. A welcome change from the expected tropes, it takes the tired bleakness of the zombie apocalypse and makes you laugh at it. Brought to us by Rocket Cat Games and Madgarden, you hop in a car by yourself, with a computer partner, or a friend and take a challenging and comical road trip across the United States. In this roguelike, top-down, twin stick shooter with RPG elements, you must collect resources, fight zombies, and navigate through a gauntlet of random events that range from funny to fatal.

Seemingly inspired by the timeless classic Oregon Trail, Death Road to Canada’s main gameplay loop consists of two sections, travel and scavenging. During travel, you will ride in your car (or walk) as a text feed updates you on what your characters are doing and how your resources are being utilized. Periodically, you will be given a random event in which you must choose from a list of options that’ll dictate how you want to proceed. This may be as simple as which option is best to find supplies or whether the place your group picked to camp in is safe. However, the game will often offer you silly and surreal situations, complete with colorfully flashing words in all caps for emphasis and plenty of exclamation points. The results of these choices could either be nothing at all, changes in the group’s morale, the gain or loss of resources or even the death of party members.

I should mention that when party members die, they’re gone for the rest of the playthrough. The travel sections of the game are very bare bones in terms of actual gameplay. You don’t actually drive the car, or choose which streets to take. They are essentially a series of menus and multiple choice questions, which may turn some players off if they prefer more action oriented gameplay.

When scavenging, players will explore levels and fight zombies to collect resources. The game’s four necessary resources are food, fuel, ammunition and medical supplies, and it does a satisfying job at making each of these resources feel imperative with the exception of ammunition. While guns can make combat easier, they are not the only means of combat. Without food, your party cannot eat or trade; without fuel, your party needs to abandon the car and continue on foot; without medical supplies, your party cannot heal themselves; without ammunition, you switch to a melee weapon. However, bullets are the only resources in which you can control how it’s used.

The controls for combat are simple. Each human party member can carry three weapons and you only have one attack option for each weapon type, either shoot or swing. The depth in the combat comes from the characters themselves, who are not created equally. Defensive players only have the control stick to rely on to avoid zombies. There is no dodge or block, but the zombies do not deal damage immediately after grabbing you, which will give you a second to react and possibly escape. As your journey continues, the zombies become more numerous and aggressive, making what starts as a forgiving game into a heavy challenge.

Both of these facets of gameplay are influenced by your characters’ stats, where the RPG elements come into play. Each character has ten skills that affect combat and their behavior in the random travel events. Most of these stats are hidden to the player until after you have used them for the first time. For example, your group may have camped in an abandoned apartment building and it catches fire, but you may be saved by one of your party member’s high wits stat.

Enjoying our Death Road to Canada Switch Review so far? Don't forget to like us on Facebook and follow us on Twitter for more Nintendo Switch content. Also, please consider supporting us on Patreon so that we can continue to keep the website running and get our fortnightly podcast two days early.

Your group may find a mechanic's garage, and you may learn that the person you chose to fix up your car has a poor mechanical skill, and spent the whole day only pretending to work. Each character has a trait and a perk, which will positively and negatively influence their stats, and well as their personality. These traits and perks are assigned randomly to auto-generated characters, but the game also allows you to create your own characters in which you can assign desired traits and perks to them. These characters can either be loaded from the start of your road trip or encountered randomly throughout a playthrough. My only criticism of the gameplay is that it can get repetitive after a while. The game only has so many travel events, and only so many ways to fight zombies.

Death Road to Canada’s story is a simple backdrop that serves as the player's motivation and not much else. You choose one or two characters to start with, and they hear rumors of safety in Canada. With no reason to stay in Florida any longer, they hop into a car and embark on a fifteen day road trip north. Those looking for a more narratively driven experience should perhaps look elsewhere.

Where the game shines is in it’s personality. A lighthearted tone encompases what would otherwise be a bleak situation, making the game charming and comedic without feeling like it’s trying too hard. Travel events are full of witty and humorous narration that can turn the normally dark situation of surviving in a zombie infested world into a jovial road trip with situations like finding someone trapped under cardboard boxes, or maybe one of your party members is losing a desperately needed sneeze. On one of my more recent runs, a character had quite randomly been possessed by a demon, who promptly asked us for some pizza. Unfortunately we only had chips to offer, but since they were pizza flavored he accepted them anyway. He then asked for “a soul to wash it down with,” to which I replied with “Uh...no?” He left afterward but the experience had changed that party member for the rest of the run, turning her skin red and granting her increases to her combat ability, as well as a very good pitchfork weapon. She did not survive to see Canada, perhaps poetically.

Between the game challenging you with questions of action and morals, characters will often have small dialogue exchanges between each other, ranging from pondering their future to wondering if it’s possible to throw cars at zombies. Character traits and perks also have their share of humor. My favorite trait is Anime Fan, which spawns the character with an “overpowered katana” and warns you not to raise their morale to maximum for “danger of anime.”

Death Road to Canada sports a retro aesthetic, using a well executed pixel art design reminiscent of the 16-bit era. Its characters aren’t complex but they are extremely varied. I have not seen two randomly created characters that look alike, and the sheer amount of options available in the character creator is impressive. The zombies are diverse as well, though not nearly as much as the player characters; you will most likely see two identical zombies every now and then.

There is a fair amount of cartoon gore in the game. Zombies tend to explode into pixelated guts and black blood when defeated. The levels, while varied in terms of map layout as a roguelike should, unfortunately look samey. Most of the game takes place in suburban environments, or single large buildings that encompass the entire level. Occasionally, you can find yourself in a cabin in the woods. The game’s perspective is top-down and there is a constant film grain over the game by default, giving an old movie feel.

The game’s soundtrack is a groovy chiptuned, oldies rock collection. The music fits the game’s aesthetic very well, and the songs stand out as a great backdrop and remain memorable. The audio effects execute as purposefully synthesized, furthering the game’s retro aesthetic.

Death Road to Canada is a modern, comedic, zombified reimagining of The Oregon Trail. While not without some shortcomings in my opinion, the game more than makes up for them with its quirky personality. Everything about the game serves to further its 70s-80s retro cinema aesthetic. The game’s repetitive nature does not lend itself to continuous daily play, however it is still worth a purchase for whenever you are in the mood for a good challenge softened by a good laugh. Players that throw themselves in head first will find themselves hard pressed to complete the game but a combination of careful play and luck will see them complete their journey to Canada. Drive safe.

Thank you for checking out our Death Road to Canada Switch review and thank you to our $5 and up Patreon Backers for their ongoing support: 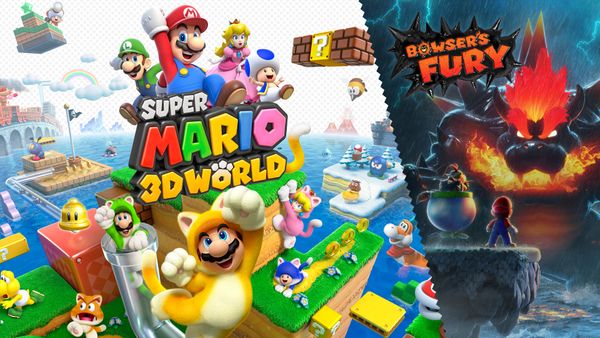 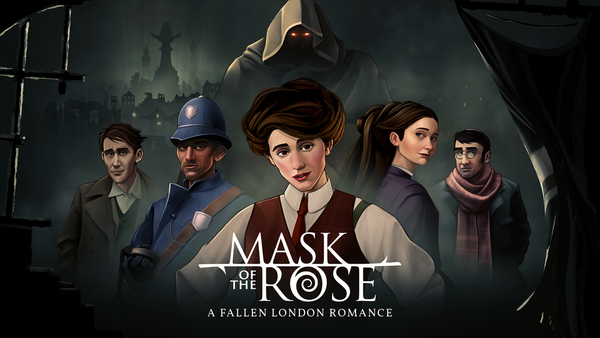 For this week’s Switch Kickstarter Project of the Week, we will be looking at Failbetter Games' Mask of the Rose. The game is slated to release in June 2022