Dead Cells is a procedurally-generating roguelike metroidvania title that features stunning pixelated graphics and smooth combat. Fight your hardest, but be warned that once you die, you’ll need to start from the beginning. Is Motion Twin’s Dead Cells a rewarding gem or a frustrating mess?

Disclaimer: Review code was provided by Motion Twin (via Terminals). However, all thoughts and opinions expressed in this review are solely our own.

Dead Cells is a procedurally-generating roguelike Metroidvania that features permadeath, meaning once you die, you go back to the beginning. While that may sound unfair, along each playthrough you’ll collect cells that can be used to purchase permanent upgrades, making you stronger for your next attempt. You’ll also be able to purchase general upgrades that will allow you to have health flasks (which you’ll desperately need), gold reserves (allowing you a sum of money when you respawn) and being able to start off a new runthrough with better weapons (again, sorely needed). So our advice is to kill as many enemies as possible in order to collect as many cells as you can. As the game goes on, you’ll find yourself learning various ways to approach enemies and their attack patterns.

Just like in any permadeath survival game, picking up items is the key to victory. You have two weapon slots, as well as the standard dodging and jumping abilities. Along the way, you may pick up other items such as projectiles and traps. These items provide more variety and depth to the gameplay which can certainly help you along your way.

Dead Cells will often surprise you in its combat depth. For example, if you break a door with an enemy on the other side of it, they will be stunned for a few seconds. This leads them wide open to attack, ultimately altering your approach into combat.

There are a variety of different weapons to find, each feeling unique and different from one another; some are slow and powerful, whilst others are quicker yet less powerful. Fight the way that feels best for you, because you’re the one who needs to make it to the end in a single attempt. Collect gold in order to buy weapons at shops, but beware that these weapons can be expensive, so spend wisely.

You’ll come across temporary upgrades to your weapons and HP along the way that’ll last until you die. You can either choose to upgrade your brutality, tactical or survival weapons. Whilst you may want to put every upgrade into one option, you’ll receive bigger HP boosts if you spread them out. These upgrades are incredibly valuable and makes you stronger the further you are able to progress. This process also encourages the player to fully explore each area in order to find every single upgrade, because you’re going to need them!

Dead Cells encourages the use of all of your weapons and items, keeping combat fresh in its own way. However, the enemy variety can often feel stale, sometimes reusing previous enemies in new areas.

We also experienced the occasional frame rate drop, but it rarely occurred during crucial moments.

The main issue with roguelike games is repetition. Dead Cells is fun to play in short bursts, however consistently dying and going through the first few areas repeatedly can get old during extended play sessions.

The Procedurally-Generating Roguelike Metroidvania Permadeath theme (that sure is a mouthful) to this game provides a survival aspect that makes you approach each area with care. Sometimes it is better to just head on in guns (swords?) blazing, whilst other situations may take a more methodical approach. The permadeath aspect makes you cautious as to what is up ahead and forces you to learn your opponents’ movements.

Different areas contain different challenges, and you’ll randomly come across elite boss fights that drop huge rewards or some nice loot (which is always nice). If you’re lucky, you can also earn permanent upgrades from them, so we advise not shying away from a tough fight unless you’re on the verge of death.

Uncovering new areas and choosing which way to go can be half the fun. As the character moves quickly, you’ll uncover a lot of the map and backtracking through it all could have become very tedious. Luckily, the developers (Motion Twin) saw this as a potential issue and implemented a teleport mechanic through checkpoints. This allows you to freely explore the entire map without it becoming a chore.

However, the problem with all procedurally-generating roguelike games is that you will rarely come across creativity in world design. It will often feel as though you are just randomly traversing from one room to another, which is exactly how Dead Cells feels. You may also come across a few dead ends that in any other game would seem pointless and lazy.

In Dead Cells, you play as an alchemical experiment that has seemingly gone wrong (or right?). Explore a cursed island and attempt to make it to the end in a single playthrough.

With the groundwork of the story laid out, that just about sums it up. Dead Cells is not a game about story progression, so don’t expect too much of that. You will come across various NPCs who often have well-written and funny dialogue. You will also come across moments where more context of the island is provided in the cells of previous prisoners.

Whilst the story aspect in Dead Cells may not be too fleshed out, it doesn’t need to be. It serves its purpose as a game that players can quickly jump into, with enough context to provide motivation.

Dead Cells has a 2D pixelated background that uses 3D character models in the foreground. The 3D models have then been downscaled to a point where they resemble 2D sprites. Whilst keeping the art style consistent, this also creates smooth controls and fluid animations that wouldn’t be achievable with 2D character sprites. Motion Twin have managed to think outside of the box in order to achieve the amazing combat that Dead Cells has, whilst not detracting from its art style choices.

Despite it being a roguelike game, Dead Cells provides a surprising amount of art variety the further you delve into it. There are often some fantastic effects happening in the background that truly makes this game feel alive. You may often find yourself enamored by the backgrounds (but try not to stare for too long as you might die in the meantime).

Dead Cell’s music is mainly for the purpose of providing background ambience. None of it is particularly memorable and you’ll often forget all about it. That being said, it certainly serves its purpose of creating that background accompaniment, so we cannot fault it too much there.

The sound effects for combat sound truly gruesome, providing that extra level of satisfaction. Aside from that, there isn’t too much to say about the music and sound design other than it plays the role that it is meant to play.

Whilst Dead Cells can be frustrating in its repetitivity, the smooth gameplay and weapon variety keeps it fresh and exciting. This game is probably better suited as a slow-burner (play it here and there over a long period of time), but is very rewarding if taken seriously.

Will you be picking up Dead Cells on Switch? Let us know in the Comments section below. Flat Heroes has you playing as a square, dodging incoming projectiles throughout over 300 levels. Whilst this game may seem a little one-dimensional (pun absolutely intended), does it have enough 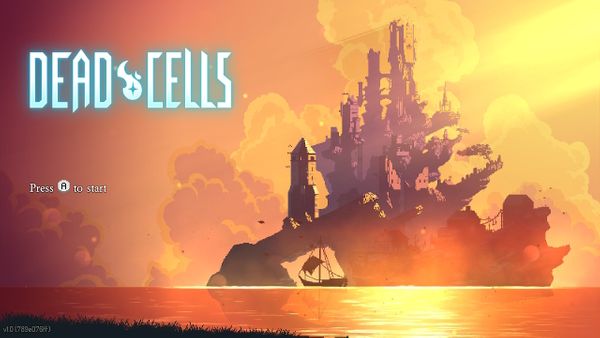 Dead Cells is a procedurally-generating roguelike metroidvania title that features stunning pixelated graphics and smooth combat. Fight your hardest, but be warned that once you die, you’ll need to