DARQ is a dark and somewhat twisted game that manages to be scary in oh so subtle ways. Traverse puzzles by bending reality as you walk up walls, rotate your dreamscape 360 degrees and avoid monsters as you try to wake up from an eternal nightmare. Are you afraid of the DARQ? You will be after you make your way through this Tim Burton-esque adventure.

DARQ is a horror/puzzle game in which you guide a lucid-dreaming Lloyd through mind-bending 2D “dreams”. Lloyd can walk up walls and each level contains a way to change your perspective in order to solve the various puzzles within. For example, there’s one level that takes place in a four way intersection with a central point that allows you to rotate the entire level 90 degrees horizontally in order to gain access to the various parts of the puzzle. Each level has unique ways in which the world shifts around Lloyd, which makes for an incredibly stimulating time.

Enemies are scarce but your only weapon is stealth; enemies are to be hidden from, not confronted. The enemies comprise most of the horror aspect as they are ghoulishly designed and incredibly scary. They don’t vary much but each interaction is tense whilst not being unfair. The lack of combat might be a little jarring for horror fans but in a game as methodical as this one, it just works. Some passive horror games (Outlast for example) suffer from a mechanic like this, but DARQ makes it work.

Enjoying our DARQ Complete Edition Switch Review so far? Don't forget to like us on Facebook and follow us on Twitter for more Nintendo Switch content. Also, please consider supporting us on Patreon so that we can continue to keep the website running and get our fortnightly podcast two days early.

The puzzles themselves are fun and intelligent: even though the core mechanics of the game are simple (you can walk up walls and use levers to rotate the level around you), the different ways in which they’re utilised makes for a game that is just as enjoyable as it is stimulating. The base game is fantastic, so the DLC content that is included in the Complete Edition is just a dollop of whipped cream on an already-amazing cake.

DARQ’s narrative is largely non-existent as far as dialogue and character are concerned but the framing device of nightmares plays an interesting role in how the gameplay is presented. Each level takes place in the dreams of the protagonist Lloyd and dreams are often used in storytelling as a presentation of a character’s fears, insecurities and emotional turmoil. That being said, I'm concerned for Lloyd. It's easy to ignore when you're in the middle of a level, each of which feels disconnected from all the others, but in the same between levels, you walk around Lloyd's lonely home before returning to a terror-ridden sleep. Lloyd appears to lead a very uneventful life and in the vulnerability of his dreams, we see the emptiness, fear and even manic delusions about the self that Lloyd experiences. The story might be all subtext, but it paints a tragic picture of Lloyd that gets whispered to you as you play.

The aesthetics resemble Tim Burton’s claymation films like Coraline: noir colour schemes, similar character models and an absence of music that’s coupled with exaggerated environmental creaks and groans accentuating the creepiness perfectly. The lack of music reinforces the emptiness I mentioned earlier and makes each noise and enemy encounter jarring – you don't expect sound so when it happens, it can be scary in itself. The normal buffer that music provides makes its absence loud – DARQ is quiet until it screams at you.

The enemies look like actors in a haunted house attraction: stoic and lurching. The aesthetics are an odd combination when you take the core concept into consideration but this game as a whole is wonderfully weird. Collecting severed arms to progress is just one of the morbid aspects of DARQ and the quirky little surprises are what makes this game great.

This game is short but it’s filled with great aesthetics and fantastic challenges. The learning curve feels firm but fair and allows you to take your time figuring out puzzles. If you enjoyed the original release, the extra levels should provide enough reason to revisit this title, but this game feels like it was supposed to be on the Switch. The gameplay is best taken in short bursts and the small screen really helps to accentuate the levels claustrophobia. This game is one of the best puzzle games I’ve ever played and is certainly the best puzzle/horror game I’ve ever played. Most horror games rely on jump scares and copious amounts of gore to keep players on edge but DARQ manages to give you the heebie-jeebies in a way that doesn’t feel forced or over the top. DARQ is the video game equivalent of reading Frankenstein on a rainy evening by candlelight.

Thank you for checking out our DARQ Complete Edition Switch review, thank you to Feardemic Games for providing the review code and thank you to our $5 and up Patreon Backers for their ongoing support: 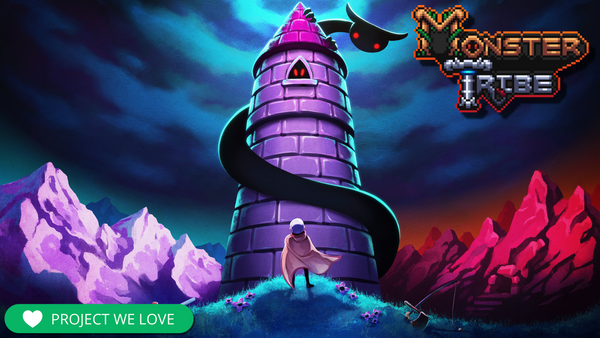 For this week’s Switch Kickstarter Project of the Week, we will be looking at Reece Geofroy's Monster Tribe. The game is slated to release in Q1 2022 on PC 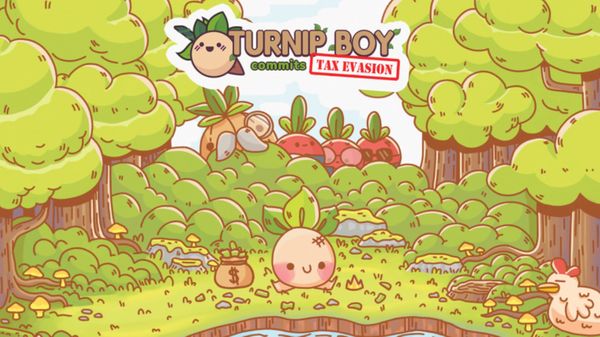 Courtesy of VIM Global and Grafitti Games, we have a single Turnip Boy Commits Tax Evasion AU Switch key to giveaway to one lucky winner. Simply enter the competition via