I am a firm believer that 2D platformers are eternal and one of the greatest video game genres out there. And with such legendary games such as Mario, Super Meat Boy, Megaman, Spelunky, Metroid, Castlevania and many more among the ranks, who would disagree? The simple concept of a platformer can be expanded and fine tuned ad eternum, and I for one am more than happy that good platformers will seemingly never truly die - although, some would say that the platforming golden age was in the past with the 8 and 16-bit systems and arcade machines.

Enter Castle of Pixel Skulls, rising from a pixelated grave into the modern gaming world. This funny-bone rattling little indie game aims to be a quintessential platformer and takes more than a little inspiration from the old NES days in gameplay, artstyle and level design. Halloween is just around the corner, so step into the bones of this skeleton to get yourself in the right mood for the spookiest season. Jump, weave and rattle them bones over lava, castle hallways, guardian skeletons and quick traps to reach freedom and then get ready to do it again, this time faster and with feeling. And do get ready to die a lot on your attempts - not that it’s a problem. You’re already nothing but bones!

Castle of Pixel Skulls might be one of the simplest platformers out there. There is exactly one button you need other than the sticker or D-Pad, and that’s the jumping button. Power ups, new forms, weapons - nonsense! The developer left it all out in order to focus on what is at the very core of a good platformer: good controls and level design. Castle of Pixel Skulls plays well and the main character is responsive to minute controls; more than one time did I find my way past a challenging segment because the controls are tight enough for the main character to stand on the tip of his phalanxes on the very edge of a platform, between lava and arrows so I could catch my breath.

While there isn’t a lot of variation in the obstacles you face, the way they are arranged and rearranged to stand in your way always demands a decent amount of thought on how to approach them. This is the greatest strength of this little indie game: it refuses brain dead playthroughs. Some platformers can make themselves too easy or get too gimmicky with a broken mechanic or two, but not this one. Castle of Pixel Skulls isn’t a terribly hard game but it’s not one that you can easily beat without engagement. Fine-tuning your timing and keeping track of multiple moving obstacles requires the player’s attention and that is always a precious commodity - and it also makes you feel that much better when you finally beat a tough room.

The Bad: … But bone-dry style

The best thing I can say about everything else is that it all falls within the spectrum of serviceable and/or cute. The music isn’t bad but there isn’t much of or to it: it’s there to be the basic background loop and while pleasant, it’s forgettable. Artwise, Castle of Pixel Skulls isn’t particularly engaging: it’s walls and magma all the way down and there really is only one other enemy type in enemy skeletons. I’ll give credit where credit is due: the sprite of the main character is oddly cute. I wouldn’t think that a pixelated bag of bones could be made to look so soft and bouncy. Honestly, the player character would make for an adorable and humorous phone charm or sticker. If only the rest of the game followed suit!

Another personal gripe of mine is the lack of any story. I’m not expecting a full narrative or anything - but not even a small intro or even victory screen? No shades-wearing skeleton asking me if I’m a bad enough dude to make it out of the castle with all of my 200-ish pieces intact? I’d even take a small dialogue screen telling me that I need to leave to catch a dog that stole one of my ribs. The game’s cute but a little bit of added comedy would have gone far to add some much needed flavour. It’s a fairly bland bone meal as it is.

Castle of Pixel Skulls will keep you moderately challenged for the duration and really, it never sets out to do more than just that. You have the replay value of attempting to beat your best time in each room and that’s essentially it. It’s more than serviceable for what it is, but it doesn’t have nearly enough meat on its bones to stand alongside the classics. Chew on it for a while as you wait for trick-or-treaters to knock on your door this October and you’ll be set.

Thank you for checking out our Castle of Pixel Skulls Switch review and thank you to our $5 and up Patreon Backers for their ongoing support:

For more reading, check out our review of Knights & Guns. 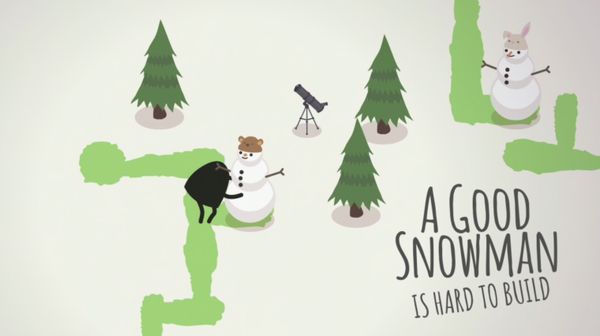 "Who knew building snowmen could be this tricky?" 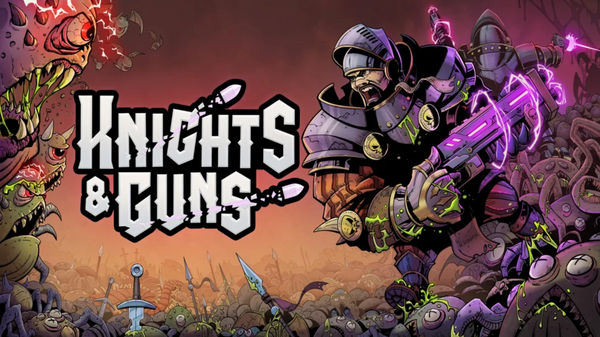