Say hello to Bulb Boy. His head is a light bulb. Bulb Boy has now found himself in a house that is full of monsters and his grandfather and flying dog have both been captured. This point and click adventure is packed full of wacky situations, but it depends whether it holds its own amongst the many other games of the same genre on the Nintendo Switch.

Bulb Boy has a vibrantly dystopian setting, with joyful tones that make things just a little uncomfortable. The game executes the feeling of unsettling perfectly, really bringing a flavor all of its own.

Bulb Boy has absolutely no dialogue, which certainly is a point in its favor (sure makes localisation easy). Instead of relying on text, the game’s characters are very expressive, leaving you to instantly understand the context rather than having to shift through dialogue. And besides, the expressions on each character are often priceless.

Majority of the narrative is a little nonsensical, with bizarre occurrences that you can barely make heads or tails of, but the gist of it is rescuing your grandfather and flying pet dog from the monsters. In between scenes, there are flashbacks that show what life was life before the crazy mutations. These playable scenes act as nice fillers, keeping the game flow at a nice comfortable pace.

The game’s use of lighting is phenomenal! Not only does it set the tone well, but the character you control has a light bulb for a head (hence Bulb Boy). Therefore, you are often your own lightsource, and the game comes up with interesting ways to play around with this mechanic.

Bulb Boy’s crass humor may be jarring to some, but a welcomed change of pace to others. Bulb Boy isn’t afraid to make a fart joke which if you want to implement into a game, you sort of have to go all in on.

Whilst you directly control the character, you get a cursor when focusing on a specific section from a first-person perspective. It’s surprising that these sections don’t have touch screen options in handheld mode as it feels clunky and slow with the analogue sticks.

Some sections in the game feel very slow-paced, with often clunky controls that make you roll your eyes each time you have to go back and try again.

Towards the latter part of the game, you may find yourself dying a lot. This wouldn’t usually be an issue, and there aren’t any cheap deaths, but the load screen to come back is much longer than I’d like it to be.

Bulb Boy is a fantastic way to kill an afternoon. Despite some of its gameplay drawbacks, its personality and nonsensical charm spurs you on to keep playing. However as the game only lasts for a couple hours, we may recommend waiting for it to go on sale (which it often does). Just a few days ago, there were talks about Nintendo reviving a series that was ‘dead and buried’. Well, Nintendo Insider has posted that their sources believe the 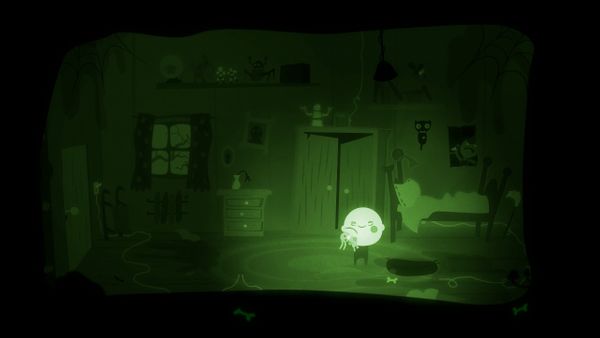 Say hello to Bulb Boy. His head is a light bulb. Bulb Boy has now found himself in a house that is full of monsters and his grandfather and flying