Recreating a classic NES platformer series, Blaster Master Zero 2’s predecessor launched very suddenly on Nintendo Switch within one week of the console’s launch back in March 2017. The sequel dropped onto the eShop in similar fashion and has aimed to improve on every aspect of its predecessor.

There are some new gameplay elements in Blaster Master Zero 2 which provides great quality of life features. For instance, your special meter refills when you drop from a great height in the GAIA-SOPHIA and when the meter is completely empty, it will slowly refill if on solid ground. Also, whilst your meter is restoring, your main weapon is much weaker and you won’t be able to use your sub-weapon. This stops players from being a little too trigger-happy with the hover controls.

As you explore each planet, you will come across maps for optional areas. These sections offer optional mini dungeons that require you to either collect a certain amount of keys, or overcome specific challenges, in order to reach the reward at the end. These rewards are often either sub-weapons, stat boosts or maps to other optional areas. Each mini dungeon is very well crafted and they encourage the player to explore as much as possible.

Blaster Master Zero 2 certainly has its fair share of frustrating moments, many of which seems to happen when Jason exits the GAIA-SOPHIA and it’s still in 2D. There’s an optional mission that requires Jason to jump from one ladder to the next and it is, without a doubt, the most frustrating moment you will come across.

Having to go into the start menu every time you want to switch sub-weapons and counter abilities can become very tiresome. I especially found this to be irritating when engaging in boss fights as I wanted to use different abilities for specific scenarios. Most often than not, instead of going into the start menu to utilise a strategy, I just simply opted to try my luck with what I had equipped and go in guns blazing. You can assign the triggers to a certain main weapon, but you can also quickly switch these with the click of a button, so I feel as though that feature should have been saved for the sub-weapons instead as they can make or break a boss battle.

Without spoiling anything, the sequel borrows metroidvania elements that enhances the games direction. This certainly added another layer of depth to the gameplay, causing you to rethink each level wondering whether you’ve missed anything else.

Blaster Master Zero 2’s HD Rumble feels incredible, from the take off of the GAIA-SOPHIA to the slamming into the ground. The rumble can also be very intense, leaving a slight tingling feeling in the palm of your hands as the Joy-Cons stop rumbling.

In Blaster Master Zero 2 you play as Jason, accompanied by Eve and Fred the frog, piloting the GAIA-SOPHIA tank in 2D platforming areas and hopping out of the tank to battle it out in a top-down perspective. Unlike the first entry, Blaster Master Zero 2 takes place in space in search of a cure for Eve. This continual progression of the story feels natural and provides a great sense of motivation for the adventure. Travelling from planet to planet provides the game with a great sense of exploration, making way for detailed environments.

The story is surprisingly engaging, feeling a sense of urgency to keep Eve healthy as you venture out to find a cure. You quickly become emotionally invested in their mission, especially if you’ve played the first game. The dialogue is well written and you come across side characters that add value to the story (despite the sometimes cringe-worthy stereotypical accents).

Lastly, there is both a bad ending and a good ending, just like in the first entry in the rebooted series. With many games adopting the ‘happily ever after’ trope, this approach presents both alternatives to the narrative.

The world designs are nothing special, but they’re a vast improvement over its predecessor. Each world certainly does the job, but it all becomes a little stale and repetitive after a while.

The maps can be a little frustrating to navigate through. Whilst they’re all laid out in a simple grid-based outline, the doors don’t specify which one leads to where, often finding yourself going through every door until you come across the right one.

Having the overworld be through space, travelling from planet to planet, gives a great sense of adventure. It also provides a nice sense of accomplishment when you see the planets of the maps that you’ve found.

Blaster Master Zero 2 could have really benefited from some autosave features. This becomes apparent when you go through a difficult section to collect a power-up, only to die on your way back to a save point, resulting in you having to do the challenge all over again. However, you can save in the start menu, so that’s nice…

The classic 8-bit design that the Blaster Master series originated from is of course present once again in the newest instalment. However, Blaster Master Zero 2 has really colourful and crisp backgrounds that makes everything stand out.

The level variety is fantastic, with a wide range of colour schemes and backdrops to really make each world feel distinguishable on their own. There are a lot of 8/16 bit inspired indie games being made now and this is how it’s done right.

The soundtrack for Blaster Master Zero 2 is very nostalgic for anyone who loved this particular brand of platformer back on the days of its origin.

A common problem with some retro-inspired 2D platformers is that the soundtrack can become very repetitive. However, I didn’t seem to experience this when playing through Blaster Master Zero 2. It all just seemed to flow quite well.

Blaster Master Zero 2 is a fantastic example of a retro reboot done right. The gameplay is smooth and engaging and it’s complimented well with the urgent planet-hopping plot. Just like with most sequels, it makes sense to play Blaster Master Zero 2 after you’ve completed its predecessor, but you’re absolutely going to have a much better time with the sequel. In Blaster Master Zero 2, there is both a good ending and a bad ending. We’ve already covered the bad ending, but there are a few requirements in 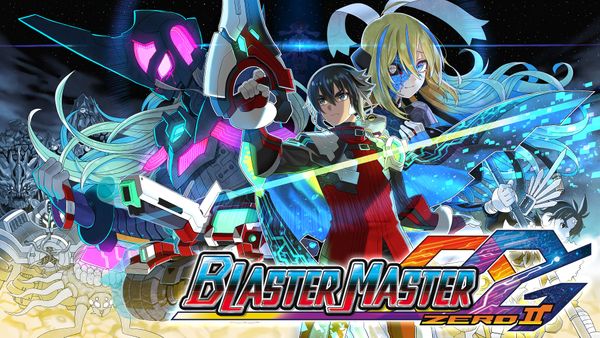