With Bee Simulator set to release on November 14th, the game is just around the corner. So, the publishers at Bigben wanted to say a few words and show off a brand new trailer:

At gamescom, BIGBEN and Varsav Game Studios are delighted to unveil a new gameplay video for Bee Simulator. See how you can spend quality time with family or friends with the different game modes available: play collaboratively or competitively with up to four players.

See the world through the eyes of a bee in Bee Simulator! In a world inspired by iconic Central Park in New York, you play as a pollinator bee who has set up home with the rest of your colony in one of the park’s trees. Your life is turned upside down one day when humans decide to cut down your tree. The fate of your hive is thrust into your tiny hands.

With its multiple game modes and realistic open environment, Bee Simulator is the perfect family game. And as the studio worked with beekeepers during development, you can learn while having fun thanks to the suggestions and information shared throughout the game. From their means of communication and collecting pollen, to defending the hive from other insects and disease, the secret life of bees will no longer be a mystery.

Bee Simulator will be available on PC, Xbox One, PlayStation®4 and Nintendo Switch™ on 14 November 2019. Are point and click games your specialty? They have a certain charm to them, don’t they? Sometimes all you need after a long day at is to sit 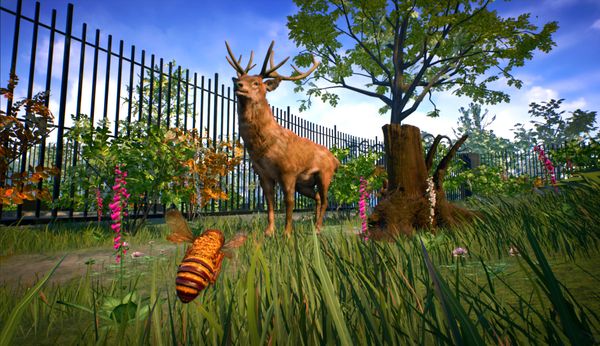 With Bee Simulator set to release on November 14th, the game is just around the corner. So, the publishers at Bigben wanted to say a few words and show off