With 15 games realeasing this week, we have a lot to go through, so let’s just get straight into it…

With an intriguing story and exciting stealth gameplay, this sequel is packed full of action as you enter the spirit realm and encounter mystical forces. With the Fear Effect system, when your fear meter rises, you will be more susceptible to injury but you will be able to inflict more damage and use more special abilities.

Unfortunately, we couldn’t find the trailer for North. We apologise for the inconvenience.

Also Released On PS4 / Xbox One

This adventure/puzzle game takes place in a classical cyberpunk setting and deals with issues revolving the contemporary refugee crisis. North focuses on exploration and simple puzzle solving in order to work out what you have to do to get to the asylum.

A sequel to the indie hit of the same name, Bleed 2 provides more fast-paced action that we all know and love. With 7 intense levels, over 25 boss fights and 2-player local co-op, this game is packed full of hectic action!

Exclusive for Switch (as far as we can tell), World Conqueror X is the new entry in the long-running series that takes a tactical approach to strategic World War II simulation games. With a focus on historical accuracy, this game recreates dozens of battles in exciting turn-based conflict.

The original Steredenn released on PC and consoles, but this ultimate version appears to be an exclusive experience for the Switch (as far as we can tell). This endless chaotic space shooter has a beautiful pixel-art style with insane boss battles and lots of action!

Also Released On PS4 / Xbox One

Scribblenauts Showdown takes the series in a new direction with an emphasis on the party genre. Play with up to four friends as you choose from over 35,000 objects from the vast Scribblenauts dictionary in order to come out on top. We haven’t seen a Scribblenauts game for a while, so having a whole new entry on the Switch is a welcomed sight.

Unfortunately, we couldn’t find the trailer for Bit Dungeon+. We apologise for the inconvenience.

In Bit Dungeon+, if you die, you lose everything and start all over. Captured by demons, you wake up trapped in a prison cell, and your friend is missing. All you have in your cell is a sword and the will to seek revenge. This hack and slash game features randomized dungeons with an increasing difficulty that will test your skills.

This collection is jam-packed full of fun games that can be played solo or with up to four friends and family. Whether you want to play a round of air hockey or defend your village against Vikings, this collection has something for everyone.

A game that is not to be confused with the hit TV Show, I, Zombie involves you playing as a zombie on a hunt for brains. The more humans that you turn, the bigger your horde becomes as you can control them to attack armed soldiers and helpless civilians.

The Men of Yoshiwara: Ohgiya

This classic arcade fighting hit allows the use of sweeping and combination attacks. With vibrant visuals and unique characters, this fighter is a fantastic edition to Hamster’s Neo Geo re-releases.

Guide a little square-shaped fairy named Midnight through obstacles matched with a dark setting and golf-like mechanics. With the choice of traditional or touch-screen controls, this game provides a lot of variety to its surprisingly in-depth gameplay.

In this platform-puzzle game, hunt for Sun-Coins, Moon-Pearls, secret treasure and hidden turtles as you level-up and discover more than 40 special items. With classic match-3 mechanics, you can play this colorful game with your friends and family and all enjoy the fun together.

Play as space captain Flinthook, armed with a mighty hookshot, slow-motion powers and a blasma pistol to fight through an infinite onslaught of randomly assembled spaceships. Fight for treasure, loot and fame as you level up and unlock new perks and powerups for the mighty captain.

This wonderfully artistic game features a traveler who has crashed on a mysterious planet. Guide him to the ninth heaven, deceive the Sun and Moon and steal their space boats. It’s an incredibly wacky and imaginative adventure that is an easy add to your collection.

Despite the long list of releases, nothing particularly wowed us. However, there are a few great games here, and out of those games our Pick of the Week is…

Scribblenauts Showdown keeps the charming visuals whilst adding wacky party gameplay. Scribblenauts entries are common for Nintendo systems, and it’s fantastic to see a new one on Nintendo’s new console.

We can’t wait to get stuck into this new Scribblenauts game as it never fails to put smiles on our faces.

The Nintendo Direct (March 2018) gave us quite a few great announcements, and instead of compiling all of the announcements into one heap, we’ve decided to split them up 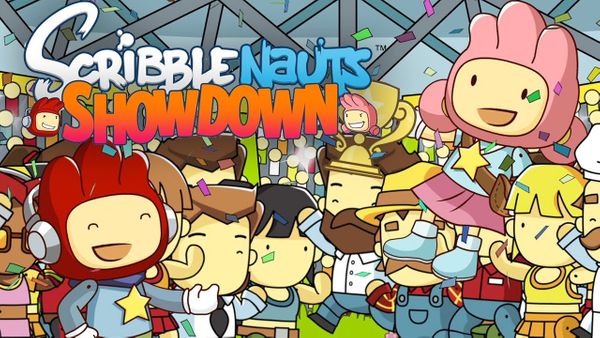 Hey fellow Switchaboos, let’s take a look at this week’s new releases for the Nintendo Switch! With 15 games realeasing this week, we have a lot to go