It feels weird saying it but with ten games being released, it’s a slow week for the Switch. But that can be justified with a certain first-party release coming out this week.

You probably already know what that game is (because there’s a picture of it just above… it’s Kirby Star Allies), but let’s get stuck into the releases…

The acclaimed bullet hell series Danmaku Unlimited arrives on the Nintendo Switch! In this classic style shoot ‘em up, this game features intense over-the-top weapons with an amazing soundtrack by Tokyo-based Blankfield. If you’re a fan of the Shmup genre, then Danmaku Unlimited 3 is definitely one to look into!

This unique puzzle game has you controlling a little white circle through a series of mazes and obstacles. With a lot of fast-paced puzzles that’ll make your palms sweat, Spiral Splatter will test your mind with over 100 levels.

Fan of Mario Kart but want to try something a little different? This wacky cart racer has you racing for your soul as you go up against zombies and the Grim Reaper himself. Coffin Dodgers is bursting with colour and personality and is simply a steal for the price.

Bingo! With four different bingo games packed into this title, you can pretend to age a few decades at home or on the go. Place the switch tablet on the table and even play head-to-head matches against your family and friends.

Have you ever been staring at your Switch just wishing that you had Mahjong on it? Well, you’re in luck! With up to 140 challenging levels bursting with its own unique personality and special moves to spice up the classic formula, now you can play Mahjong without having to pull out all those pieces.

The pink puff ball we all know and love is finally coming to the Nintendo Switch! In Kirby Star Allies, play co-op up to four players by throwing hearts at enemies and recruiting allies. Combine abilities and even take control of fan favourites, such as: King Dedede and Meta Knight in this brand new installment! A demo is available now for anyone who wishes to try it before they buy it.

Sparkle 3 Genesis has you exploring a surreal thriving ocean. Play as a tiny Spark of life that continues to grow and evolve throughout this spectacular visual experience. With 12 dreamlike levels and immersing graphics, you may just evolve a little bit yourself.

Visit Elnea Kingdom as a traveler and be free to act at your heart’s content. Meet engaging NPCs and explore a breathtaking world full of wonder and mystery. Mine, gather resources, battle and fall in love in this Sim/RPG.

This first person puzzle shooter is bursting with colour that gives off a certain Tron vibe. Use the Joy-Con controllers to shoot the obstacles and guide the ball to the other side. With more than 30 levels with more coming soon, there are plenty of challenges awaiting you.

Unfortunately, we couldn’t find an official trailer for ACA NeoGeo Aero Fighters 3. However, we did find the trailer for the second installment, just to give you an idea of gameplay. We apologise for any inconvenience.

With another Shmup game releasing this week, Aero Fighters 3 has been reborn in this fast-paced action pack classic. Ten teams comprised of 14 humans and two animals work together to save the world, with route selection and multiple endings.

Do I really have to hype up this one?

Surprise! I bet you didn’t see that one coming.

But in all seriousness, this is the first HD Kirby game that doesn’t involve us looking down at the 480p Wii U Game Pad.

The visuals for Kirby Star Allies look stunning, the gameplay seems as tight as ever and throwing hearts and enemies and making them your friends looks adorable!

From what we’ve heard with previews, Kirby Star Allies really shines when playing it in co-op. So get your friends and family around the TV, pass them a Joy-Con and have some fun together! Considering we got Bayonetta and Cloud as DLC in Super Smash Bros. for Wii U & Nintendo 3DS, we now feel as though anything is possible. So we decided to 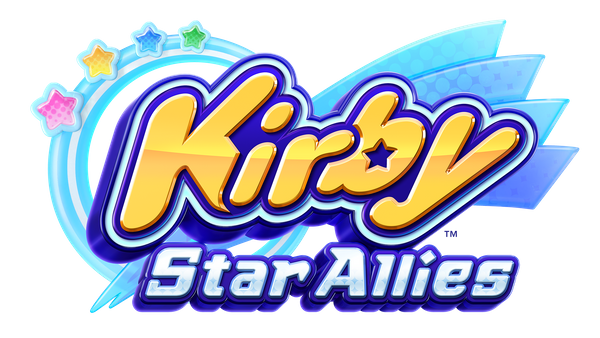 It feels weird saying it but with ten games being released, it’s a slow week for the Switch. But that can be justified with a certain first-party release